The News About Guns: What Do We Really Know? 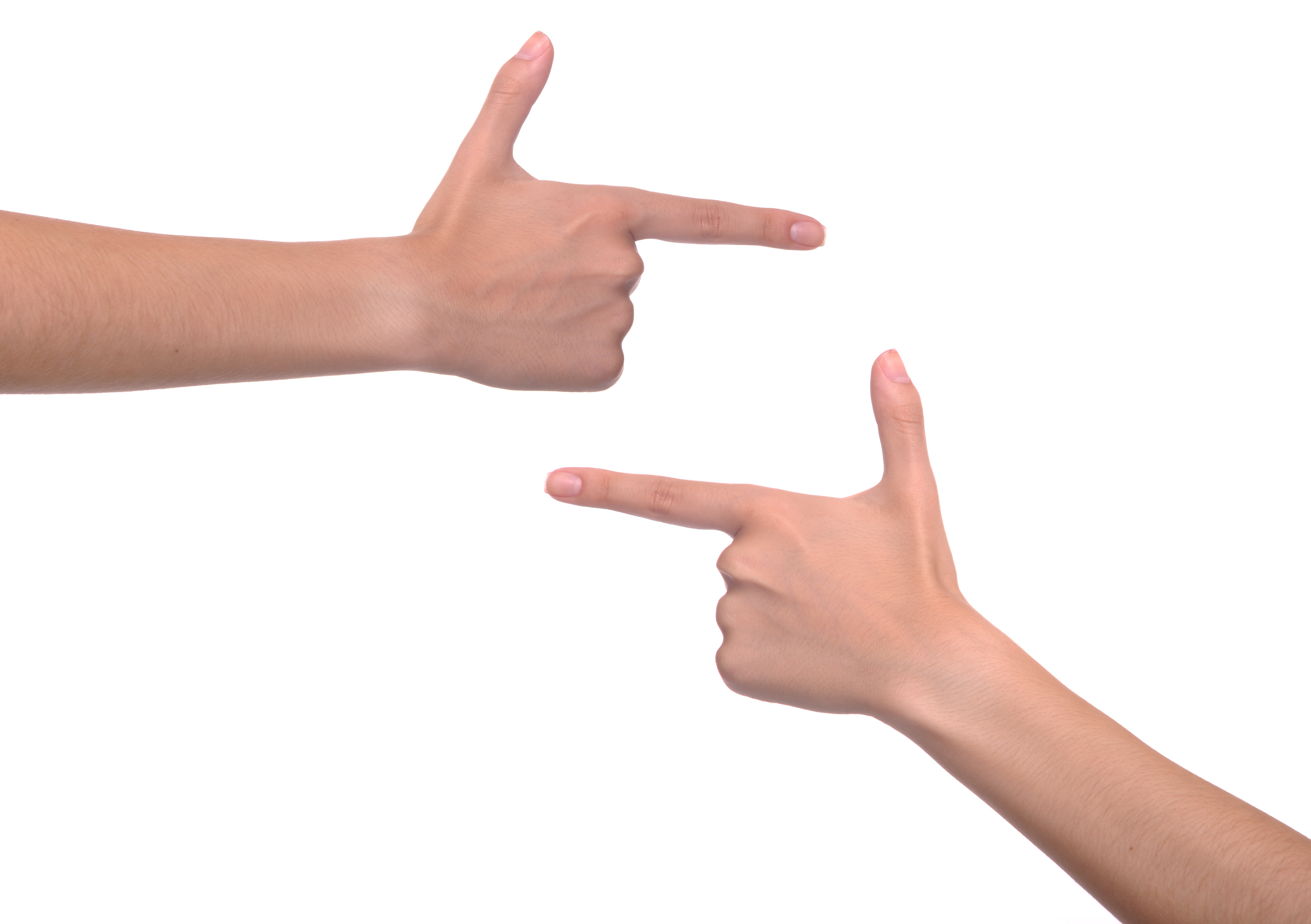 War, a wag once said, is God’s way of teaching Americans geography.  If that’s so, guns appear to be the divine intervener’s tool to show them what Kafka is all about.

From a Buffalo supermarket and Texas school to a Tulsa hospital office and Philadelphia street, mass shootings have minted a form of ritualized news coverage that sadly in no way lessens their grief. The politics that surround the tragedies are similarly pro forma. Like a theatrical classic’s stage revival, the actors follow a script Americans can repeat word for word. The news reports the event, then the political kabuki. Unfortunately, despite the seemingly endless airtime and spilt ink, what Americans read and watch about gun violence doesn’t even come close to capturing its cost or the country’s profound failure to stem the carnage.

Mass shootings are defined as events where four or more people, not counting the trigger-puller, are killed or wounded. This year they total 240 as of June 6. The news media have done well in most cases in reporting their details in near real time. But with mass shootings averaging more than one a day so far in 2022, the gunplay is overwhelming print, broadcast, cable and other platforms. They rush to feature today’s mayhem then move to the next slaughter, in all but the bloodiest cases leaving the aftermath to local outlets, if anyone at all.

The breaking news syndrome similarly stymies reporting that can provide context for the Kafkaesque theater endlessly repeating the American gun drama’s lethal plot. Stories are written or aired from time to time that reference a just-published academic study, or a newly commissioned inquiry on guns and their impact. But regular, in-depth reporting on their facts -- for instance, on gun violence’s toll or new research on its politics -- is sparse, despite the daily crime scenes that warrant more than the usual "if it bleeds, it leads" three minutes on screen.

Facts, the late I.F. Stone wrote, are subversive. Arraying the facts about guns, the industry, the human impact and how the country ranks in handling their lethality makes clear why mass shootings and our failure to curb them will continue. It doesn’t take much digging. The numbers speak for themselves. Begin with the magnitude of the problem: 84 million Americans -- that’s 70 percent of all people 18 years or older -- own guns. That’s 120 firearms for every 100 people -- and gun possession is growing. Americans bought 19 million guns in 2021, the industry’s second best year ever, bringing the estimated total in civilian hands to 393 million.

As for the business of guns, it’s a big time industry. At $70 billion in 2021, the economic activity generated by gun makers, their suppliers and associated companies has tripled since 2008, according to the National Shooting Sports Foundation. Gun makers employ 54,000 people manufacturing weapons and ammunition; 115,000 work for wholesalers and dealers; 121,000 more are part of the supply chain. There are 13,000 licensed gun manufacturers, but size matters. The biggest companies -- Smith & Wesson, Sturm Ruger, Sig Sauer and Remington -- produce 60 percent of the handguns and almost half of all rifles made in the United States.

Gun and ammunition manufacturers are lightly regulated, testifying to their success in using their political weight in Washington as well as state capitals. There are no substantive requirements to be licensed as a gun maker; manufacturers are shielded from product liability; companies routinely ignore even basic government reporting requirements on weapons production; and Alcohol, Tobacco and Firearms (ATF) regulators, the industry’s federal minders, have highly limited oversight powers, operating under weak rules and budgets that tie their hands. The industry’s generous political spending makes clear it intends to keep it that way.

According to Open Secrets, a lobbying watchdog, the gun lobby laid out some $190 million on Capitol Hill from 1998-2021, spending $114 million of that total since 2013. In the same 23-year period, gun rights organizations made direct political contributions to candidates for federal office totaling $50.5 million. Republican candidates received 99 percent of those donations. The gun industry’s lobbying outspent gun control advocates by $160 million between 1998-2021. Campaign donations from gun rights groups were twice those from gun control activists in the period as well.

Like the statistics describing the gun industry’s political leverage, the facts about the costs of the violence created by its products suggest why its self-protective lobbying and campaign check-writing is so generous. A Harvard Medical School study in the April Annals of Internal Medicineexamined health care costs associated with the 40,000 Americans killed and 85,000 wounded by guns each year. Using 10 years of insurance data, the study compared health care and its costs for 6498 survivors of firearm injuries with those of 32,490 control participants. It did the same for their 12,489 family members compared to 62,445 in the control group.

The study spotlights the fact that the human cost of gun violence depicted on TV screens is only beginning when the TV cameras go dark and the yellow crime scene tape comes down. According to the Harvard researchers, gunshot survivors average $2,495 more in health care spending per month than their demographically and clinically matched peers. Extrapolate those costs for one shooting victim to the 85,000 Americans wounded in a year: direct health care spending for all survivors totals $2.5 billion in their first twelve months after being shot.

The Harvard study isn't an outlier. A data base created by Rand Corporation, a California think tank, to track gun-related hospitalizations shows the magnitude of the damage guns have done in the 21st century. Gunshot wounds put 550,000 people in the hospital between 2000-2016; a body count, the Rand analysts added, that is likely understated. A 2017 study by researchers at the Johns Hopkins School of Medicine analyzed emergency room costs for shooting victims. Its researchers calculated annual ER and in-patient costs of gun-related injuries at $2.8 billion.

Will reporters who cover the next mass shooting present these facts? Does a gun industry whose products create the carnage warrant the media's attention as "breaking news"? Buffalo, Uvalde, Philadelphia, wherever; the shootings, arguments over why they occur, and the political fights over what to do about them are well known. So, what about their national impact? Crawls that run at the bottom of TV newscasts tote up holiday death tolls on the road, or the victims of floods, tornadoes and hurricanes as the natural disasters recede. But relentless gun violence? Does the scoreboard for the gun industry's lethal products even make the news?

When it come to the casualty count of dead and wounded and the cost, the answer obviously is "no." According to the University of Washington’s Institute for Health Metrics and Evaluation, the United States ranks eighth in recorded gun mayhem among the 64 high income countries surveyed by the Institute this year. Add the territories of Puerto Rico and the U.S. Virgin Islands to the statistics for the 50 states and Americans jump to sixth on the most violent list. But it's an old story.

Ask Republicans. Some 44 percent surveyed in a CBS News-YouGov poll last week said they believe that mass shootings are just something Americans have to accept in a "free society." The views of the GOPs faithful, of course, aren't a surprise. As a party that has benefited from the largesse of the gun industry for decades, neither are the actions of Republican legislators who oppose serious gun control measures.

Still, one wonders if the citizens they represent in Mississippi, Kentucky, Louisiana, Alabama, Missouri, South Carolina, Arkansas and Tennessee would agree. According to the Third Way, a progressive think tank, the eight rank in the top ten states with the highest homicide rates in the country. The Gun Violence Archive, an on-line database, also has recorded 58 mass shootings in the eight states so far in 2022. Whether or not it makes the news, it's a fact, too.