The Next Generation of Apps - Kristin Youngling 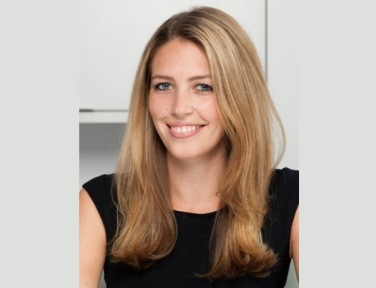 Five years ago very few people outside of Silicon Valley had heard the term “apps.” Today, it is officially part of our lexicon (per Webster’s), and there are hundreds of thousands of them available for users to download to their phones, tablets and other connected devices. The average person carries at least 65 apps on his or her phone, from the ridiculous to the sublime. There are now app conferences, app newsletters, awards and blogs… so are we apped out?

Not even close. There is a new, rapidly growing environment for apps that is quickly gaining traction with many content companies and a handful of marketers… apps for the TV. Today, there are about 60 million connected, app-enabled TVs across the country. And with smartTVs accounting for 50% of all TVs produced this year and more people than ever before connecting through game consoles, Blu-ray players, Apple TVs and Rokus, we expect this number to double in the next 3 years. As consumer familiarity with and usage of this new app environment expands, we also expect a geometric increase in the number of TV apps created and downloaded. Last year alone they grew tenfold! Given this rapid growth and adoption, first-movers in the space are already capitalizing on the shift in behavior and laying claim to the largest piece of the pie.

If you are one of the billion worldwide app users, this speculation comes as no surprise. Just like mobile apps, TV apps allow audiences to customize their viewing experience. And with 60% of connected TV viewers now using video apps on their TVs each week, the data indicates that just as apps have revolutionized how we interact with 2nd and 3rd screens, they will greatly alter the way we consume content and information on TV.

The revolution doesn’t stop there! For marketers, apps redefine what’s possible in TV advertising – expanding TV’s traditional mass awareness role into one of mass engagement. Apps mean brands no longer need to worry about viewers fast-forwarding through their messaging or becoming lost amidst the clutter of a 6-minute commercial break. Unlocking a world of interactivity, apps allow brands to replace passive 30-second exposures with rich, opt-in, brand interactions. And the fact that they bring web-level analytics and targetability to TV is just the icing on the cake.

Early adopter brands are already leveraging interactive inventory within existing content apps. Targeting viewers within this lean-back environment and alongside the most relevant programming, some brands have witnessed click through 10X greater than online banner ads.

Although most TV apps today are being developed by content producers and media companies, a handful of forward leaning marketers like American Express and L’Oreal have launched their own custom apps, and they are delivering on-demand, branded content with access 24/7. L’Oreal’s Next Level app on Xbox serves as a one-stop beauty and style hub for women. Within the app, visitors can watch hundreds of how-to videos, shop for products, get professional beauty advice and read Lucky Magazine style tips. The first of its kind, the Next Level certainly foreshadows the future of TV advertising, with over half a million downloads in just a few months.

Early-mover brands and content providers who have created TV apps are already being rewarded with hundreds of thousands of downloads of their apps. With the average viewer spending 10 minutes within these branded experiences and with 1 in 4 returning for refreshed content, well, it seems marketers have a powerful new channel through which to engage consumers.

So, are we apped out? Far from it, we’re just getting started.

BrightLine is an advertising and marketing firm, which creates and implements interactive TV (iTV) advertising strategies that engage target consumers in a two-way dialogue with brands, such as Unilever, GlaxoSmithKline, L'Oreal, American Express and Kellogg's. Accounting for 95 percent of all iTV activity, BrightLine is recognized as the market leader in exploiting the latest digital technologies to create interactive brand experiences for television viewers.