The Next Media Darling of Presidential Politics: Nikki Haley 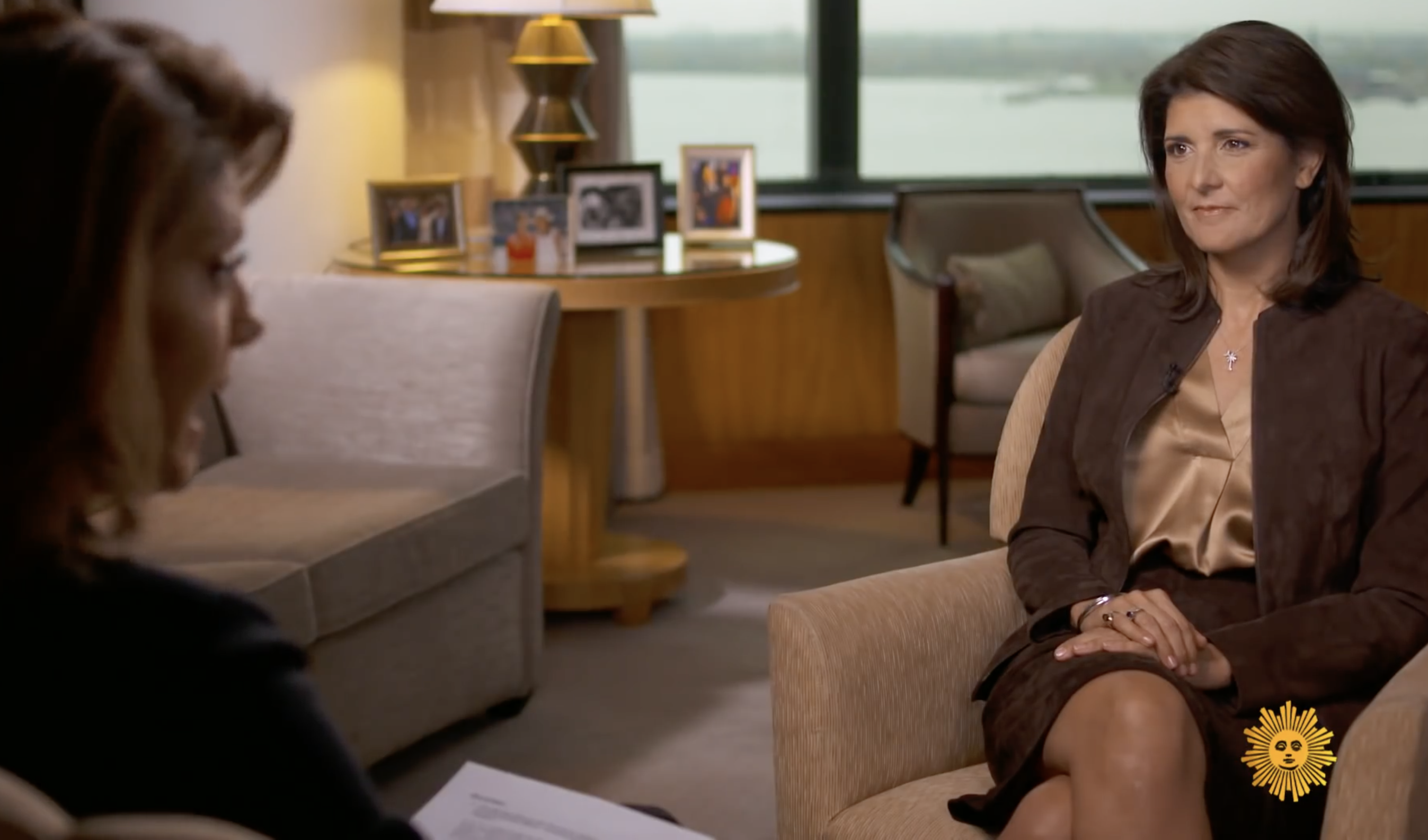 In late October, if the headlines were to be believed, Amy Klobuchar's presidential campaign was on the up and up. This was according to commentary in a number of news outlets, praising her performance in the fourth Democratic debate and holding her up as a last hope for moderate Democrats. The headlines rolled in from Politico ("It sure feels like Buttigieg and Klobuchar have wind in their sails") to The New York Times ("In Iowa, Amy Klobuchar Gets a Second Look After Debate"). Many, however, reserved skepticism, along the lines of Nathan J. Robinson's Current Affairs, when the publication quipped: "Klobuchar Receiving a Totally Organic and Not At All Media-Manufactured Burst of Attention."

There's no doubt that news media can be a kingmaker, having the power to, as Spiro Agnew put it in 1969, "elevate men from obscurity to national prominence within a week. [The news media] can reward some politicians with national exposure and ignore others." Critics on both the Leftand Right have decried Mayor Pete Buttigieg's campaign along these lines, as the definition of a media creation. But the newest media darling, who likely will have far more staying power than either Klobuchar or Buttigieg, is a Republican, a woman, and a former member of the Trump administration: Nikki Haley.

On November 10, Nikki Haley (pictured above)  appeared on CBS News Sunday Morning for an interview with Norah O'Donnell. Like most interviews with media darlings, it was more fluff than substance, with the bulk of focus spent on — since it is the 2010s, after all — retail politics, from the fact that Nikki Haley's father wears a turban, to Haley's preferred choices of footwear, to her characterization of herself as a "badass." And when Haley did dip into defending President Trump, a decision The New York Times has suggested was pure political calculation on Haley's part, O'Donnell largely left her alone, with few follow-up questions to be found. This is something that is almost other-worldly compared to how other network hosts such as Margaret Brennan, interrogate Republican defenders of President Trump, whether it be Representative Jim Jordan or Senator John Kennedy.

Subtly slipped into the end of the feature was that Nikki Haley had recently taken a seat on Boeing's board of directors and was now also pursuing "lucrative speaking engagements." If this interview had consisted of rigorous journalism, these two points likely would have been brought into focus, particularly given the degree to which voters have begun to look critically on politicians pursuing business opportunities such as these. But this point — much like Jim Mattisrejoining the board of defense contractor General Dynamics following his resignation as Secretary of Defense — also largely escaped media scrutiny.

The interview, in all, exuded a similar tone to most of Haley's other recent appearances, both in the media and within Republican donor circles: that she is the Republican heir apparent for 2024. This also comes at a time when some conservatives view Haley's identity as an Indian-American as a partial answer to the charge that Republicans struggle to appeal to non-white voters.

Although Haley publicly maintains that her focus is not presently on 2024, she has notably hinted at it. And, if you were to ask many members of Vice President Mike Pence's staff, Haley's team has been the source of the rumors that President Trump has been considering supplanting Pence with Haley as his running mate in 2020, a rumor Pence's team believes is an effort to keep Haley relevant between now and the 2024 primaries.

Be that as it may, if Haley is trying to stay at the forefront of the public consciousness, she certainly has had a lot of help from the news media this past month while she ostensibly promotes a new book. This outpouring of attention, which is also coming from outlets that can lean Left, makes one begin to wonder if a Nikki-Haley-like-character was tailor-made for the business interests of the news media. As the Democratic Party — the partysupportedby far more journalists than the Republican Party — teeters towards the far-Left, it is only natural for business-minded liberals to look for a potential horse in post-Trump presidential politics; someone not in favor of wealth taxes and "free college." News companies, like any business, might prefer a sort of Obama-like figure, who may be sensitive to certain left-leaning stances on social issues but still overwhelmingly sympathetic to big business. And Haley, though a Republican, may fit that bill.

If Haley is, indeed, as good a bet as any for 2024, it would make sense, then, for news outlets to cozy up to her. This is the age of access journalism, after all; news outlets and the politicians they cover enjoy a mutually beneficial relationship. Politicians prefer to break news with the outlets that give them favorable coverage. This brings higher ratings to those outlets, and this, in turn, incentivizes favorable, rather than adversarial, coverage. It pays to have good relationships with those playing, as President Obama put it, "at the highest levels of politics."

The genius of the Constitution, it has been argued, is that it prescribed different wings of government be chosen by distinct sources of authority: the House of Representatives by "the people," the Senate by state legislatures, and the presidency by the electoral college. But today, political candidates, particularly at the presidential level, are arguably chosen as much by the news media as by any other body. It is often simply a matter of who receives exposure and who does not.

So, even if 2024 may still be a while off, the news media has decided — at least for now — to leave behind, say, Senator Josh Hawley or Governor Greg Abbott, and instead, all converge on one former Governor of South Carolina.