The NFL Draft is In With Record Ratings. What Now? 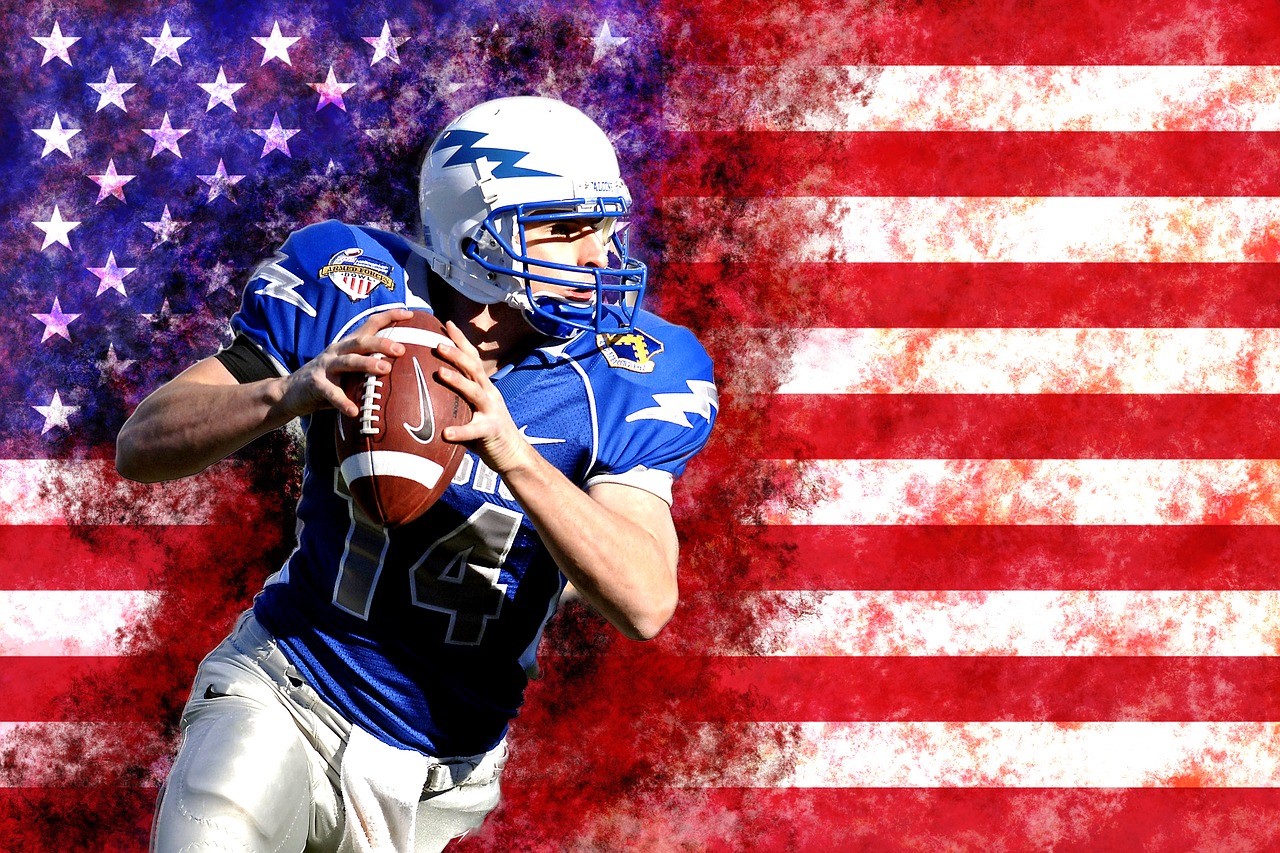 Scroll down for an update on plans for a resumption of live action sports. After weeks of hype, continuous commentary about Tua Tagovailoa's medical history and whether his stock would fall or rise, the NFL's virtual draft is a reality with 255 college players selected and a host of ratings records in the books. Over the course of some 15 hours on April 23-25, coverage by ESPN, ABC, NFL Network, ESPN Deportes and digital channels reached a draft-record 55 million viewers, according to Nielsen data, up 16% from 2019. The average audience of 8.4 million smashed last year's previous high of 6.2 million by 35%. Moreover, each round set new standards: an average audience of 15.6 million for Round 1 on April 23; 8.2 million for Rounds 2 and 3 the following day; and 4.2 million for Rounds 4 through 7 on April 25.

Those GRPs a are good news for the 100 brands that bought time in the coverage, including Lowes, which presented the proceedings overall; Pizza Hut, the sponsor of the Draft Moment; Bud Light Seltzer, sponsor of the Virtual Huddle; and Verizon, which backed Prospect Cam.

Surprising? Not really, considering we're talking America's most popular sport and a nation starved for event/live programming. What was surprising that ESPN (NFL Network, which did supply on-air talent notably Dan Jeremiah, was along for the ride simulcasting the worldwide leader's feed) made it look so easy, despite a massive undertaking. Despite having to integrate 600 cameras, the number of technical flaws could be counted on a few fingers and if cues to the wrong analysts are added to the equation, the flubs over the 15 telecast hours perhaps extended to a second hand. 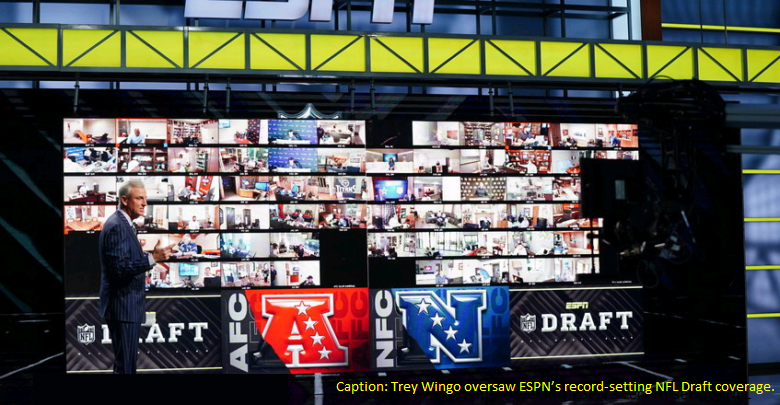 The execution so impressed Commissioner Roger Goodell that he said on air that the league wants to incorporate elements — families joining their sons in the living room to find out where they will earn they livelihoods, as well as coaches, general managers and owners and their children huddled around computers -- to the more typical draft telecast, slated for Cleveland next season. Maybe Goodell, usually as wooden as the paneled basement in Bronxville from where he announced the picks, liked his humanizing performance. While the faux booing on the video board behind him was a bust, he did get in a virtual hug (his usual function in live draft proceedings). He also emptied jars of M&Ms from his man cave, before turning to cupcakes on Day 3, when he also donned a T-shirt, sporting the message "A lifetime of NFL Sundays."

The coverage did draw some rebukes for providing the backstories of a few players with tragic pasts.

The league could have also followed the lead of ESPN's coverage of the WNBA Draft, which averaged 378,000 watchers on April 17, its most in six years and up 59% from the 243,000 on ESPN2 in 2019. Granted it was a much smaller undertaking with the 12-team league, but eight of the top dozen selections were interviewed. And the distaff league gets a pass on two who weren't: one was in Alaska where the WiFi wavered and another lives in Latvia.

The NFL Draft on its main feed featured just two interviews. Suzy Kolber spoke to Joe Burrow, the Heisman Trophy-winning quarterback, who was joined by 13 of his LSU teammates to match the record of Ohio State in 2004 as the program with the most players selected in a single season since the draft went to seven rounds. Kolber also converses with Utah State QB Jordan Love, picked 26th by the Green Bay Packers, as the would-be successor to Aaron Rodgers.

Even Tua – after serving as the subject of countless hours of commentary over the past six weeks of the pandemic-shuttered sports world -- didn't handle a mic.

While the usual comments about family, sacrifice, hard work, excitement and surprise usually devolve into the cliché of athlete-speak, promotion of next round of notables is part of the NFL Draft's function. Here, the coverage missed its mark.

ESPN draft guru Mel Kiper, who presumably can only say the Baltimore Ravens had the best draft in so many ways over the next couple of days, is about to join his partner in selection on the sidelines: Todd McShay missed the draft as he contracted COVID-19. Are you ready/interested in pundits standing in front of Lambeau Field weighing in on whether Rodgers will share the love and wisdom to his replacement that Brett Favre never afforded him?

Forgive this thought and the "Get Up" and "First Take" teams if they channel Stanley Kowalowski with a fervid "Tua" cry.

Actually, there may be some light ahead, later this week.

German Chancellor Angela Merkel will meet with the nation's 16 regional leaders to discuss whether to extend or relax social distancing restrictions in place through May 3. Leaders of the Bundesliga top two circuits say action could resume as early as May 9, without fans. Fox Sports, in the final year of contract, holds rights to Bundesliga in the U.S. 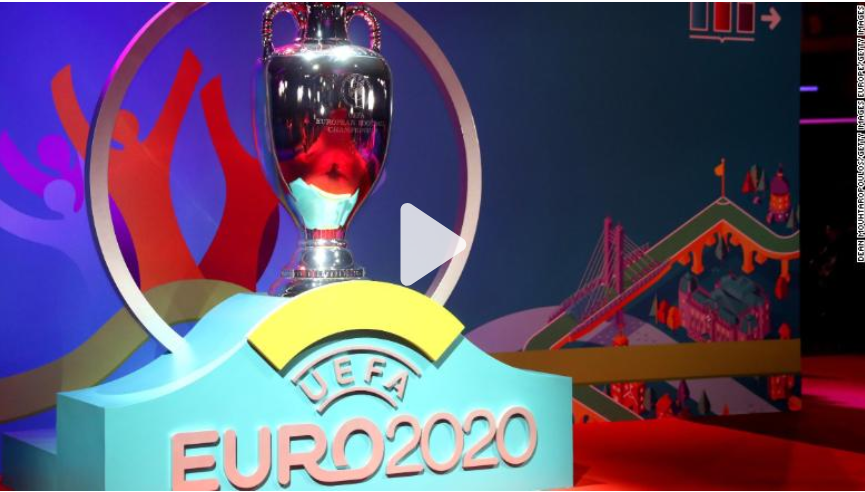 The U.K.'s Premier League has a meeting set for the following day with its 20 clubs, hoping the government will provide guidance to allow a step-up on planning for a return to the pitch. NBCU holds the Stateside rights. 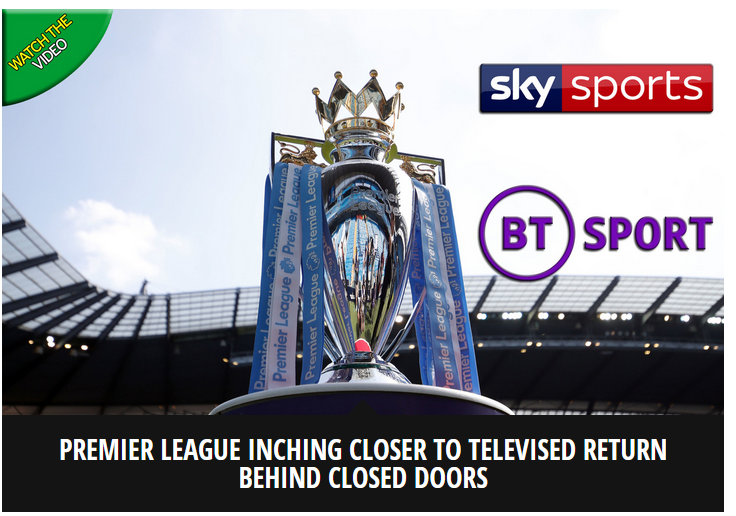 NBA Commissioner Adam Silver had pointed to May 1 as a time to provide an update on the league's pandemic thinking. Reports have the league eyeing centralized locations in Las Vegas or Disney's athletic facility in Orlando. After eyeing May 1 for the resumption of individual voluntary player workouts at the Atlanta Hawk's team facility, the NBA has pushed back on such openings in Georgia and other states that are relaxing stay-at-home rules to restart their economies until May 8. The club wants to see the impact on other businesses reopening in the region and any attendant potential health risks before moving forward. 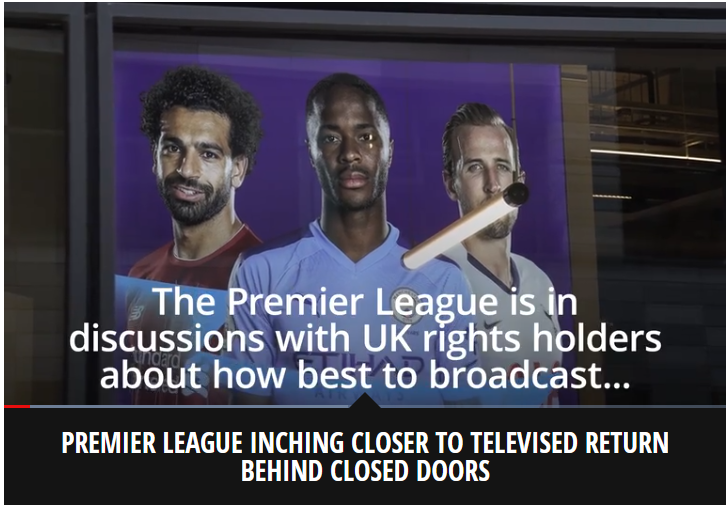 MLB is also reportedly contemplating sequestering players and providing rigorous testing, with an eye toward playing games in Arizona, Florida and/or Texas.

For its part, the NHL, which had been considering locales in New Hampshire or North Dakota, is now eyeing regional locations to accommodate its four divisions.

UFC President Dana White is pursuing a trio of events, beginning May 9 in Florida, which has allowed the WWE to live taping as an essential service.

The PGA Tour has set its sights on returning to the Charles Schwab Challenge at Colonial Country Club in Fort Worth on June 11-14,without spectators. Golf could resume earlier – TNT is eyeing a foursome of Tiger Woods and Peyton Manning versus Phil Mickelson and Tom Brady on Memorial Day weekend.

In the meantime, ESPN is reportedly eyeing a deal with the Korean Baseball Organization, with games in South Korea currently set to resume May 5.

Hopefully, we'll get answers to the question What Now? soon enough