The Night “The Voice” Coaches Turned the Tables on Critics 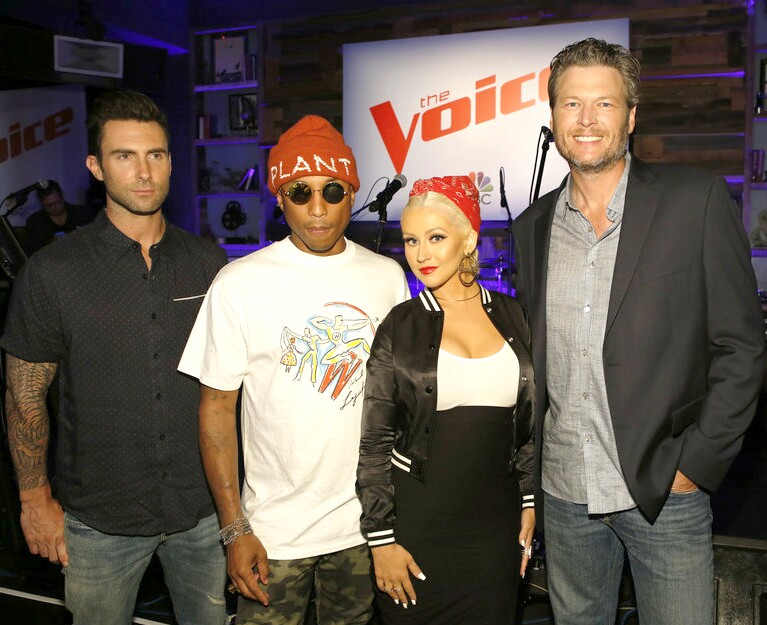 One night last week the coaches of “The Voice” turned the tables on the press and were able to judge their critics when NBC held a special charity karaoke event for Children's Hospital Los Angeles at Hyde Kitchen in Hollywood, California. All four coaches -- Blake Shelton, Christina Aguilera, Adam Levine and Pharrell Williams -- were in fine spirits as media that usually cover the show faced the music, all singing for charity and getting critiqued by the superstars.

Despite some cringe-worthy singing, the coaches took the vocal misgivings of the participants in their stride, with Levine commenting to one journalist, “What you lack in vocal talent, you more than made up for with vigor.”

Shelton later advised one reporter who really got into the performance, "Maybe not as much crotch action next time." 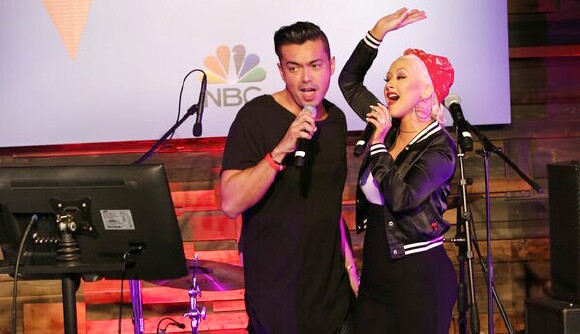 Two major highlights of the night were Aguilera and Levine actually hitting the stage for impromptu duets with members of the press. First up was Aguilera: When Anthony Ramos of “Access Hollywood” (who should have been honored as the night’s bravest participant) opened the festivities with a “spirited” rendition of Aguilera’s debut single “Genie in a Bottle,” the songstress was more than happy to help close the number on a high note. (Ramos and Aguilera are pictured above.) 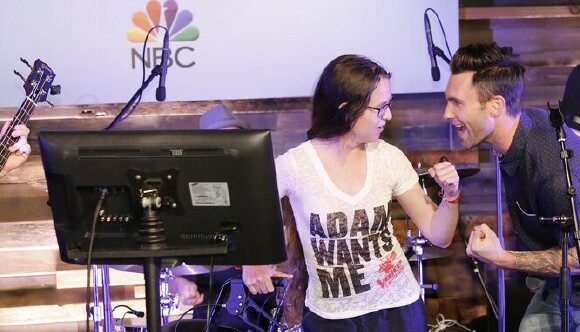 Levine next took to the stage with freelance reporter Brittany Frederick who almost out-sang Levine on his Maroon 5 classic “This Love.” “I can’t believe that happened,” revealed a bemused Frederick afterwards. 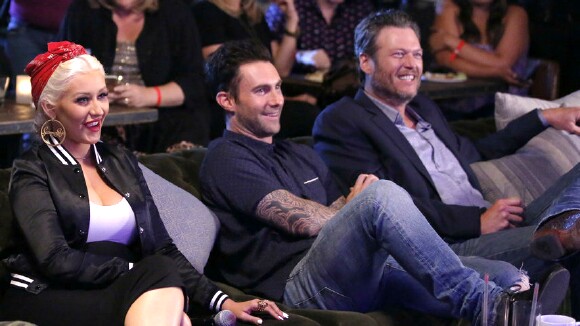 Participants didn’t leave the event empty handed. While only two had a treasured memory of singing with a giant of modern music, everyone received a nice little “I Karaoked for the Coaches” trophy for their mantles. With proceeds from the event going to a great cause -- Children's Hospital Los Angeles -- it was worth the embarrassment for the media. The coaches’ eardrums, however, may never quite recover.

The opinions and points of view expressed in this commentary are exclusively the views of the author and do not necessarily represent the views of MediaVillage/MyersBizNet management or associated bloggers.Photos by Trae Patton, courtesy of NBC.