The Overproduction of Truth 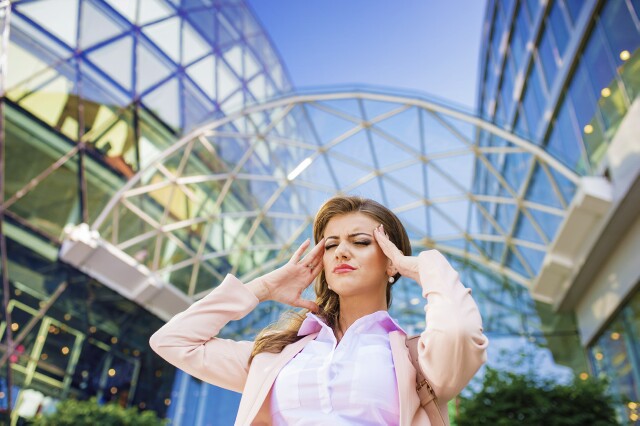 Otto Rank, the Austrian psychoanalyst, confidant of Freud and a tremendously insightful writer in his own right, explained himself thusly in a letter in February of 1933: "For the time being I gave up writing -- there is already too much truth in the world -- an overproduction which apparently cannot be consumed!"  It seems curious, of course, that one of the wisest people among us would be the one to think he ought to say less.  But, in any event, perhaps there's a lesson here for our times.

Arc Digital Editor Berny Belvedere bemoaned recently that The Hill was "[pumping] out a trillion stories per day," many of which weren't "remotely newsworthy."  He chose to pick on The Hill, but he could have, just the same, singled out just about anyone else in the online media space.  What triggered Belvedere this time was the story that former Attorney General Jeff Sessions had remarked that the current Attorney General, William Barr, has "done well" in the role.  For a political publication to write a story about one Attorney General commenting on another certainly passes the smell test for what might be considered "news," but it probably isn't "news-worthy," a distinction that is arguably quite meaningful.

Stories along these lines, which flood our iPhones and televisions, are endless.  Kayleigh McEnany, the National Press Secretary for President Trump's re-election campaign, remarked that ordinary women "tune out" Alyssa Milano.  That was a headline.  Megan Rapinoe, the co-captain of the U.S. women's national soccer team, made clear she would not visit the White House while President Trump occupied it, but she would accept an invitation from Representative Alexandria Ocasio-Cortez to visit Capitol Hill.  That clogged up part of a news cycle.  Andrew Yang didn't wear a tie during night two of the first Democratic debates.  Same thing.  They are indeed stories about politics, but creating a news environment where these stories compete with stories about more substantive issues probably has some consequences.

First of all, the pressure to churn out stories isn't too helpful for the journalists themselves.  The burnout rate in the profession is high and the pressure of following all of the goings-on, spending so much time focused on mundane events rather than important ones and filing story after story can take their toll.  Journalist Sara Coello was quoted in the Columbia Journalism Review, describing how there were record days when she had to put out seven stories for her job at the Dallas Morning News.  Now, if journalists are churning out story upon story they are likely not doing other things like reading, versing themselves in policy or just taking a step back and thinking about the big picture of things.

As the Iranian-American journalist Kambiz Tavana said, "Sadly, most mainstream media journalists do not read these days.  Being on Twitter does not qualify as reading, where sensation and clickbait have taken over."  But with the output required by many writers, how would they even have time?  Broadcast journalism might be a bit different, but it seems to have penetrated the entire industry, such as when Jonathan Haidt and Greg Lukianoff, the authors of The Coddling of the American Mind, were interviewed on CBS This Morning.  The hosts of the program, when they appeared to go off script, would only allude to topics covered in the book's first couple of pages, something painfully obvious to anyone who might have actually thumbed past the first three pages of Part I.

Secondly, it creates a situation where journalists are writing, sometimes at length, on topics they don't know a whole lot about.  This was alluded to in Daniel Kolitz's New Republic Piece "In Search of Generation Z," when the author describes being tasked with contacting a number of prominent evolutionary biologists.  When his questions to the scientists revealed his lack of knowledge of the subject, one scientist called him out and Kolitz admitted that he "was in fact totally ignorant about how evolution works."  This is a far cry from Erwin Schrödinger's observation that one "is usually expected not to write on any topic of which he is not a master."

And then there's the whole issue of when consumers start to take notice, such as Belvedere and his Twitter followers did.  There's little that's appealing about creating an environment where if everything is news then nothing is news.  Keep up with it -- or be left behind in favor of the media companies that are producing greater numbers of stories.  At present, though, this is the mindset that is the dominant one.  This model, in fairness, is what finally brought The New Yorker and The Atlantic to profitability after years in the red.  However, critics have suggested that churning out more stories about popular topics like Cecil the Lion, though more lucrative (at least for now), detracted from the quality of these publications.

It is all, of course, indicative of a climate where page views are king.  But, as another column suggested, this environment may be subject to change.  In the near future, it is certainly possible that metrics other than page views -- or a re-examination of the arguably disproportionate focus given to quantitative metrics entirely -- may begin to carry the day.  In the meantime, it's not the journalists who are at fault.  This idea of the overproduction of truth is something for editors, publishers and those higher up in the chain to sit with, especially if readers begin to associate their publication with passing off the irrelevant as newsworthy.

All the while, churning out news in volume rather than with discretion seeps into the quality of our minds and the collective consciousness of our society.  Shakespeare is, of course, still lining library bookshelves, but we're busy scrolling through Snapchat.  So, perhaps it's time to leave the occasional quasi-news story still on the whiteboard, particularly if no one in the newsroom knows a whole lot about the topic to begin with -- or as Wittgenstein implored, "Whereof one cannot speak, thereof one must be silent."