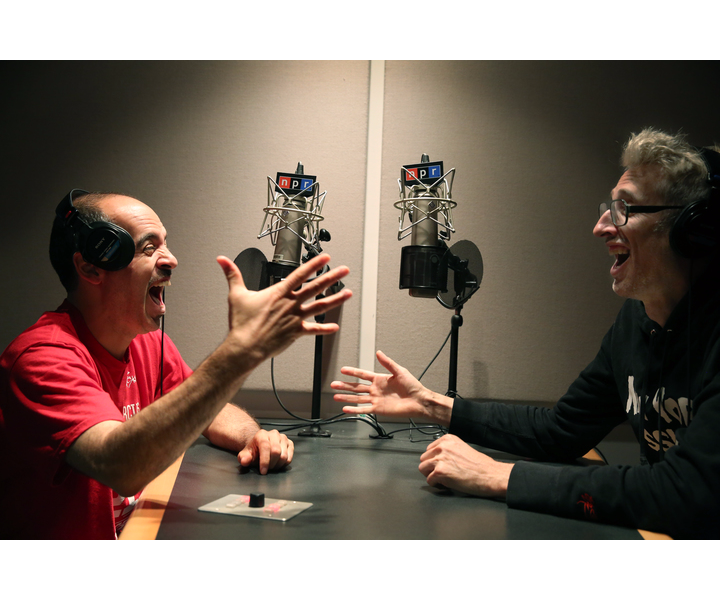 A recent Netflix original film, The Incredible Jessica James, features actress/comedienne Jessica Williams, co-host of the popular WNYC podcast2 Dope Queenswith Phoebe Robinson.  And, in a dealthat was announced late last week, HBO will produce a series of four hour-long specials with the 2 Dope Queens themselves.  While their stars are ascendant, sparked by Williams’ previous gig as a Daily Show correspondent and Robinson’s bestseller “You Can’t Touch My Hair (And Other Things I Still Have to Explain),” their success in podcasting has been a significant part of the rise.

Podcasts have become a perfect vehicle to allow for the host's personality to deepen a connection with the audience.  The varying subject matter and style further help make podcasts compelling and relatable.  Brands are increasingly leveraging the appeal of hosts but are finding they're not alone: Media companies -- from Food Network to iHeart Radio -- are also interested in working with hosts to create multi-platform content that extends beyond the original podcast.  Hosts who were beloved on radio are migrating to on-demand audio; shows that proved powerful as podcasts are making their way to radio, web video and -- a la Williams -- other screens.  This confluence is proving the power of podcasting content and personalities as attractive and viable media properties.

One prime example of a media company tapping this strategy is NPR.  Known as a leading destination for news and independent journalism, NPR's commitment to building a brand based on trust and love, which are also hallmarks of podcasts, allows some of NPR's newest digital audio entries to double down on those attributes wherever their personalities appear.

Radio veterans Stretch Armstrong and Robert "Bobbito" Garcia (pictured at top) recently returned to audio with What's Good with Stretch and Bobbito, an NPR interview podcast where the team speaks to some of the leading figures in music, entertainment and pop culture.  The broadcast legends played an integral role in launching the careers of hip-hop legends such as Nas, Notorious B.I.G and Jay-Z via their ground-breaking '90s radio show.  In 2016, they released the documentary Stretch and Bobbito: Radio That Changed Lives, reinvigorating interest in their brand as the duo had not recorded together for 19 years.  Their new program with NPR allows the company to leverage the duo's brand, while the legitimacy and trust Stretch and Bobbito originally established with their core audience lets them share a new perspective with a refreshed audience both on demand and on the road, including a three-city live tour this fall, visiting L.A., D.C. and New York.

It's Been a Minute with Sam Sanders is a new interview-based podcast that intersects with politics and pop culture.  Host Sam Sanders (pictured below), who covered politics for the NPR during the 2016 campaign, cultivated a sizeable following among radio listeners as a regular contributor to NPR broadcast newsmagazines, then to the NPR Politics Podcast.  Sanders' self-assured manner and take on conversations with talented guests provides his own eponymous podcast with its heartbeat, which will also get extended as a radio version coming to air in October, for a perfect 360o. 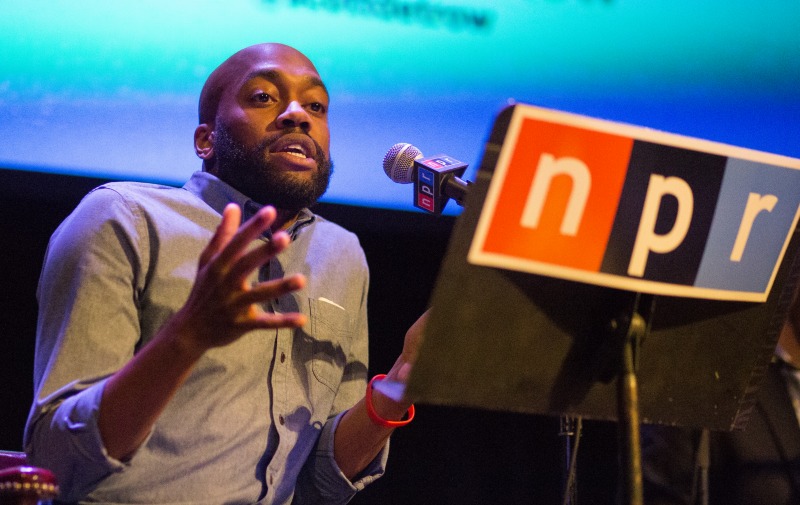 It takes foresight to access other entertainment mediums and migrate leaders to -- and from -- podcasting.  Shankar Vedantam'sHidden Brain was a bestselling book (released in 2010) about ...  Recognizing the appeal of its subsequent original airing as a weekly segment on Morning Edition, NPR added it as a standalone podcast, consistently ranking in the top 15, and now returning to extend its roots as a terrestrial radio show on the network.  (Morning Edition itself recently added a short-form, on-demand audio version that is gaining acclaim, titled Up Next.)  It is hard to argue with a successful strategy that links so closely to what audiences are responding to.

The "podcast factor" extends and includes off-air, as well, with event-first programs driving the demand for more on-demand audio from favorite personalities (think Williams again, with co-host Robinson launching their 2 Dope Queens podcast from the success of a live show).  Podcast-first programs have also both sprung into event series, such as the Guy Raz-hosted How I Built This,which has crossed into broadcast in a new weekly, hour-long joint Planet Money -- How I Built Thisand is currently on a sold out three-city tour featuring entrepreneurs, such as the founders of Reddit. And, hybrids like Ask Me Another always record in front of a live audience to tap into that palpable fan love.

The crossover appeal of podcasts is also impacting television and film.  ABC is using the true-life podcast, Start-Up, about Gimlet's founder Alex Blum, to develop a TV series, Alex Inc., starring Zach Braff.  Annapurna Pictures has optioned another Gimlet production, Reply All, set to star Robert Downey, Jr., and The Bodega Boyspodcast has morphed into Desus and Mero on Viceland.  (Read Ainsley Andrade's review of Desus and Mero here.)  The far-ranging implications for taking podcasts beyond their medium was unheard of just a few years ago, but the access to "anytime" content drives wider familiarity, which helps spark and support relevant brand extensions.

Audiences have shown that even as they have an increasing number of content options they will follow those sources that they both trust and love. This bodes well for NPR and other media companies, as well as the brands that follow the audiences that follow personalities -- now available across a multiplicity of programs and platforms.