The Programmatic Shift: A Call for Automation - John Durham 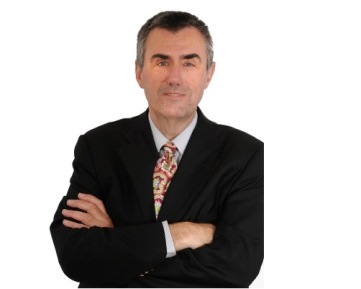 The online advertising landscape is constantly shifting, and with estimates that programmatic and RTB ad spending represent 50 percent or more of ad buying in the U.S. and 75 percent in the U.K., it behooves everyone in media to get a grip on where the spend will be and how to maximize it. eMarketer forecasts 72.4 percent growth in U.S. programmatic and exchange ad spending for 2013. By 2016, U.S. programmatic and RTB ad spending will climb to 7.1 billion . The challenge is that much of the industry still perceives programmatic as "cheap," and "remnant." The typical non-guaranteed inventory we see in RTB lacks value and, in the opinion of many in the industry, has earned the "Race to the Bottom" moniker.

That doesn't need be the case. Programmatic does not need to equal no or low value. The more time you spend carefully observing the trading desks, the more you come to realize that they're putting a lot of people and resources behind programmatic. The holding companies have figured out that this is a smart place for their clients to be.

If that's the case, why limit it to "remnant" and "cheap," and why limit the appeal to direct response? Why not expand it to premium, exclusive and guaranteed? There is a clear call here for ad networks to get in the game on behalf of their publishers and start to truly act ahead of the market rather than react to the market. The idea of a premium programmatic marketplace is right for the industry, especially when brands are looking for the best way to enter. It gives them the opportunity to produce high-impact advertising in high-quality environments at scale. That hasn't been offered previously. There may be brands that choose to steer clear of programmatic and limit their advertising to unique, one-off campaigns, but there are many who want their brand story to appear everywhere, and programmatic will allow them to do this.

The programmatic and exchange marketplace has been plagued by a lack of quality inventory, but a premium programmatic marketplace, like the one Martini Media plans to launch in late March, will merge premium inventory with the efficiency of the exchange model to deliver the greatest value to advertisers and publishers. It is time to take programmatic out of the "remnant" world and into the world of "premium." You can't fight innovation. And more often than not, that tends to mean employing more automation in whatever it is you do.

In recent months, some of the leading agencies, publishers, media companies and brands discussed the viability and level of demand for an exchange of this nature. The vested parties spoke freely and critically about the current state of the industry: Where is the market going? Is it evolution or revolution? Is there going to be a tsunami affect in 2013? Where will the revenues be moving forward? Some of the thoughts shared with me follow:

"We're excited to support the rich media marketplace because it offers the promise of bridging the gap between brand buying and the existing programmatic world," says Jonah Goodhart, co-founder of Moat. "The original concept of an exchange was about efficiency of transacting - it had nothing to do with the types of ads, formats or inventory that it would enable. Exchanges got put into a second-class bucket and they don't need to be - if as an industry we can deliver branded experiences in a more scalable way, everyone wins."

Mark Howard, Senior Vice President, Digital Advertising Strategy at Forbes Media is also encouraged by the role that the IAB Rising Stars ad units will play in the marketplace. "As we work more with brand marketers to not only qualify audiences but also to quantify the value of an exposure or an impression, it's really the Rising Stars that have leaped ahead by every quantifiable measure to indicate that users pay much more attention to them," he offers. "They're driving much higher levels of interaction, and ultimately, these marketers are benefitting from a much more substantial exchange of time and exposure in front of their target audience."

At this point in time, nobody is playing in this premium programmatic space - it's completely nascent. And when you bring rich media and content into it, it has the ability to be an incredibly strong play. I believe Martini's exchange will be a successful endeavor for two important and intriguing reasons: (1) It offers rich, quality content, and (2) it offers rich media units at programmatic pricing.

As an industry, we will soon be arriving at the point where all advertising across all media will be bought and sold programmatically. Automation is a call that we will all have to answer, but the key to succeeding with programmatic efforts in the future will be the decision to answer with a premium push.

John is Managing Partner and CEO of Catalyst S+F. He can be reached at durham@catalystsf.com.

Managing Partner and CEO Catalyst S+F Among the first wave of marketers to grasp the potential of digital, John began to focus on exclusively on interactivity in 1995. He never looked back. Over the course of his career, he’s held a number of leadershi…