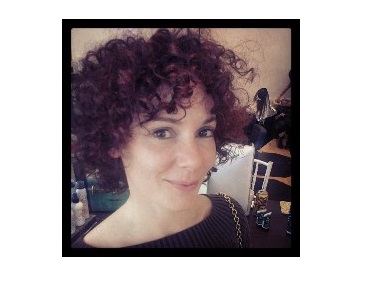 While US brands spend around $70Bn a year on TV advertising, the smartphone revolution is creating opportunities for a new type of campaign called “multi-screen.” Its promise? Let consumers engage with their favorite brands when and where it’s most relevant and keep the conversation going across devices. While it’s still the early days and the key components of the enabling ecosystem are just being set up, some innovators have experimented successfully and been able to monetize TV consumption on mobile and online channels. But one question remains unanswered: What will it take to unlock TV consumer data for use by digital ad networks at scale? Multi-touch attribution is a possible answer.

US adults spend a whopping 250Bn hours a year watching TV. 99% of the US population owns at least one TV, with an average of 2.5 TV screens per household. According to the Collective Advertising Playbook, the top 10 US advertisers spend 60-80% of their media budget on TV. These are big numbers!

But as people spend more time consuming media on non-TV screens, advertiser budgets are adjusting. Collective estimates that multi-screen advertising will grow from 20% of ad budgets to 50% in the next three years. Why this explosion? In the US, smartphone penetration has reached the mainstream (50%,) and 20% of people have purchased a tablet. As a result, people own twice the number of devices today than they did in 2000 (four per person) and spend as much time consuming media as working and sleeping combined (75 hours weekly,) according to research firm YuMe.

Brands are taking different identities on different devices, which allows them to build deeper engagement with their consumers. On TV, it’s all about emotions and story-telling. Ads are created to grab attention with exciting, emotional, high-quality content. But the most creative ads aren’t always the most effective. Research firm YuMe claims that the best performing TV ads are the ones with a clear call-to-action driving to the brand website.

On PC/tablets, people tend to be more rational about their interactions with brands, possibly because the level of creativity lags when compared with TV ads. Video ads are much more effective than banner ads. (According to YuMe, they lift purchase intent 2-3 times more than banner ads.) And while both video content and video ads get more attention from consumers online than on TV, attention drop when screen switches from content to ads is 3 times larger on TV than online, says IPG Media Lab.

Mobile is where brands build personalized, almost intimate relationships with consumers. Mobile is the perfect device for hyper-targeted advertising, e.g. location-based, especially since Apple recently released iBeacons, which let tiny wireless transmitters push targeted notifications to nearby smartphones (something Android has supported for a while). This comes with a number of privacy concerns which haven’t been fully addressed yet.

Because they deepen brand engagement, multi-screen campaigns are effective at getting consumers to take action, says the Interactive Advertising Bureau. Early multi-screen success stories include: Augmenting reach by getting through to audiences traditionally missed with TV, increasing frequency with multi-screen media mix optimization and conquering new consumer segments through targeting competitors’ audiences.

The pioneers who executed the first multi-screen campaigns are startups which have come and gone over the past 2-3 years, like Miso, GetGlue (recently sold to iTV) and IntoNow (sold then shut down by Yahoo!). Mostly, scale is what these startups lacked. When people multi-task while watching TV, they are on the web or social networks and don’t typically interact with third-party apps. Brands need to reach them where they are, as opposed to try and get them to a destination. Hence, large scale digital ad networks are eyeing the opportunity. Rich of the learnings from these pioneers, they are placing their bets. Comcast is building a proprietary end-to-end solution, Apple may make a move and AOL made a few strategic acquisitions.

A digital advertising network that can be optimized for reach and frequency in near real-time to maximize conversion is one piece of the puzzle. The two other critical ecosystem enablers are the digital set-top box, a translation tool that allows TVs to communicate over the internet with digital devices and feeds a large scale, anonymized consumer database indicating the profiles of specific audience groups; and unified measurement tools and methodology, such as A/B testing to identify the most effective combinations of TV and digital.

Using a consistent set of metrics is critical to evaluating multi-screen campaign success. But when it comes to measuring performance, traditional and digital media don’t speak the same language and forcing one system on the other could prove as challenging as imposing the metrics system upon US consumers. According to Nielsen and the Association of National Advertisers Metrics, advertisers lean toward effectiveness metrics, such as reach, frequency and GRPs; and brand metrics, such as awareness, likability and purchase intent. These originate from TV and are foreign to many digital platforms that typically track click-through rates and downloads.

With consistent metrics in place, the promise of multi-screen advertising may come true: Being able to trace every single purchase back to the sequence of impressions that led to it across all screens, something experts call multi-touch attribution (MTA.) With MTA, a brand will know precisely which demo video on which site led to a sale, which product comparison service made a difference, which coupon tipped the decision, etc.

MTA could get cable and satellite providers to price their consumer data, which they have so far been reluctant to share because the revenue opportunity is not as juicy as what they currently capture by maintaining their walled gardens and because sharing consumer data represents a significant privacy risk.

While many obstacles remain before this becomes a reality, ad networks could run powerful mobile and online retargeting campaigns based on TV consumption data.

Sophie-Charlotte Moatti (SC) is a driven general manager who builds and leads teams that transform technology companies into mobile-first organizations. The mobile services she created are used by billions of people and have won industry awards such as Emmy nominations. Prior to joining Facebook, SC successfully sold the mobile company she founded and was general manager of a top 1% mobile commerce app at Nokia. Connect: linkedin.com/in/scmoatti, @scmoatti, facebook.com/scmoatti.

Sophie-Charlotte Moatti (SC) is a driven general manager who builds and leads teams that transform technology companies into mobile-first organizations. The mobile services she created are used by billions of people and have won industry awards such as E…