The Road Ahead: Automaker Ads Tiptoe Around Face Masks and Other COVID Signifiers 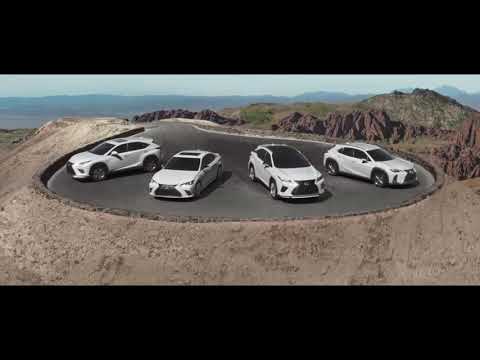 Automotive marketers are anxious to get out the message that the showrooms are open, and that buyers can hit the road this summer, but they're being very careful in how they communicate that message. The imagery is important, and—with face masks, for example—can be a flashpoint.

Some of the signifiers are subtle. For instance, a Lexus ad called "The Road Ahead" asks, "Of all the places you're looking forward to, where will you go first? Wherever you go, Lexus will welcome you back." There's no mention of COVID; there doesn't have to be—it's assumed. The ad is supremely vague—it features the open road, a driver, and possible passengers you can't quite see, and a Lexus making fast progress to somewhere. It's not going to be overtaken by events, watch the video above.

The message has pivoted from "we're in this together" (without specifying what "this" is, and featuring first responders) to "we're going to keep you safe" and now, with motorists perceiving their cars as sanctuaries from the virus, the open road beckons. It's actually a tweak of how automakers market SUVs even without COVID—the "freedom" appeal of the whole category means that visions of empty roads and outback trails are frequently included. A recent discussion with Toyota marketing people at the launch of the new Venza crossover reveals that the imagery is analyzed carefully.

According to Angie White, senior manager for crossovers at Toyota Marketing, "We want to communicate that life is normalizing, but we have to work within the current realities and don't want to go too far. So no family reunions"—a known way to spread the virus, along with crowd scenes.

To that, Ed Laukes, group vice president at Toyota Marketing, adds that the internal discussion at the company included whether to show or not show people in masks. There's no worry with the cars, but a lot of questions around the people shown driving them. Masks? One person or two? Kids in the back?

Laukes emphasized that all Toyota ads have to conform to CDC guidelines. And he pointed out that buying a car is aspirational. Consumers are going to want to see vehicles under consideration potentially enriching their lives, not being scary. "It can't just be this particular moment in time, which will pass eventually," he said. Since the COVID situation is fluid, Toyota has looked at ads for cars like the new Highlander in different versions, reflecting positive or negative virus situations.

Automotive News notes, "Donning masks is a polarizing issue in some circles, and it appears auto retailing is one of them." Matt VanDyke, Ford's director of U.S. marketing, told the News that some dealers are balking at masks and others demanding them. "We shared with our dealer association groups some new creative that we have developed and literally about a third of the group said, 'If you show people in the showroom of a Ford dealership and they don't have a mask on, I can't or won't use it.'"

Other dealers said face mask imagery would scare their customers and is wrong for their markets. It's a challenge to strike the right balance with the tone of the advertising and the visuals, VanDyke said./p>

The Virginia-based ad agency Tier10, which has used "Life is Better" as the base for its Honda ads, now creates two different ads for auto dealers and carmakers—one with masks, one without. According to Scott Rodgers, chief creative officer at Tier10, "I just spent the week in Detroit filming more television and online campaigns that we filmed both ways. Originally, in an effort to conserve production budgets, we tried to 'future proof' our campaigns. Now, it's just normal."

Rodgers said the dual tracks are thorough. "We are creating both versions, video and still photography, to run A/B Tests to see how consumers respond to the images. Does it really matter? Ultimately, we stand by our main objective during this time, which is being authentic. What you see on TV or online is what you see when you walk into our brand's dealerships or when someone comes to you to pick up or drop off your vehicle. This is a fluid situation and your advertising and online content needs to be fluid as well."

Back in February, Toyota's Laukes had led the launch of a new Highlander campaign with the message "Because Life is Better When You're All Together." One ad centered on "a family featuring four generations and baseball legend Jim Robinson celebrates togetherness, baseball, and their proud family legacy." That obviously had to be tweaked when COVID descended.

It's interesting that a major target for the Venza, according to Ryan Matsumoto, a Toyota marketing planner, is "boomers and empty nesters who no longer need a larger vehicle with a lot of passenger space." So the ads that work for them during COVID might be quite different from an effective Highlander campaign.

Behind the scenes, the need for social distancing while filming commercials has no ambiguity to it—crews are being tested and temperature checked, and smaller crews with mandatory masks are the order of the day. States have varying rules for masking and gathering, obviously, but the auto industry is trying to keep everyone safe, wherever they're filming.

I couldn't actually find an auto ad with face masks in the creative, though General Motors and others certainly publicized that they were making the COVID coverings.