The Six Rs of Radio: A Best Practices Guide on Radio’s Role for Advertisers 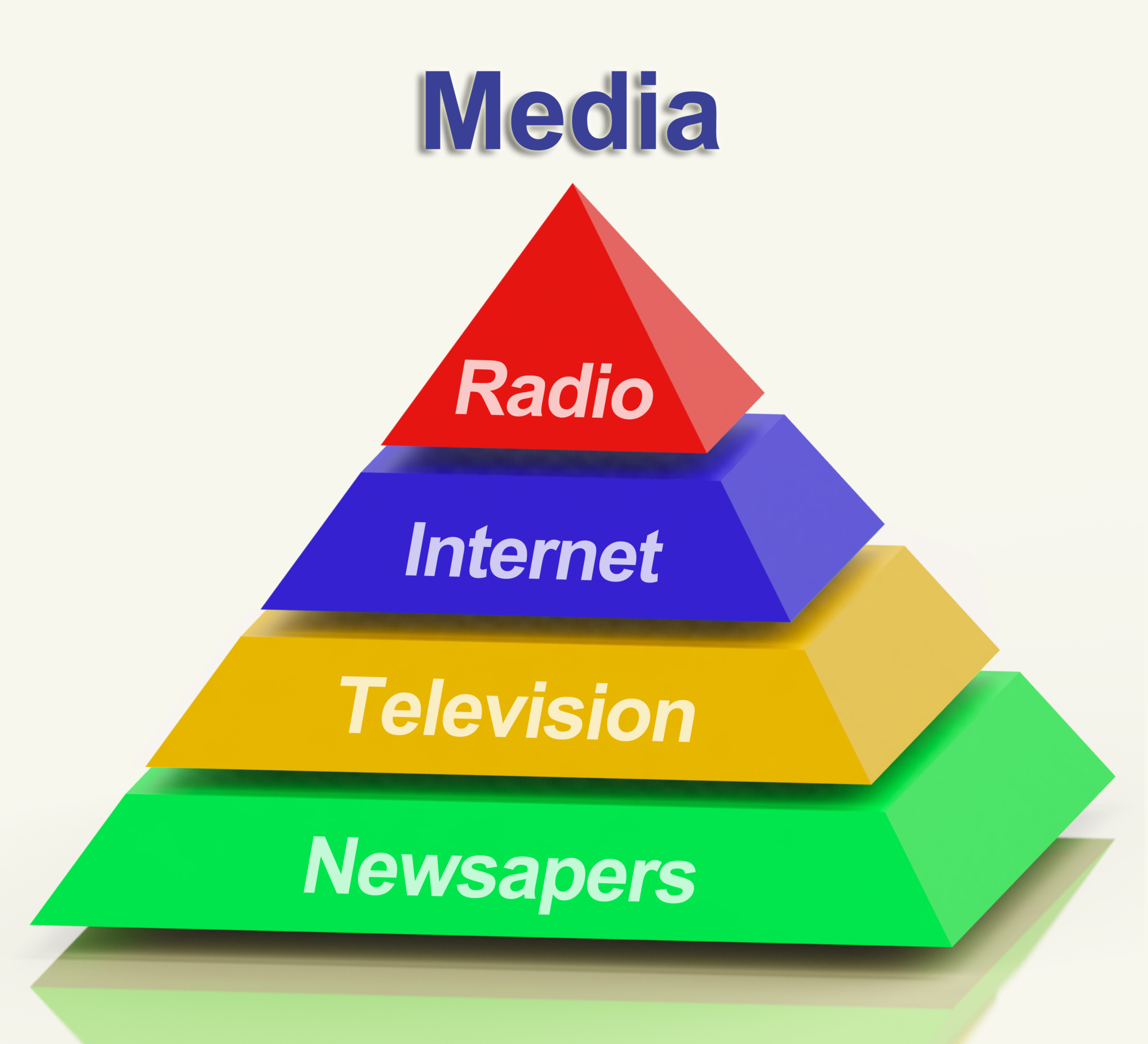 As we have seen time and time again, radio continues to be an integral part of media consumption for millions of Americans. Per Nielsen’s 2016 Audio Today Report, 265 million Americans age six and older listen to radio each week and radio leads all other platforms when it comes to weekly reach (93%) among adult consumers.  For advertisers, radio presents a huge opportunity to connect with consumers. A variety of studies and analyses helped us come up with the six “Rs” of radio -- remind, register, reinforce, relate, reach and return -- representing the benefits of radio and how leveraging this robust medium can help advertisers build winning media plans. 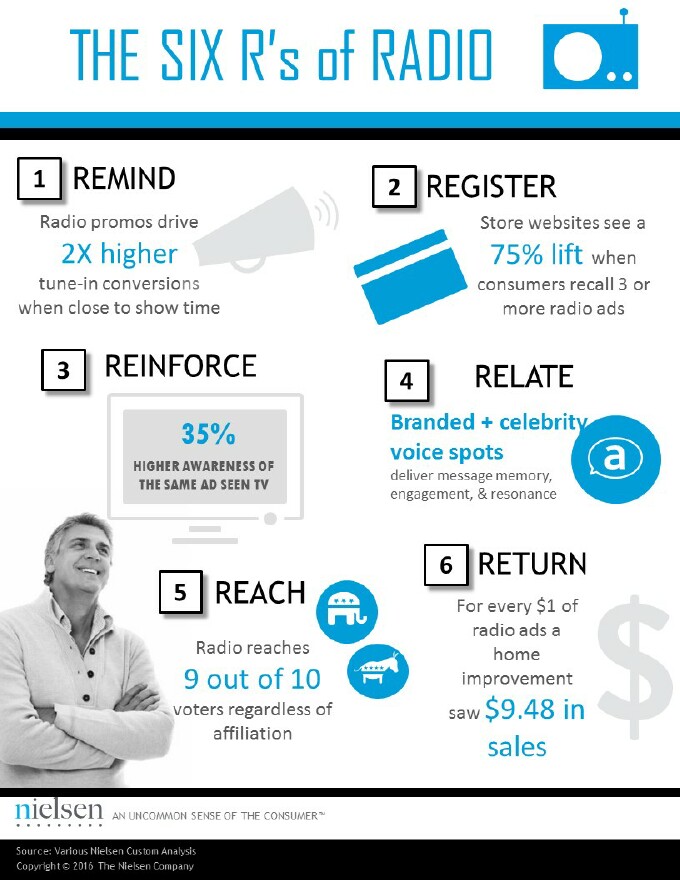 Recency matters when it comes to radio as it reminds consumers to take action closest to the point of purchase or viewing. Nielsen conducted a study with a major television network that used radio advertising on game day to drive viewers to a series of sporting events. Nielsen measured people who were listening to radio and heard the spots for the intended program. The radio ad more than doubled the tune-in rate for people who heard it within 90 minutes of the program airing.

Register: Radio Is a Powerful Digital and Purchaser Driver

Radio registers with people and leads to a significantly greater number of them going online to research and purchase goods/services. A separate Nielsen analysis found that people who were exposed to a radio ad three or more times had a higher likelihood of doing online research and taking action to purchase, when compared to those not exposed to any radio advertising. The study elevates radio’s effectiveness in driving people to a marketer’s online properties and shows how purchase intent increases with radio campaign exposure.

Maximizing the return of the total media plan is key for any campaign. Radio reinforces the advertising message consumers receive on television, digital and all other media platforms. A Nielsen study found that people who heard an ad on the radio had a significantly higher recall of the same advertiser on other media platforms, including TV, print, online and out-of-home when compared to those who had not heard any radio ads for that advertiser. For example, a consumer who was exposed to ads on the radio had a 35% higher awareness of the same ad on TV compared to those not exposed to the radio ad.

Branded and celebrity-voiced radio spots relate with consumers -- and when both types are used in combination they increase message memory, engagement and resonance. A Nielsen Consumer Neuroscience study found that branded spots without celebrity voices activated people’s memory. However, the celebrity-voiced advertising better increased engagement and message resonance. The combined power of those two types of spots demonstrates an effective way to relate and connect with consumers.

Advertisers want their ads to reach their intended audience -- and radio will do just that. Radio reaches more Americans each week than any other platform, with 93% of adult consumers (18+) using radio on a weekly basis. This is even true of Millennials, with 92% of them listening every week according to Nielsen’s 2016 quarter-one Audio Today report. Whether it is a call for a new product trial or a political message to influence voters, radio effectively delivers audiences with precision and engagement. In the midst of this political season, radio continues to demonstrate its value and rightful place in the campaign media mix by reaching nine out of 10 registered voters each week regardless of party affiliation.

With ad budgets tightening and chief marketing officers looking for higher returns from their media buys, it's imperative to demonstrate advertising effectiveness. Radio’s returns have the ability to positively impact campaign results and bottom line sales. A series of Nielsen sales effect studies across a variety of categories found that radio generates a positive return on advertising spend. For example, for every $1 spent in radio advertising a home improvement retailer saw $9.48 in sales. This type of return on ad spend and radio’s ability to better quantify its financial impact is key to attracting incremental ad dollars.

There is no doubt that radio is a powerful and valuable tool for advertisers. The medium allows advertisers to remind consumers to take action when intended. It also registers and drives online research and purchase, reinforces advertising on other media, reaches mass audiences every week and delivers positive returns for advertisers.

With each new Nielsen study the value of radio in the media mix is even clearer. It’s time for a fresh look at the original electronic media, which is still the most used by nearly every generation.

Brad Kelly is the Managing Director for Nielsen Audio.  He oversees all sales and account management activity within the United States for the company’s core Radio business unit. Kelly leads a talented team of salespeople and client service repres…