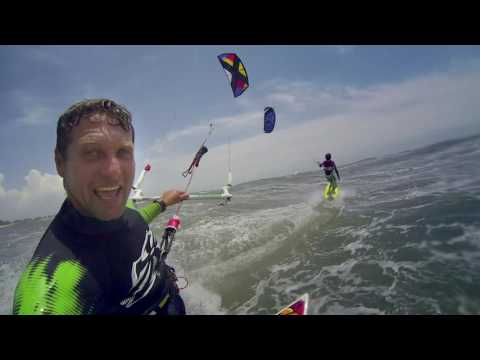 Inspired by Jack Myers' new book, The Future of Men: Masculinity in the Twenty-First Century, this is a weekly blog focused on gender equality. This week, the state of the American dad, the role of toxic masculinity in the Orlando atrocity, Michelle Obama and Joe Biden call out men and Dove celebrates fathers.

The State of American Fathers

Father’s Day is this Sunday, bringing with it a wealth of new studies about the state of American dads. In a study by Promundo released this week, there’s a disconnect between what fathers want and what they think they can do. “They may want to be equal partners, to share the joys and responsibilities of parenting with their partner, but a triple combination of antiquated gender norms, sclerotic workplace culture and lack of family-friendly policies knock that choice off the table,” the researchers wrote in Time. While men are doing more housework and childcare, mothers are still doing the majority of both:  61% of mothers in a two-parent household say they are the primary caregivers.  And while many cities have adopted paid leave policies for both mom and dad, we still have a long way to go.  Only about 13% of America’s workforce has access to paid leave and only 60% has access to unpaid leave. We also need to encourage men to enter caregiving professions, in which a male employee is a rarity, the researchers conclude. For instance, men make up just two percent of kindergarten or pre-K teachers, a number that has remained unchanged for 30 years.

Toxic Masculinity and Violence: Conversations on the Orlando Shooting

After the deadliest mass shooting in US history, many commentators are weighing in on the role of toxic masculinity and hate in recent violent, horrifying acts.  Ninety-eight percent of mass shootings are committed by men, which makes masculinity a more common feature than any other category that tends to dominate the discourse, including race, religion, nationality, political affiliation or mental illness, one commentator in The Atlantic writes. But what is toxic masculinity? In a Salon piece this week, Amanda Marcotte defined it as, “a specific model of manhood, geared towards dominance and control. It’s a manhood that views women and LGBT people as inferior, sees sex as an act not of affection but domination, and which valorizes violence as the way to prove one’s self to the world.” Marcotte also emphasizes that condemning toxic masculinity does not mean condemning allmasculinity. While gender norms shift, we need to also be redefining men’s roles, which means men have to give up some power and control and that society accepts that they are not less of a man if they do so. The New York Times also linked mass killings with a history of domestic violence against women. See the full commentary here.

This week the White House hosted the inaugural United States of Women Summit, focused on gender equality, which featured a star-studded speaker line up including Oprah Winfrey, Kerry Washington, Attorney General Loretta Lynch, Vice President Joe Biden, producer Shonda Rhimes and, of course, the First Lady herself. The summit focused on five key areas: Economic empowerment, health and wellness, educational opportunity, violence against women, entrepreneurship and innovation, and leadership and civil engagement. In the main event, Michelle Obama sat with Oprah, chatting about different stages of the First Lady’s life. The First Lady also had an important callout to the male attendees and men everywhere: “Be better. Be better at everything. Be better fathers. Good Lord, just being good fathers who love your daughters and are providing a solid example of what it means to be a good man in the world, showing them what it feels like to be loved.” In light of the recent Brock Turner case, Joe Biden also had a message for men:  Men who do not speak up against violence against women or misogynistic comments are accomplices in that violence and sexism. “We have to take off the social blinders that make it so easy for people to overlook violence rather than confront it,” he told the crowd. Watch the full speech below.

Dove Men+Care has released its latest Father’s Day ad campaign, showcasing real online footage of dads enjoying loving and adventurous moments with their kids. The ad goes through these heartwarming clips, asking “What do you call them? The ones who go the extra mile? The ones who make dreams come true? The ones who save the day? Some call them Dad. We call them heroes. Because when you care, you’ll always be a hero to someone.” Make sure to check out the uplifting video at the top of the page, and Happy Father’s Day to all!

The Future According to Women

11 Times Tumblr Cut Through the Bullshit of Gender