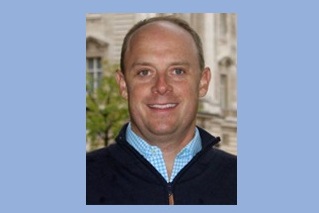 As we settle into Q4 and get a little closer to the holiday season, we've taken a moment to pause and look back at what's been accomplished over the course of the year. At Martini Media, we noticed a lot of exciting things happening with respect to digital content. Several established content brands got smarter about their digital presence. At the same time, many new brands have innovated very creatively and gained traction.

So, although it's a little early in the season, we now bring you The Martini Awards for Passionate Content 2012.

The Atlantic Media Company, parent of Atlantic Journal, Atlantic Wire, National Journal, Government Executive, and the newly launched Quartz, went native with their advertising solutions this year. The 125 year old publisher introduced Native Solutions this year, which allows advertisers to create content-based ads. These ads look like they're part of The Atlantic's own editorial content, and give readers the opportunity to engage with unique, branded experiences. A Native Solutions unit created by Porsche on the site showcased "Where Designs Meets Technology" through energetic copy and dynamic images. (While the page looked like a typical Atlantic page, it was clearly labeled as "A Sponsored Presented by Porsche.") The piece was shared 139 times on Facebook and tweeted 80 times.

Additionally, the Atlantic is running IAB portraits, one of the new Rising Star units, on several of its pages. The portraits integrate content into interactive ad units. A current ad for Prudential Retirement features HD videos, links to relevant content and brand imagery.

Honorable mention in this category goes to Forbes, whose AdVoice program also creates native advertising units. In Forbes' own words, it's "a new approach to integrating editorial content, user content and marketers' content—allowing more organic presentation of advertiser content than ever before."

Mother Jones gained a ton of notoriety this year for breaking the Mitt Romney "47%" story. After months of negotiations, a Mother Jones reporter managed to get his hands on political hot potato – a video of Republican candidate Mitt Romney insulting nearly half the country at a dinner for wealthy constituents in Boca Raton, Florida. As expected in a particularly contentious election year, the undercover video went viral and drew traffic from both the public and other media outlets - including leading The New York Times, The Washington Post, NPR and CNN to the story. Mother Jones has always been a liberal media favorite, but with that one video, it became one of the hottest online properties this year.

Have you discovered Thought Catalog yet? You'll thank us when you do. Chief blogger Ryan O'Connell has been featured in BetaBeat, HuffingtonPost, and Gawker on numerous occasions, and clearly has a talent for curating. His daily collection of 20 or so posts is consistently witty, clever and just a lot of fun. Featuring random topics and irreverent humor, the site has become a daily visit for millennials. Today's "Thoughts" ranged from "It Doesn't Matter Who Won the Debate" ("You are watching well-rehearsed technical and political stagecraft,") to "Reasons to be Wearing Uggs in 2012" ("You want something that says, 'I have a spare 150 dollars to spend on boots, but absolutely no taste.'")

In early October, the publisher launched /newsrooms, a new content marketing offer for brands, enabling them to leverage Digital Journal's platform and stable of writers to reach a few of their millions of monthly visitors. "Brands and companies have become publishers, with little choice but to address what it means to engage 24/7 with their audiences," says Sabaa Quao, Digital Journal's Chief Marketing Officer and head of /newsrooms. "At the same time, companies are guardedly watching to see if their core business will be dramatically altered, damaged, or destroyed. Now with /newsrooms, brands can scale up their interaction and collaboration with influencers who are engaging with their products, in real-time."

What's 2013 hold for the content world? As advertisers continually prioritize the need to be aligned with premium, relevant content, I expect to find a number of new award-worthy publishers to highlight.

Tom O’Regan is a seasoned advertising executive with an expertise in vertical publishing and sales strategy. As CRO of Martini Media, he is responsible for company-wide advertising revenue and operations. Tom can be reached at tom.oregan@martini-corp.com.

Read all Toms MediaBizBloggers commentaries at Through the Martini Glass.

President & CRO Martini Media Tom O’Regan is a seasoned advertising executive with an expertise in vertical publishing and sales strategy. He comes to Martini Media after a dozen year stint as head of TheStreet Inc’s media business As Sen…