The Super Bowl that Cared 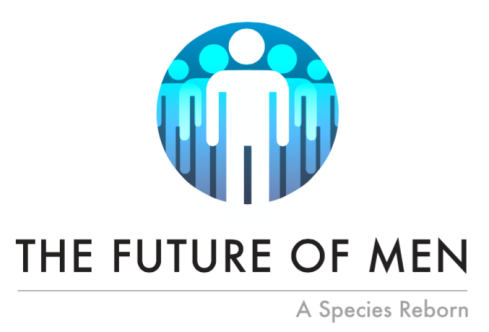 I would have preferred that the Super Bowl not be decided by a bad decision, but it still took a great play for the victor to solidify the victory. The bad decision was Victoria’s Secret’s off-target 4th quarter commercial and the great players were the several sponsors who focused on purpose-driven messages and especially on changing gender dynamics, specifically Dove for Men, Toyota and Nissan, the NFL itself, Always and enough other advertisers to suggest there has been a meaningful transformation in American culture and society – and certainly transformation in Super Bowl commercials.

The Victoria’s Secret commercial was incredibly out of context and a throwback that proves ‘men will still be men’ and out-of-touch marketers will remain out-of-touch.

Agency creative leaders may be disappointed in this year’s output from a purely creative perspective. But as an industry, we can be proud. There were more relevant commercials than ever before. Except for Victoria’s Secret and the incredibly tasteless Cure Auto Insurance Don’t Touch Your Balls commercial, this was the least sexist and least misogynistic and the most positive message-oriented Super Bowl in history.

In that context, here are my top Super Bowl XLIX commercials.

As the author of the upcoming book The Future of Men: A Species Reborn, I’m impressed that not only Dove, but several other advertisers recognized the emerging transformation in gender realities and the opportunity to lead this issue. I wish and hope they are motivated by something other than the pure marketing reality that women represent 80% of buying power and brand influence.

2. Toyota: Being a dad is more than being a father

“It’s a commitment – one that will make a wonderful human being who will make their own choices someday.” This commercial was especially effective as the lead in to Katy Perry’s “You’re going to hear me roar.” Did you notice the two soldiers entering the airport along with the daughter? A subtle and sophisticated touch.

It’s ironic that both Toyota and Nissan focused on the changing roles, values and responsibilities of men .

Playing off Harry Chapin’s classic Cat’s in the Cradle, Nissan’s #withdad commercial is exceptionally powerful, albeit the true connection of the messages to either the Nissan or the Toyota Camry brands is tentative at best. But both campaigns are relevant and important milestones.

Although I tried to avoid pre-game commercial hype, the two commercial pre-game stories that competed with “deflategate” were the NFL “911 Call” spot and the aborted Go Daddy “lost dog” commercial (inextricably linked with Budweiser lost-dog tear-jerker). The NFL’s spot continues a dialogue about sexual abuse that was accelerated by the Ray Rice case; it’s too late but not too little.

5. www.nomore.org Pledge to say no more

Together we can end domestic violence and sexual assault

What does it feel like to do something like a girl? “Let’s make #likeagirl mean amazing things. Rewrite the rules.” This is a an empowering message, all the more relevant because of the environment in which it was communicated – targeting men as well as women, young boys as well as young girls. It may be decades before “throw like a girl” is no longer an insult, but starting this conversation is a start.

“What can you do if you dream big enough and believe in your dreams. You can make it happen.” “Empowering every individual and organization to do more and achieve more.” Microsoft #empowering Again, I’m unclear about the brand relevance and connection, but the message is a valuable and meaningful one.

The 90” global interpretation of Woody Guthrie’s This Land Is Your Landmay not play in red states, but it’s again a relevant and meaningful messagefocused on “The world is a gift. Play responsibly.” But the connection to the Jeep brand is less clear, and even less clear is the connection to Jeep’s ending credit promotion for “Water is life. Help provide it.”Jeep’s support for www.water.org was explained in a press release but is far from clear in the commercial.

Another Chrysler winner, this celebration of the 100th anniversary of Dodge pays tribute to the knowledge and experience of seniors (ostensibly aged 100+). The best line, delivered by a man, is “You learn not to cheat.” Words to live by!

Ok, the commercial was horrible, but the timing was exceptional and it sure did stand out against a sea of culturally relevant and purpose driven commercials.

The Twittersphere lit up with complaints and criticism after Sarah Silverman commented “Sorry It’s a Boy” in her T-Mobile Underground Delivery Room, as she debated with Chelsea Handler over who had better coverage. (Wi-fi mobile coverage). The criticism, of course, came primarily from men. Without that line, the commercial would have been completely unmemorable.

Other commercials of note, for a variety of reasons, included Coca-Cola “Happy,” Scientology’s Spiritualtechnology ad,TED2’s “Perfect Spiral,” and most of NBCU’s promotional spots, especially for “The Slap.” My least favorite commercials were for Fifty Shades of Grey, Loctite and the Nationwide Insurance ads were just amazingly irrelevant and ill-conceived.