The Super Bowl Was a Blowout … for White Creatives 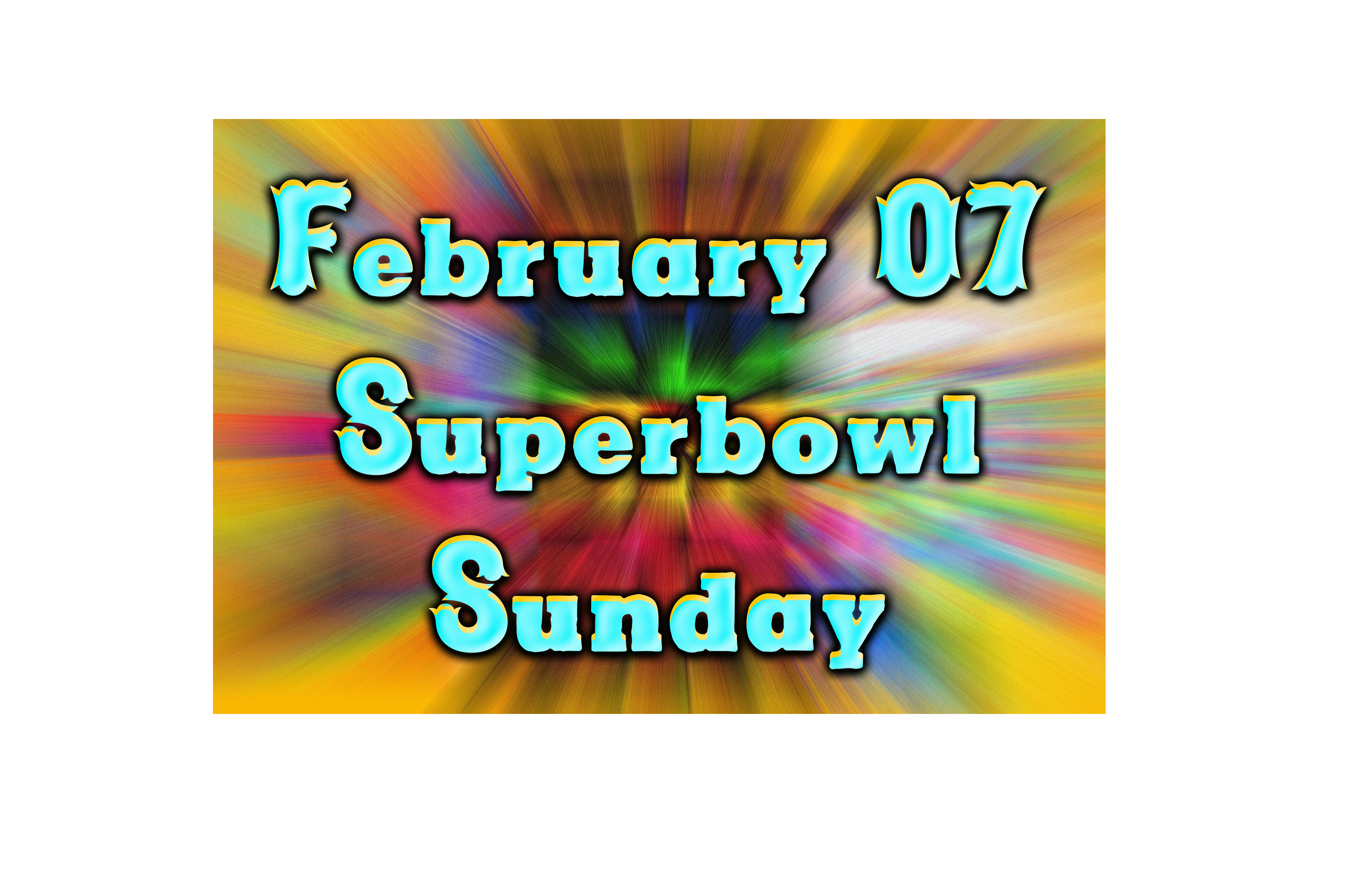 For observers of racial politics in the United States, Super Bowl LV delivered a media spectacle overflowing with historic landmarks and cognitive dissonance. While the NFL finally came out in support of Black Lives Matter with an "Inspire Change" commercial and $250 million commitment to racial justice, they still kept Colin Kaepernick unemployed and the league under the firm control of white executives (30 out of 32 teams have white majority ownership). Similarly, many struggled to reconcile the Tampa Bay Buccaneers' diverse coaching staff (including women and four Black coordinators) with the paucity of Black head coaches (only 3 out of 32) across the overwhelmingly Black league (almost 70%). And, for those who tuned in less for the football than for the commercials, the contradictions continued.

On the surface, three of the Super Bowl spots seemed to shine a particularly positive light on Black lives. The most popular ad (according to USA Today's Ad Meter) featured Tracy Morgan comically advising a Black family that, when it comes to mortgages, "Certain is Better" than "pretty sure." Number three on that list, and winner of the advertising industry's Super Clio award, was Amazon's "Alexa's Body," which again featured a virtually all-Black cast along with the very buzzy conceit of a woman imagining what her life would be like if her Amazon Alexa assistant had the voice (and body) of People magazine's 2020 sexiest man alive, actor Michael B. Jordan. And T-Mobile's "Team Anthony Anderson vs. Team Mama" included a huge Black ensemble gathering for an afternoon of family football and trash talk with distant loved ones watching over 5G.

But here comes the cognitive dissonance. It's been almost nine months since George Floyd was murdered on camera by a Minneapolis police officer, turning the summer of 2020 into a massive, global movement of marches and protests against police brutality that might be the largest in U.S. history. In the months that followed, the U.S. advertising industry, which has long struggled to hire, retain, equally pay and promote Black talent within its own ranks, joined much of corporate America in making grand gestures of solidarity along with promises to "do better" by going beyond performative allyship in order to "be accountable" and fix the numbers. Again, it's been almost nine months; that's just under three quarters. So, were it sincere, the ad industry has had plenty of time to course correct. And when it came time for the Super Bowl (a.k.a. advertising's biggest night of the year), Madison Avenue fumbled.

According to SourceCreative.com, the three ads featuring Black lives that I describe above had exactly zero Black people on the ad agency's credited creative team.

In order to better visualize the data, I've placed screen shots of the spot's on-camera talent above the headshots of the creative team (in order of seniority from left to right) along with the roles and names listed in the credits posted on Source Creative: 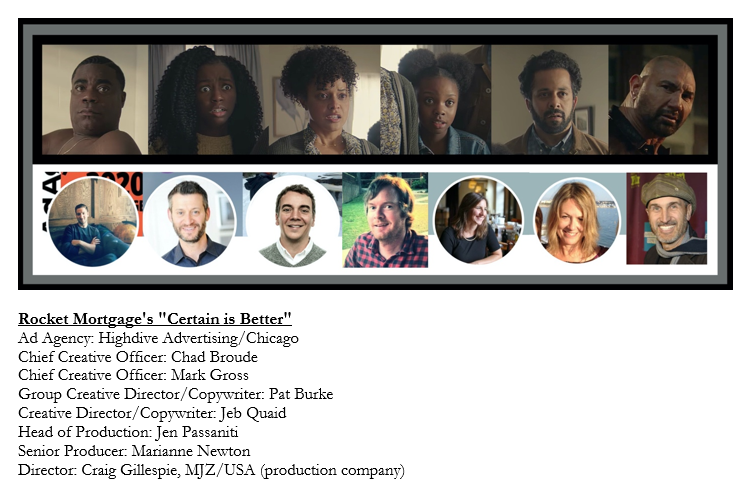 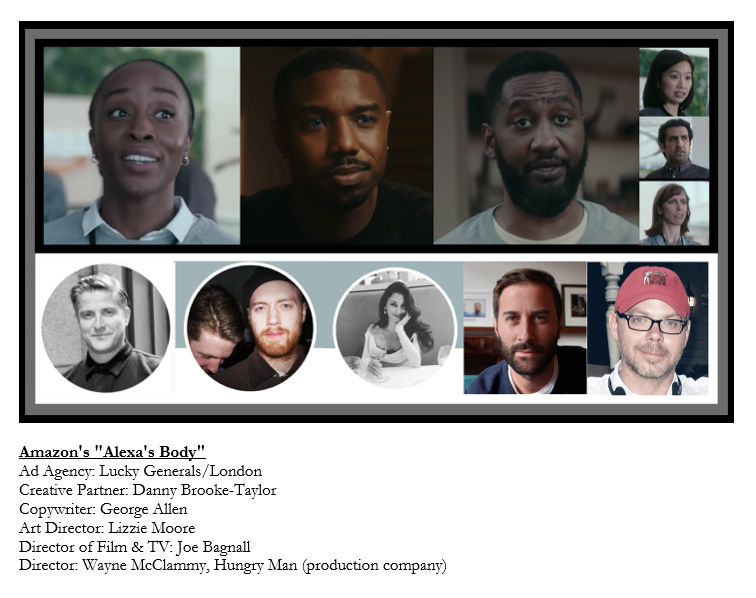 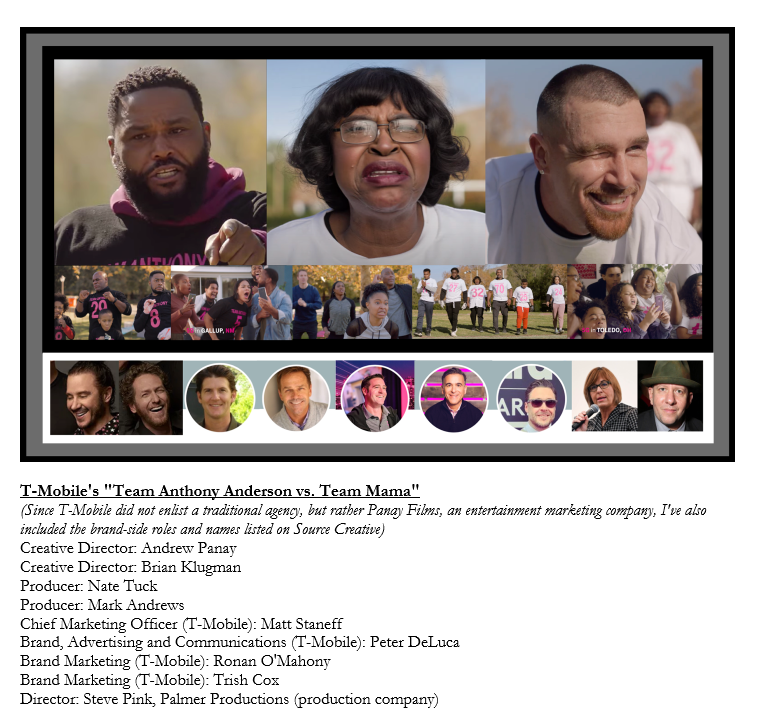 The dominance of white men in the creation of Super Bowl ads has been well-documented by the TIDES Foundation, most recently in 2015. So, this year, as the ads ran, I decided to keep score of who was sitting in the director's chair.

I tracked 62 Super Bowl commercials in all. Fifty-eight (94%) of the directors were men and, out of those, only three (5%) were Black and four (6%) were Latino. I also ran a spot-check of nearly 100 Super Bowl agency credits and could find only one Black agency employee. Furthermore, it's important to remember when Latino talent is credited on a Super Bowl ad, most have built their careers outside the United States and so are actually international hires rather than U.S. Latinx ones, such as when Dawn/Swiffer tapped a Colombian-born female director for their "Come Clean to Close the Chore Gap" ad.

In sum, Super Bowl spot directors are still a small group of white guys that work with the same small group of white-owned production companies. The relationships are durable, tend to repeat year after year, and thus create a very closed and very white system that is cloaked (and enabled to persist) by casting minorities on screen -- or what @cindygallop calls "carefully calibrated diversity" -- which can take our collective eye off the ball and help keep white creatives in control and calling plays behind the scenes.