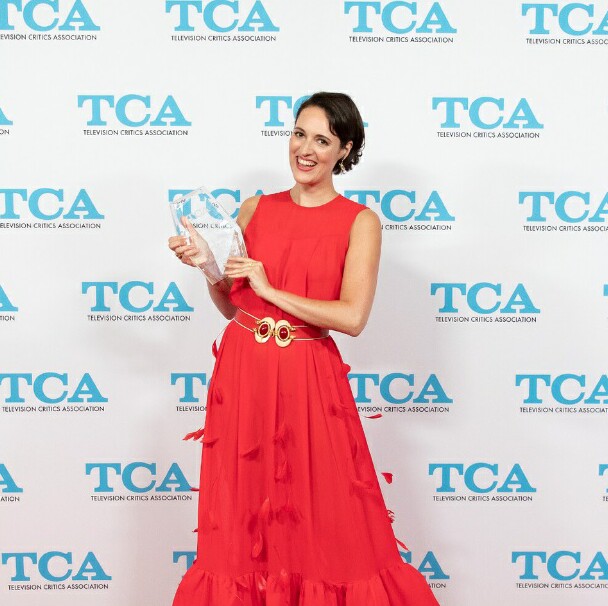 Beverly Hills, CA -- The Television Critics Association on Saturday night honored the organization's choices for the best performances and programs of the 2018-2019 television season at the 35th annual TCA Awards.  Hosted by comedy duo Desus and Mero (of the Showtime series of the same name, pictured below) the TCA’s broad membership of over 200 reporters and critics from across the United States and Canada presented awards in 13 categories including Program of the Year and the Heritage Award, which recognizes a particular series for its lasting contribution to the medium of television. 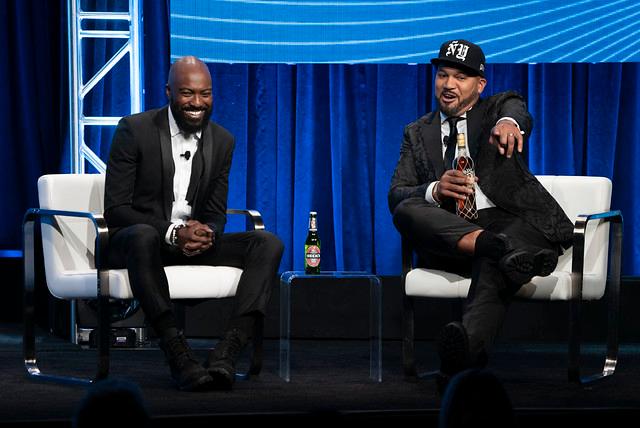 Amazon’s Fleabag was the big winner of the night, taking three awards -- Program of the Year, Outstanding Achievement In Comedy and Individual Achievement in Comedy for its creator and star Phoebe Waller-Bridge (pictured at top).  “Honestly, this was the biggest surprise and I was really emotional about this when we found out," Waller-Bridge said during her third time on stage, when she collected the award for Program of the Year. “This felt like a small show and was really about love and cynicism, but the love was received by people and given back, so this means the world to us.  Every person that worked on it broke off a tiny piece of their heart and when people watch, that’s what they feel.” 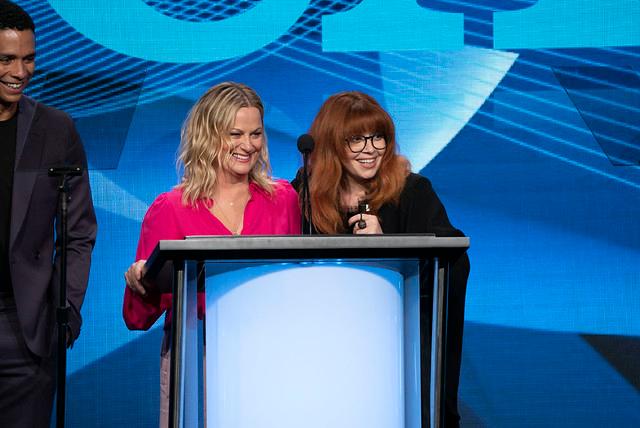 Among the other awards were Netflix’s Russian Doll (Outstanding New Program), whose star Natasha Lyonne (above right) and executive producer Amy Poehler (above left) were on hand to accept.  “I could be crying all the time with gratitude for how well the show has been received,” Lyonne said.

“We talk a lot about how we have worked on things that are good but not seen,” Poehler added.  “And things that haven’t been good seen by many.   We are proud to be seen by you in this way and we don’t take it for granted.  It’s very cool you are giving us this award as we are really proud of the show.”

It was a full-circle moment for multiple Oscar nominee Michelle Williams (below), whom the TCA first met in July 1997 during a panel for a new drama titled Dawson's Creek that was set to premiere in 1998 on The WB.  Twenty-two years later Williams again faced the TCA, standing victorious as she accepted her award for Individual Achievement In Drama for her transformative portrayal of Broadway legend Gwen Verdon in FX’sFosse/Verdon. 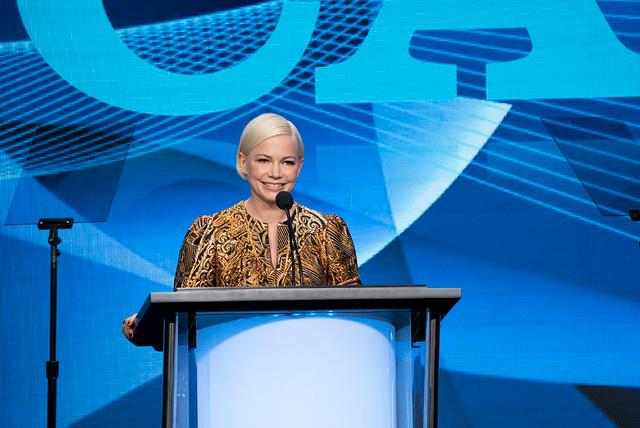 “This would have meant so much to Gwen," Williams said when she took the stage.  "She loved to give a speech.  I don’t like giving a speech.”   She then went on to deliver the smartest and most heartfelt speech of the night (and certainly one of the best in the history of these awards), reflecting on her experiences with auditions as a child actor, longing to find a TV family of her own as a part of a television series like the ones she would watch on TV.  She found it with Fosse/Verdon.  “Sam Rockwell was my dreamed-for TV sibling, my brother and playmate who made make believe feel like true believing," she said.  "Nicole Fosse is my sister, and I’m still her mother.  Now, through extension, everyone in this room [is part of my family] as I never imagined this kind of acceptance and warmth.  I wish I could tell that 10-year-old girl sitting in [those] cattle calls all about tonight.”

Netflix's Queer Eye, AMC's Better Call Saul and PBS' Arthur were also honored.  HBO’s long-since-passed western Deadwood received the Heritage Award, while its Emmy Award-winning writer, producer and creator David Milch (pictured below) received the Lifetime Achievement Award for his work over the years.  “It’s a secret how deeply we really care what critics say,” Milch shared.  “This honor is very special as each show becomes a living breathing entity and the community it creates is a part of the joy, and Deadwood felt like that for the whole ride.  I hope I have learned something over the years and gotten better as a storyteller.  Here’s hoping I have a few more stories to tell.” 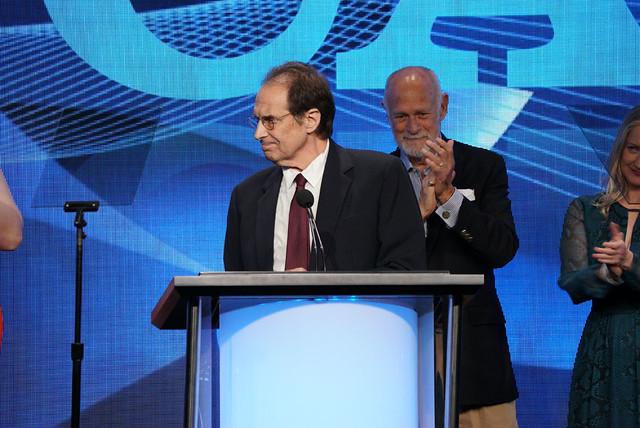 Here is a full list of the night's winners.