The Threat to Democracy in 2022: Why is the News Media Making It Worse? 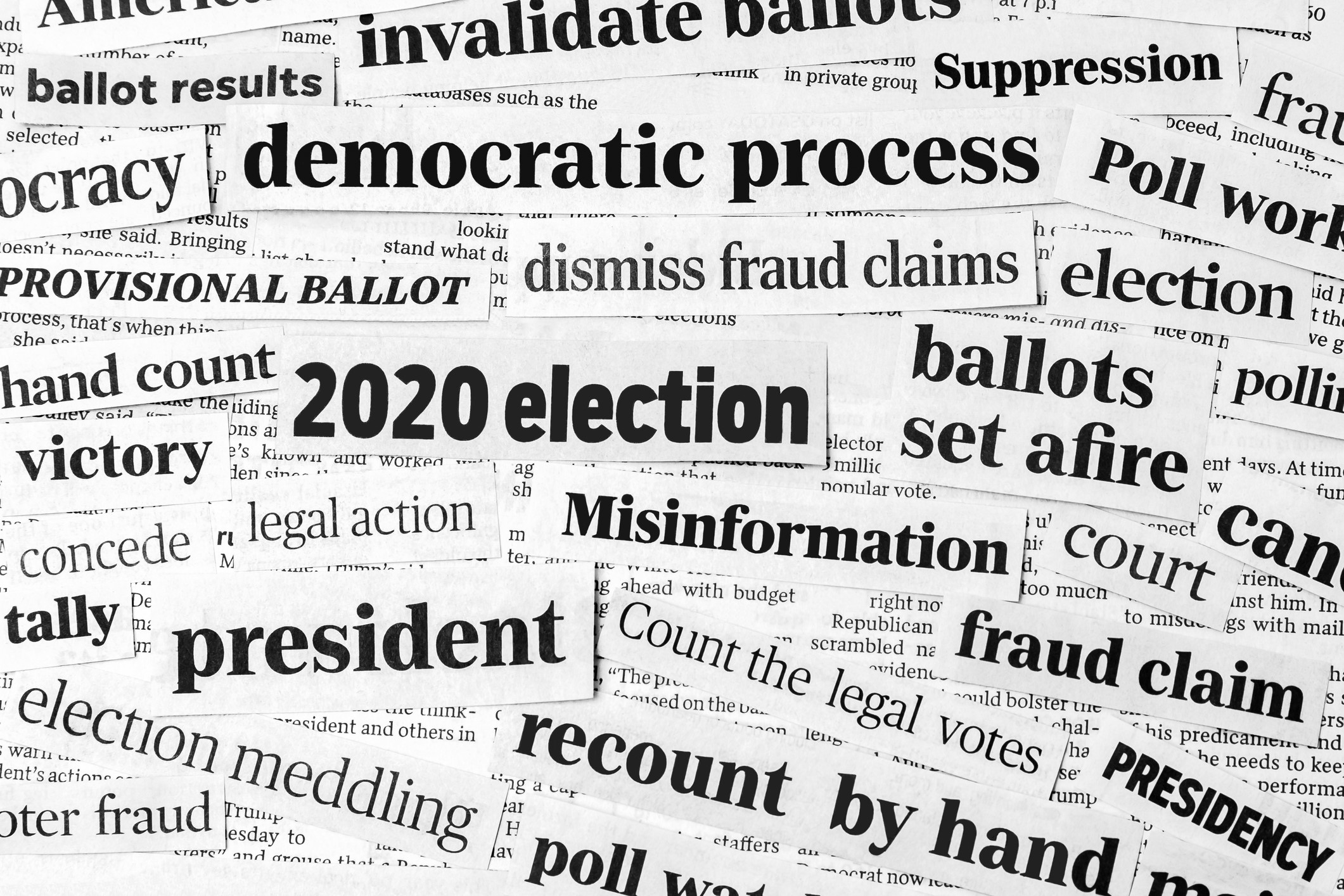 Asked how he went bankrupt, a character in Ernest Hemingway's novel "The Sun Also Rises" answers, "Two ways. Gradually, then suddenly." Hemingway doubtless wasn't thinking about the media and politics nearly a hundred years ago when he wrote his literary classic, but the line couldn't be a better answer to a 21st Century question: how did America's democracy fail? Sadly, the news media seem spring loaded to play their part in the country's continued political unraveling next year.

That Americans polarized by warring visions of reality are headed for trouble isn't a matter of debate. Nor is one of the main reasons why. Like the Protocols of the Elders of Zion, Donald Trump's stolen election lie has taken on a life of its own. Using his debunked claim as scripture, the Republican Party is flogging its bogus election security theme in dozens of states to justify new laws to repress the vote in 2022 and beyond. The GOP also is welcoming into its ranks right wing extremists and Trump cultists who refuse to accept the 2016 election's legitimacy, much less condemn the January 6th insurrection to overturn the result.

Pledging fealty to Trump, their presumptive 2024 candidate-cum-fuehrer, while embracing his prevarications as well as the far-right, and other lunatic conspiracists aren't just the Republican Party's tactics for the next election cycle. Whether it's writing laws curbing ballot box access in Georgia, or failing to denounce America's home-grown brown shirts who parroted Trump's lies while armed and stalking various state capitols last year, the GOP is assaulting the democratic process itself. Inadvertently or not, the news media is aiding its strategy by playing a fifth column role.

Let's set aside the usual Silicon Valley suspects who continue to magnify and monetize anti-democratic attacks around the world as well as at home without displaying even a hint of shame. The hollowness of social media's occasionally professed corporate contrition is only exceeded by its hypocrisy. Whether it's Facebook begging to be tossed in the briar patch of "self-regulation" or Twitter's recent discovery that somehow it missed a couple million phony user accounts, the mounting inventory of their self-policing failures and sham solutions to fix abuses threatens to crash the servers of the Capitol Hill investigators who are trying to keep up.

There's also no need to belabor the grotesqueries broadcast by Fox News. Like Josef Goebbels' Ministry of Enlightenment and Propaganda back in its day, sycophancy saturates Fox's prime time, amplifying Trump's lies and GOP antidemocratic themes. Nothing changed this year or will in the new one. Consider the texts from Trump's shills on Fox to White House staff chief Mark Meadows on January 6th when the then-president's adoring insurrectionists went out of control. The Fox stars didn't ask Trump to uphold the Constitution; they simply plead that he tell his mob to go home. Since then? The network's propagandists have whitewashed the presidentially inspired attack, blamed mythical Antifa agitators, and continue to peddle Trump's big lie.

Social media and Fox's commentariat, of course, have their assigned roles in the GOP's game plan. But the news outlets most important to the Republican strategy are smack in the mainstream. For one thing, that's where most Americans still tune to understand events. RAND Corporation's "Truth Decay" project, an effort to study the blurring line between fact and fiction in public life, made the point last year. According to its surveys, nearly three-quarters of all Americans go to broadcast, cable, on-line and print journalism for their news. They also consider mainstream news sources the most reliable. In fact, when RAND asked, television news -- broadcast and cable -- came out on top.

That's what makes their indifference to the GOP's mounting assault on the democratic process so disappointing. To be sure, broadcast and cable news' incredibly shrinking role as sources of serious journalism didn't start yesterday. As David Zurawik, the Baltimore Sun's media critic, wrote last year, "We didn't go overnight from (Walter) Cronkite to Anderson Cooper." Network news gave up the territory, Zurawik explains, starting in the 1990s when new corporate owners turned news divisions into profit centers. Today? Cue mind-numbingly repetitious prime time hours filled with reporters, paid analysts and ever more provocative anchors who talk about each other's views. Covering the crisis of democracy? Exit real reporting, a.k.a. the news.

As for providing a public service via serious journalism versus running a profit center, it appears the C-suites that own the news couldn't care less. After all, why should they? Trump's four years playing a reality TV president pushed ratings for their talk-show news formats through the roof. No less than Real Housewives of Atlanta or The View, his prevarications, Punch-and-Judy press conferences, and Clorox-to-treat-COVID infomercials amounted to a TV news producer's dream. In fact, like drug addicts in detox, network executives are still jonesing over slipping news ratings that have followed the Trump carnival's close.

Depressed or not about their outlets' ratings slump, the mainstream media's owners still make a bundle from the news. Take cable: according to Pew Research CNN, MSNBC and Fox together pulled in an estimated $5.7 billion in total revenue in 2020, netting the networks some $3.0 billion in profits. 2022 should be an antidote to any post-Trump blues. With ad spending on its election races already breaking records, the midterms are forecast to cost $8.9 billion. Broadcast and cable are projected to take $5.2 billion as their share.

It's a safe bet that network news executives are watching their revenue forecasts closely. The question is: are they as attentive to the growing political threat surrounding the election and the critical importance of broadcast journalism's role? The networks have the financial as well as human resources to provide in-depth investigative coverage that can present the facts.

Together, CNN, NBC / MSNBC, CBS and ABC have some 400 anchors and reporters in the United States and abroad. Whether broadcast and cable can provide reporting that replicates print journalism's depth, breadth and quality in prime time isn't the issue. Their commitment to make the effort is.