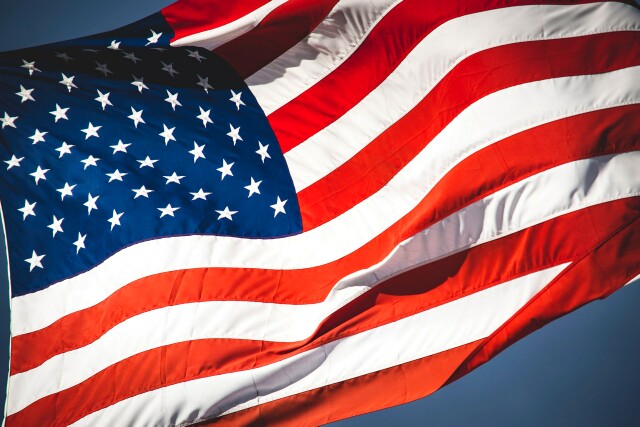 During his March 9th broadcast of Tucker Carlson Tonight, Tucker Carlson drew attention to remarks delivered by President Joe Biden the evening before, in which the President had indicated his administration was focused on "there [being] an intensity of purpose and mission to really change the culture and habits that cause women to leave the military." President Biden also relayed that, "We're making good progress designing body armor that fits women properly ... creating maternity flight suits" and that women can "compete all across the board, including on age and gender neutrality and physical fitness tests." These comments mirrored earlier announcements by the Biden administration relaxing hair styling regulations for female soldiers and permitting the use of nail polish. (Reports are also emerging to confirm that, indeed, the military is lowering physical fitness requirements for female soldiers.)

In response to this, Carlson (pictured at right) discussed his view that the United States was losing focus of the military's most urgent priority: winning wars. This was particularly pressing, given reports earlier this month that China has now amassed the world's largest navy. While the general thrust of Carlson's argument was that prioritizing 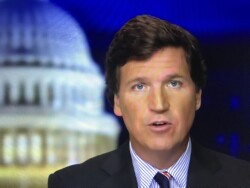 anything other than combat readiness was akin to helping China, his singling out of the aforementioned "maternity flight suits" for criticism appears to be what set off the deluge of denunciation that followed.

Various female military veterans soon took to Twitter to express their disagreement. One such veteran was Senator Tammy Duckworth, who served as a U.S. Army helicopter pilot in Iraq and lost two limbs during the conflict. Duckworth took aim at Carlson with a sharply word tweet with a touch of profanity the next day. She would be joined by other members of Congress, who had served in the military, including Mikie Sherrill and Seth Moulton. A number of media outletsalso ran pieces critical of Carlson's remarks.

All of this was, of course, more than fair game. Elected officeholders and commentators not only are permitted to express strong opinions; it is their job, just as it is Carlson's. The problem came when the United States Department of Defense and a number of senior military officers, some actually in uniform at the time their comments were delivered, joined in. In a move that certain news outlets described as "unprecedented," Pentagon spokesman John F. Kirby, along with the Command Senior Enlisted Leader of the U.S. Space Command, condemned Carlson. The Pentagon even issued a press release under the headline "Press Secretary Smites Fox Host ..."

On his Friday evening broadcast, Carlson addressed the events of the preceding days, asking in his monologue: "Since when does the Pentagon declare war on a domestic news operation? Can't remember that ever happening ... The Department of Defense has never been more aggressively or openly political." He continued: "Tonight, there are 2,500 American troops stationed in Afghanistan ... At the same time, there are 5,000 troops in our own capital tonight …" On this point, Carlson is, undoubtedly, correct. For a military that had spent the greater part of the past year espousing an unwavering commitment to avoiding involvement in domestic politics, the events of this past week marked a stunning about-face. It was hardly long ago that former Secretary of Defense Jim Mattis affirmed that there was no greater priority than avoiding tension "between the military and civilian society" or the military -- God forbid -- turning inward.

It was for this same reason that Joint Chiefs Chairman General Mark Milley apologized for accompanying then-President Donald Trump to Lafayette Square in June of last year. "I should not have been there," he said. "My presence in that moment and in that environment created a perception of the military involved in domestic politics." And as anyone who has served in the military (or is close to someone who has) knows, one cannot even wear a political pin, let alone express political views in uniform. (This is also why political candidates campaigning for office, who choose to include photographs of themselves in uniform from their service days, include in no uncertain language the statement: "Photographs in uniform do not imply endorsement by the Department of Defense.")

For a period of time that has witnessed near-constant talk about the importance of respecting "democratic norms" -- from the peaceful transfer of power, to freedom of the press, to avoiding the politicization of the military -- the events of this past week have done considerable damage to upholding said norms. We have, unfortunately, now reached a juncture where offering a criticism of a policy change at the Department of Defense can draw out the unconcealed ire of the United States military. Now, from behind the imprimatur of the largest military in the history of the world (with an annual budget in excess of $715 billion), the Department of Defense has clearly shown a willingness to intimidate those who question its policies. And, as the argument goes, if it can be done to one of the most famous journalists in the country, it can certainly be done to that young reporter toiling away in obscurity, being intimidated from following up on his leads about something the United States military might be up to.

To be clear, if one wishes to dissent from Carlson's views or provide an alternative, that is more than encouraged. If even President Biden had chosen to join Senator Duckworth in offering a vituperative denouncement of Carlson's statements, that would be fine. President Biden is, at the end of the day, elected and, thus, accountable to voters. However, for an institution that is ostensibly apolitical to so gratuitously insert itself into a domestic policy debate represents an almost crossing of a rubicon. Just as some left-of-center commentators who supported Twitter's decision to remove the account of President Trump would later express outrage that Big Tech would do the same to left-leaning groups, the key point to remember is that a principle is at stake: If the United States military should become in the habit of publicly condemning or intimidating journalists, the harm to a free press will be incalculable.