The Upcoming TV Apocalypse: An Interview with John Osborn of TV-The Next Generation – Charlene Weisler 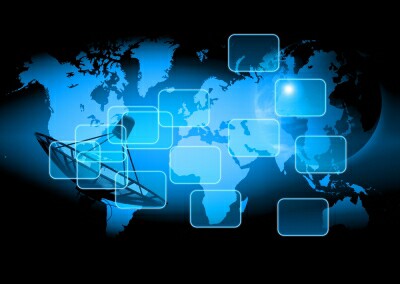 Advertising veteran and TV-The Next Generation founder John Osborn is someone who believes that the traditional TV business model is entering an end of times. With the fragmentation of platforms, the emergence of digital and the stresses placed on the ecosystem with measurement, Osborn is convinced that television is due for a huge re-adjustment.

In this provocative interview, Osborn mines his deep agency experience (at BBDO and OMD) and comments on the new television model based on programmatic, native advertising, addressability and measurement as it applies to commercial ratings, cross platform measurement and the almost apocalyptic changes that he predicts will happen to the television business.

Charlene Weisler: What do you think the deficiencies are in the measurement of television today?

John Osborn: The deficiencies are that traditional television has never gotten down to the core of the business which would be the interest of advertisers -- to measure commercial viewing and commercial ratings. It has always been using that surrogate of program ratings that translate down to estimated commercial ratings. But now in the digital world, the measurability is there. The accountability is there. There is no reason why an advertiser couldn’t know that the commercial was viewed or not. And of course the clutter of traditional television (with an enormous amount of ads squeezed into a pod and an enormous amount of pods forcing viewers to watch 20 minutes of advertising out of every hour of content) has trained the viewer to avoid advertising.

There are so many tools now – the DVR – and just multi-tasking has created so many ways for the viewer to avoid advertising that I don’t believe television advertisers are really getting what they think they are getting. Television is a valuable medium but it is time to move into this next level of measurement.

CW: Do you think there is anything that television can do, using the new technology, to encourage people to view advertising?

JO: I always liked the idea of a television network and the advertisers that support it getting more on board with what the viewer is there for. The viewer is there to watch the content. When I was growing up there were about ten minutes of ads in every hour of content and now that has just exploded and I think the idea is, let’s trick the viewer into watching ads by putting them into these pods.

Then there is a greediness that has evolved over the years -- we can make more money if we run more commercials in those pods. Those pods have gotten so long that the viewer is not watching. For me the solution is more of a quid pro quo and in the on-demand world, the quid pro quo would be like the concept of the pre-roll online. You want to watch some content, here is a reasonable amount of commercial time, maybe a half minute or maybe a minute, in exchange for a half hour of content. That will blow apart the CPM based transaction of buying and selling of television but I think it is time for that.

JO: I definitely think that television has to embrace digital and all of the benefits of digital for the advertiser which is the accountability and the measurability -- who is watching when, the target-ability. There is so much that digital offers, and when you think that the set top box, which is the majority of how television is delivered today, is a small computer that can store and record all of these things, there is no reason why that can’t be delivered back to the advertisers so that the value of it is understood.

CW: How do you think OTT will impact the traditional TV business?

JO: I think OTT will be the tipping point. There are older generations of viewers who are used to the way television used to be delivered and when they go to other platforms they are more willing to accept the commercialization that is reflective of the television model. However, the up and coming generation has grown up with the Internet and has grown up in an on demand world where they get what they want. They expect no advertising because they grew up in homes where it is being avoided. So that is a generational growth thing that will put more and more pressure on the TV networks.

CW: It sounds like the TV revenue model will be squeezed.

JO: Yes, because the current model is built on a closed distribution system where supply and demand of available advertising is limited to 24 hours on x number of channels -- maybe 1000 but it is still limited compared to the internet -- and the comfort level in buying traditional television. Nobody got fired for buying traditional television. But now with the accountability that the OTT world has the capacity to offer and is offering in the online world and mobile world, this is a game changer.