This is the Wealth Inequality Election 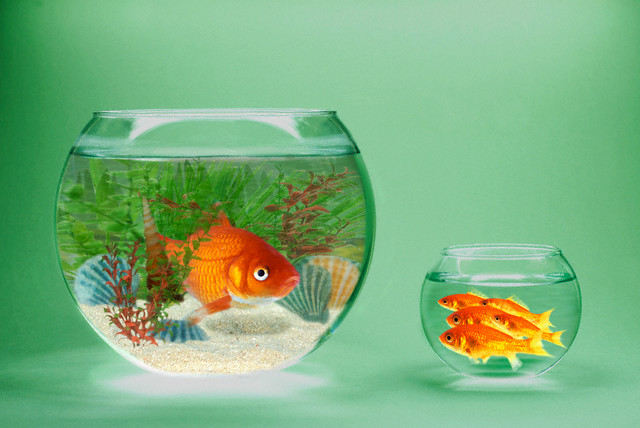 Note: This is not a political column. Rather, it is a look at the fundamental reason and dynamic that is and will continue to shape the 2016 presidential campaign.

As a professional speaker about the future I give speeches all over the world.  The majority of my speeches are in the United States.  It is the reaction to my speeches, and the question and answer sessions that follow, that provide insights into audiences and to some degree the country.

Last July, in a column about the 2016 campaign, I wrote about how the audience reactions to my speeches in 2014 and 2015 fully prepared me for the unprecedented and unusual way that this campaign has unfolded.

The issue is a very complex one so there is no single solution. A complete transformation of the tax code is obviously part of the answer. I leave that to others with greater knowledge of tax dynamics.  As a futurist, I seek to discern trends and much of that effort comes from looking at history.  Often overarching trends of the past provide insight to present and near future possibilities.

I have found myself with a multi-faceted answer to the above questions.

First, I mention that there has to be some completely revamped tax policy.

Second, I mention that frequently when wealth inequality is extreme, there is revolution, revolt, social upheaval and spontaneous and rapid growth of populist movements that rise up.  Revolutions occur when the "ruling" class is dismissive of the larger population.

Third, and this is specifically the American part of the answer, I point out that the last time that wealth inequality was as bad as it is now in the United States was October 1929, when the stock market collapsed and the Great Depression began.

So let's look through the lens of these last two points at the current presidential campaign.

Though the politicians in Washington are not the "ruling" class, they are clearly not serving the American people in ways that the people are requesting.  There hasn't been an audience I have addressed that has not had some negativity to "Washington D.C. and the do-nothing professional politicians."  The Occupy Wall Street movement had one very significant effect on the world; it created the meme "We are the 99%!"  Ever since, it has been impossible not to read or hear about the top 1% and the other 99%.

Bernie Sanders frequently uses the word "revolution" which, within historical context, is exactly the right word to use.  Donald Trump speaks about the bought and sold politicians who serve the wealthy and their lobbyists.  Both are leading populist efforts.

Donald Trump largely represents the disenfranchised, mostly white voters from the bottom 70% of the 99%.  He is the Howard Beale candidate. For those who are too young to know this cultural reference from the movie "Network." Exasperated news anchor Howard Beale had millions of people yell "I am mad as hell and I am not going to take it anymore."

A billionaire who uses his own money and "tells it like it is" is clobbering professional politicians who have ambitiously worked their ways up the political ladder consistently taking large contributions at every stage.

Sanders is a self-proclaimed "democratic socialist." Of course, in America, the world socialist has lingering negativity from the Cold War. That is why he always emphasizes the word "democratic."  So, going back to the reality that the current wealth inequality is equal to what it was in 1929 provides an appropriate historical precedent for 2016.

Recently I spoke to an audience of retired or largely retired people, all in their 60s, 70s and 80s.  I was asked about the current campaign between a socialist and reality star billionaire.  I explained the 1929/2016 parallel and then asked the audience for a show of hands.  How many of you receive Social Security?  All the hands went up.  How many of you are on Medicare?  All the hands went up.  So I pointed out that all are beneficiaries of the democratic socialism of the New Deal.  (FDR was frequently called "a socialist.")

Sanders and Trump have defined the campaign.  Clinton and most of the Republican candidates are in the 1% so they totally missed the single largest dynamic that would shape this election: overwhelming wealth inequality. Everything else is policy. Policy is now seen as what professional politicians always promise to do but never really accomplish.  The elephant in the room is being addressed by only one candidate -- Sanders -- and exploited by one other -- Trump.