"The Wedding Veil Legacy" -- Will Alison Sweeney Finally Be a Hallmark Bride? 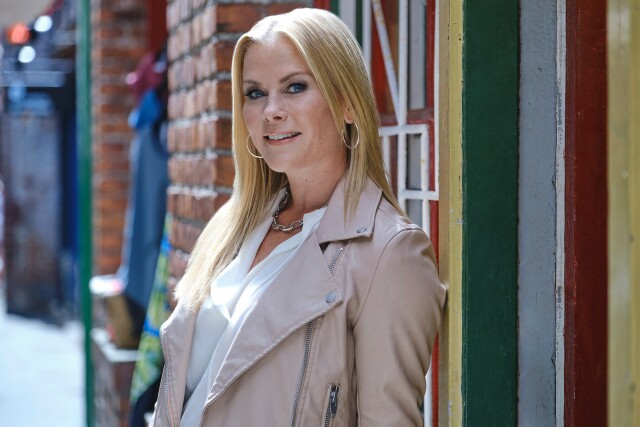 Hallmark Channel’s enchanting The Wedding Veil trilogy concludes this weekend when Tracy (Alison Sweeney), the biggest skeptic of the veil's mystical match-making powers, is provided the opportunity of finding true love in The Wedding Veil Legacy. In the first two installments, both of Tracy’s dearest friends, Avery (Lacey Chabert) and Emma (Autumn Reeser), walked down the aisle as the legend of the magical veil came to fruition and united them with their soulmates. Finding love on a Hallmark project is not new for Sweeney, but she somehow has never been a bride in a Hallmark movie. However, the precedent set by her co-stars -- the prospect of finally donning a bridal gown on screen -- didn’t factor into her accepting the role. (No spoilers here; Sweeney is veiling her character's fate in secrecy.) “I was just so thrilled to work with Lacey and Autumn,” she said during an exclusive interview with MediaVillage. “I would have said yes either way to this. I wasn’t saying yes to the dress, or the possibility of one."

“Having played a bride many times on Days of our Lives, more times than I can count, it was a little bit different for me,” she added laughing. “So, it was kind of funny to come at it from a different point of view. The funny thing about this character is [her] being the more skeptical of the bunch. If she finds true love you don't know if she will even want to be a bride. Will she accept that love may be staring her in the face? All I was worried about was Kate (Lauren Koslow, who plays her long-time nemesis on Days) barging in and ruining the wedding -- if there is one!” 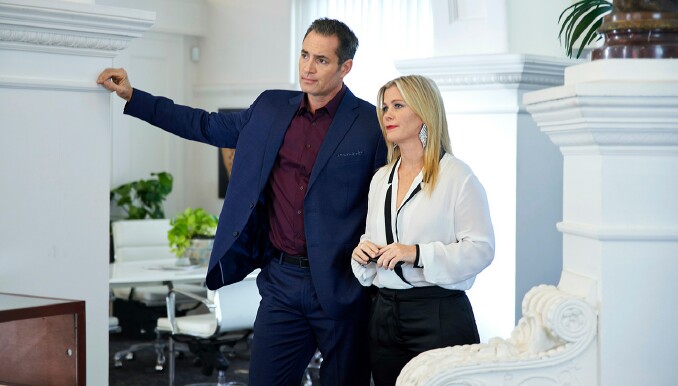 In this installment of the trilogy, Tracy (Sweeney) is tasked with having the magical veil repaired by an expert New York City lace maker. While doing so, she encounters handsome chef Nick (Victor Webster, pictured above with Sweeney). When the two begin a mutually beneficial working relationship, her two besties (who appear in cameos) can’t help but wonder if it’s the veil, and its legend, hard at work again?

For Sweeney, who also serves as an executive producer, the film marks her 21st Hallmark project. Getting to work alongside Chabert (below center) and Reeser (below right) made it irresistible. “Lacey developed this project and brought it to me in 2019 before the lockdown,” she explained. “She asked if I would be interested. I thought it was a fantastic idea, so I jumped at the chance. We’ve known each other for a long time as actors in L.A. and became close friends through [different] Hallmark events. I knew Autumn from those events too, and we clicked the day we met. I was so grateful, and appreciative, to work opposite these two lovely ladies. 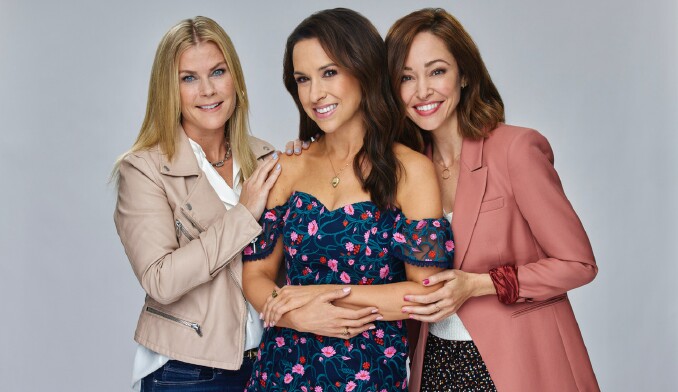 “As an EP on this one, I was more hands-on as we discussed the possibilities of co-stars," she continued. "Victor was one of the names everyone kept mentioning. I was so happy to [finally] get the opportunity to work with him, as I’ve known him for a long time, too. But we never really worked together at Days of our Lives (he played Nicholas Alamain). He knows the rhythm of making Hallmark movies, having done a few, and he's very good at it.”

Sweeney also relished the fact that her character allowed her to represent New York City. With each of the Veil films set in in a different location (Chabert’s in San Francisco, Reeser’s in Italy), paying homage to the Big Apple was a big deal. “That made me really proud,” she boasted. “I’m not from New York, but I love New York. My best friend is, and I called her every day on set to make sure I was getting certain phrases right, as we [do] talk funny in L.A. Still, I was a little jealous watching Autumn’s movie set in Italy, and I had to text and tell her. But playing the skeptical New Yorker really fit me. I think we all were very well suited for the roles, and the different locations each movie was set in.”

After being immersed in mystery for the last few years, courtesy of her Hallmark Movies & Mysteries franchise The Chronicle Mysteries, returning to a romance-driven project was a welcomed departure. “I really enjoy the romances, as they’re always fun,” she said. “Still, the mysteries are sort of my favorites because the action and the storylines are so fun, too. But this was really a blast to be a part of, so I look forward to getting to do more of these types of movies.”

Sweeney has just wrapped a return to Days of our Lives, to air later this year, and as she awaits the fate of The Chronicle Mysteries, she is currently hard at work developing a Christmas movie for Hallmark to be telecast this holiday season. As for the mystical wedding veil; it’s safe and sound. “No, we didn’t all rip it apart and fight for a (souvenir) piece,” she laughed at my suggestion. “I do have to give a shout out to the wardrobe team though, who did such a great job on all three of these movies. They were fundamental in helping find our characters and their similarities, and their differences.”

As for the veil, Sweeney said it is safely tucked away. "The wardrobe team procured it and are taking good care of it," she said in closing. "Hopefully, the veil has future stories to tell.”

The Wedding Veil Legacy will be telecast Saturday, February 19 at 8 p.m. on Hallmark Channel, as a part of its Loveuary programming event.