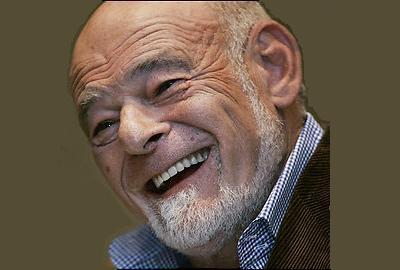 Tribune Company's owner Sam Zell's ideas are so old and decaying that they are beginning to smell rancid. He's playing a hindsight blame game similar to another old, rich dinosaur, Rupert Murdoch, and to bloviating, self-promoting Internet guru Jeff Jarvis.

Recently Zell spoke with Condé Nast Portfolio editor in chief Joanne Lipman at Quadrangle Group's Foursquare media conference. The always outspoken Zell consistently puts in his foot in his mouth, and his interview with Lipman was no exception.

The real estate mogul opens his mouth often but can't seem to find enough feet to fill the open gap. He has said that the newspaper business was "like any other business." He has said he said that he was skeptical of using staff reductions to increase profit and he told the Los Angeles Times, "I promise you I did not come here to be the captain of the Titanic." Of course, no sooner did he buy the paper than he started to fire people.

Here, among many other silly things, is what Zell said in the Lipman interview:

We did not have a single salesperson on commission. In other words, every single newspaper had a cadre of salaried salesman. Now, you know, I'm just a businessman, but I've never seen any kind of a sales force that was effective if, in fact, they had no incentives. Now, part of the reason is that historically, because it was a monopoly, newspapers heavily depended, and still do, on national advertising, where the salesman is an order taker. When the guy from Macy's calls and says, "We want six pages," you don't say to him, "Well, how about nine." You just say, "Yes, sir. Send me the check and we're on." But, among other things, what that led to was a massive abdication of potential advertisers within the local markets using zones, so that, in effect, the zone belongs to the salesman. Nobody else can go in there. Even if nobody has bought anything in that zone for 20 years, it's still his territory.

Recently Rupert Murdoch andJeff Jarvis have blamed reporters and editors (journalists) for the demise of the newspaper industry, now Zell is blaming the salespeople. Who's next, circulation managers?

It's inconceivable to Zell that he was fool to buy the Tribune Company in April of 2007 when anyone under the age of 45 (Zell was 66 at the time) could have told him the newspaper industry was toast because of the most disruptive of all technologies – the Internet. He can't conceive of admitting, "I was a fool." He has to lash out and blame someone else – common scapegoating behavior – not himself.

What Zell is doing is relying on old business models and assumptions to run a media business, which he obviously knows nothing about, as evidenced by the above quote about salary-based newspaper salespeople and moronic, completely uninformed mumbo jumbo about "using zones." Similar to Murdoch and Jarvis, he's blaming horses for the decline in the sale of buggy whips instead of the invention of the automobile.

He's also using a dinosaur-like assumption about human nature – that all salespeople (or anyone, for that matter) care about is money. He apparently believes money is the only motivator. Typical of this type of projection, he's saying, "Greed motivates me, so it must motivate everyone."

This assumption might have worked in the real estate business in the 1980s, but it doesn't today. Behavioral economists are now aware of the discovery of an altruism gene that sheds light on the nagging mystery of how generosity and cooperation evolved over the eons. Rather than the traditional economic thinking that people act only based on rational self-interest, behavioral economists realize that people will often behave and vote irrationally against their own self-interest and for the common, greater good.

Thus, president-elect Obama was supported by millions of people making over $250,000 a year who realized that their taxes were going to be raised. Why? Because Zell is wrong about human nature. Greed is not good. Because people can be altruistic and cooperative.

This is why Sam Zell and his attempted re-make of the Tribune Company newspapers and blaming of journalists and salespeople will fail. He doesn't understand his employees or his consumers. He thinks they are like he is – dumb, self-interested, and greedy. And they're not.

Zell's ideas are so old and wrong that they smell.