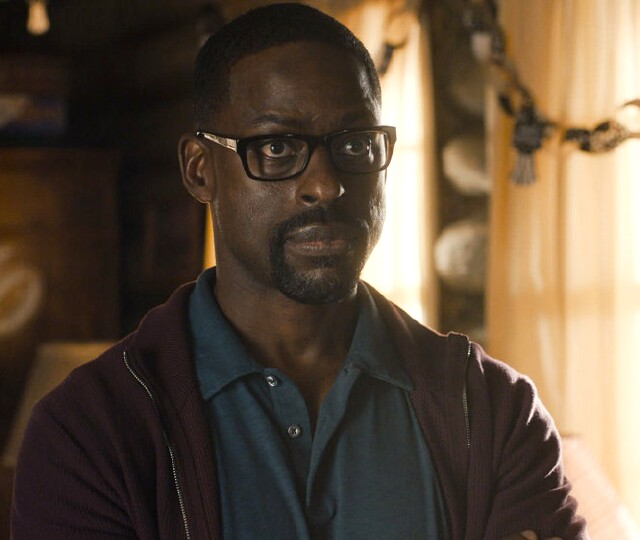 The close-knit Pearsons are back on NBC, albeit socially distanced, as This Is Us returns tonight for its fifth season. Production was derailed due to the COVID-19 lockdown, which prompted series creator Dan Fogelman to incorporate the impact of the pandemic into the show's storylines once the team was able to return to work. There wasn't a lot of time between the return to filming and new episodes being telecast. "It was really important to me, and to us, to get these episodes on before the election, not because they’re political, but because they’re difficult and hopeful," Fogelman explained during a Zoom call to promote the show's return. “It felt important to us to put [them] on TV now with no agenda other than that. We have been working night and day, and the guys have been shooting on weekends to get [them] done in time.

"It has been a lot, but we have the crew to do it," he continued. "We've been doing this for five years now, so we know what we're doing. We know how to do it. The cast doesn't need a tremendous amount of takes as they come ready to go. So, we were able to kind of squeak by and get it done the way we wanted to [even though] we’re all wearing face shields for the first time in our lives, and masks! The actors are literally in plastic bubbles between sets. I mean it's a brave new world on set, but we found our normalcy quickly. We haven't lost our rhythm and we're very blessed [in that] we don't lose people on our crew, so it's kind of the same group of people who are doing the same job. We're just doing it in PPE now." (Justin Hartley is pictured below.) 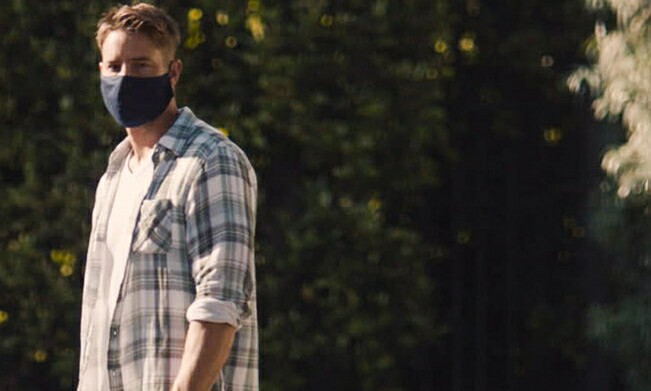 The only cast member not completely affected by the new COVID-19 protocols was family patriarch Jack played by Milo Ventimiglia, who as viewers know, doesn’t get to work with the majority of his TV family. "What changes?" he joked. "There’s a pandemic going on and you're away from people? I know nothing about it. But even before the pandemic, there were moments we were all checking in on one another and playing telephone. I'm grateful to see them about as much as I did before. Probably a lot less. It’s a bit of a bummer, but we're all here, we're working, and that's the most important part. I would pop in and watch. I bring my cameras and I hang out, but now I can't."

"I would like to echo that," added Sterling K. Brown (pictured at top). "Milo normally does a really good job of coming to visit folks on set for different scenes and what not, but that's not necessarily in the protocols this year because of you-know-what." (Chrissy Metz is pictured below.) 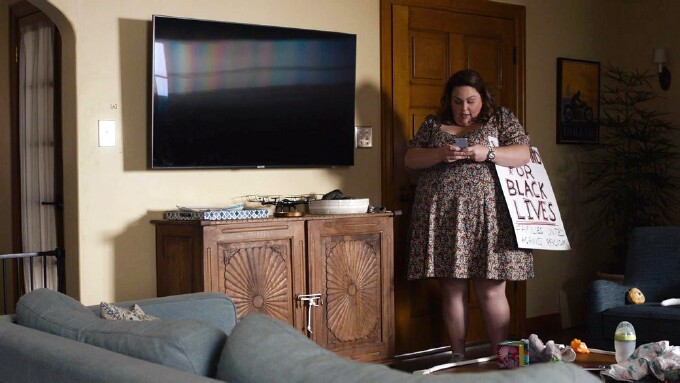 Although This Is Us has remained largely apolitical (except for Randall running for public office), Fogelman said that the pandemic and the Black Lives Matter movement were topics the series had to incorporate, even if time-consuming. "I've been working on [these episodes] since late February, because we were making the decision to have COVID as well as BLM woven into the show," he explained. "We don't speak of Democrat, or Republican, or you-know-who on the show. It's more about American life. Our show has a lot of different pockets and spans time, so it felt almost irresponsible not to kind of take on the moment. I think we've attacked it in a hopefully elegant way that speaks to what our show tries to do and be. It was not a decision made lightly.

"One of the interesting story devices we have is the Randall character," he added. "You have a Black man raised in a white family. It's a very specific situation for our show and our main characters. I think it’s allowing us to explore this moment that we're in, in a way that's very unique to our characters and show. It feels organic to the characters' stories." 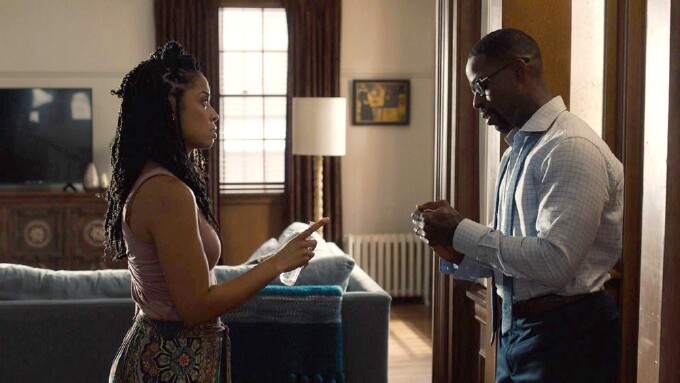 "When we first got these episodes it was like they eavesdropped in on people’s lives," recalled Susan Kelechi Watson (pictured above left, with Brown), who plays Randall's wife Beth. "Like everybody in America, they just kind of had an ear to the door because so much of it was things that I had lived, or I know people had lived. As Black as Randall and Beth are, they're not experts on how to metabolize all that tragedy. So, I think there's a way that they deal with it with their kids that is honest. They try to create a space where they're in it together."

"It's such a unique perspective for someone like Randall who's always sort of questioning his identity, but never waving from the fact that he knows that he is Black," added Brown. "The way he was raised, the conversations that happened in his house, are not necessarily representative of the conversations that he wants to have with his children, by virtue of what didn't happen. They weren’t bad parents, he loves his parents very much and they gave him everything that they knew how to, but certain things were just difficult. They say general conversations regarding race happen much more frequently in households of people of color than they do in mainstream white families because it's just not something that's necessarily in the forefront of the consciousness. Randall has a really interesting sort of 'come to Jesus moment' through these first two episodes that I think is fascinating. I hope you guys dig it, too."

This Is Usis telecast Tuesdays at 9 p.m. on NBC.