Time to Get Paid: How Joe Flacco and Twitter Make the Most of Their Super Bowl Experience - Chris Copeland-GroupM Next 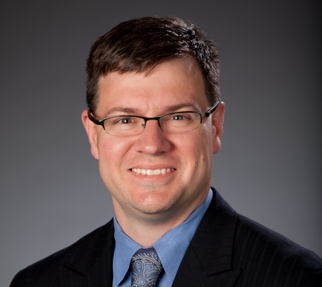 Joe Flacco won. His Ravens won. He was the MVP of Super Bowl XLVII. He's a free agent-to-be who has called himself 'elite' and played like it on the biggest of possible stages. His reported asking price was $20 million per season – that was before he threw for 3 TDs and had arguably the best postseason ever by a quarterback in NFL history. And in many regards, he was joined on the podium of winners by Twitter.

More than half of the Super Bowl commercials had hashtag tie ins. Social comments were way up, and when Beyonce blew up the halftime show followed by the blow out of lights in the Superdome, the social network took center stage. Before the game started Pepsi and Coca-Cola took some jabs at each other on the net, and brands such as Oreo took full advantage of the power outage on Twitter in smart and creative, real-time ways.

As tweeted by @TwitterAds:
"It took just four mins after the lights went out for the first Twitter advertiser to bid on [power outage] as a search term. #SuperBowl47"

Now it's time to pay up. For the Ravens, who are over the NFL salary cap, there is little decision on Flacco. He's going to get paid. The Ravens can use a negotiating tool to lock him into a one-year deal or they can sign him long term at his asking price. Either way, last night was a profitable one for Joe Flacco.

But for Twitter, the magnitude of the Super Bowl needs to have a carryover effect. Recent reports suggest Twitter is taking investments based on a near $10 billion dollar valuation. On nights like Super Bowl Sunday or the Grammy's or Oscars, it's easy to see why. But for Twitter to be an elite marketing tool, it needs to become an everyday marketing answer.

As 2013 unfolds it will be interesting to watch how Twitter starts to position itself further as an always-on solution. Google speaks of ZMOT, the Zero Moment of Truth and winning the moments that matter. I think you can argue that Twitter is the BIG moment digital advertising vehicle of choice right now. Now let's see if on any given Sunday Twitter can make the case to brands that they can win the inches that matter, that make the difference from winning and losing.

Chris Copeland is Chief Executive Officer of GroupM Next, the forward-looking, media innovation unit of GroupM. Chris is responsible for curating and communicating insight-focused media solutions across established and emerging platforms.

Read all Chris' MediaBizBloggers commentaries at Musings from GroupM.