“Titans” Is Back, and There Is No Sophomore Slump in Sight 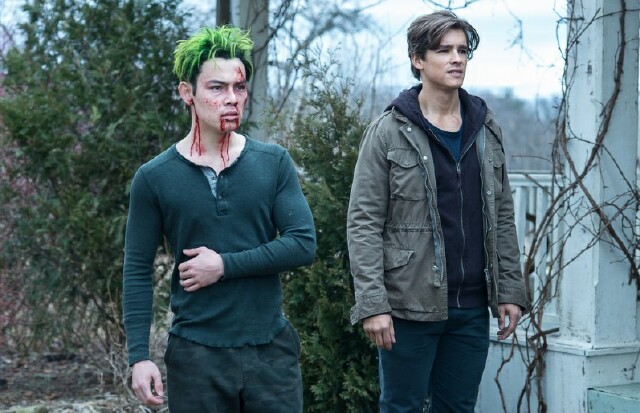 You’d think after the end of a 22 film-long saga from a multi-billion-dollar franchise and over a dozen action-packed television series playing across differing platforms, audiences would be experiencing a bit of “superhero fatigue.”   Well, that’s where you’re wrong.  Between the fan-driven Arrow-verse series on The CW, the upcoming Marvel Cinematic Universe-linked miniseries coming to Disney+ and the genre-busting new titles on DC Universe, I believe we are in the golden age of television superheroes and that fatigue is still far off.   One of my favorites in the category,DC Universe’s flagship series Titans, has recently returned for a second season, and it remains filled to the brim with action, drama, new challenges and plenty of laughs between fan favorites Jason Todd (a.k.a. Robin) and Beast Boy.

Previously on Titans ... detective Dick Grayson (Brenton Thwaites), formerly known as Batman’s staff-wielding sidekick Robin, encounters Rachel/Raven (Teagen Croft), a young girl who witnesses her mother brutally murdered, and the two set out to find her killer.   Rachel soon reveals her own mysterious origins and her perilous purpose: to bring forth her father, an evil being known as Trigon, who seeks to consume the universe in his darkness.  Meanwhile, an amnesia-stricken young woman named Kori (Anna Diop) discovers that she is a fire-wielding alien known as Starfire with a strange connection to Rachel.  Elsewhere, a teenage boy named Gar Logan (Ryan Potter) with the ability to shape shift into any animal he chooses unites with the other three heroes to form the Titans.

Along the way, this ragtag group is joined by several young caped crusaders and leather-clad, ass-kicking heroes like the crime-fighting duo Hank and Dawn (Hawk and Dove), as well as Donna Troy (Wonder Girl) and Jason Todd (the new Robin).  The season-one finale of Titans saw Dick Grayson giving in to the darkness he’d been battling since he parted ways with Batman years prior and falling under the control of Trigon in a series of hallucinations that ended with him “killing” his old mentor and partner Bruce Wayne.

The season-two premiere, titled Trigon, picks up right where season one left off, with the Titans’ sinister new enemy seeking to disassemble the squad of young heroes by exposing their inner darknesses and succumbing to his power.  We get a bit more backstory to each of the Titans as we see what moment in their past, or in some cases, near future, would or could force them to cross that point of no return.  In some cases, it’s cold-blooded revenge; in others its harming their loved ones with their own destructive vices.  In the end, the heroes triumph over the four-eyed red demon, but as has been true throughout comic book history, the villain never stays dead.  Trigon will surely return.

Trigon felt more like the true finale for season one as it wrapped up the arcs involving Rachel’s origins and Dick facing his inner demons and taking on the role he was meant for as leader of the title team.  While the premiere episode nicely closed certain storylines it also made room for new plots for the remainder of season two, including the establishment of a new “big bad” now that Trigon has been subdued.

In season two’s second episode, titled Rose, the Titans relocate to San Francisco, their home base in the comics, and reside in the newly christened Titans Tower where they plan to train before their next threat arises.  Jason Todd, hilariously played by the charming Curran Walters, joins the Titans as their newest member.  Kori and Donna busily work with local police to arrest fellow super-powered troublemakers roaming the streets.  Dawn and Hank retreat to Wyoming for a more peaceful life together.

Just as the lives as the Titans have changed since the showdown with Trigon, the series itself feels like it has taken a massive tonal shift between seasons.  While season one was indeed thrilling, full of action and brooding drama, it suffered from some pacing issues in its first handful of episodes as it was introducing a vast gallery of new characters, which muddled the execution of the main arcs along the way.  Of course, things can get a bit messy when one is basing a series off decades worth of source material and setting up an entire team of heroes.  While the cliffhanger ending to season one wasn’t ideal, it certainly left viewers wanting more.  And that’s just what they got.  In the words of Jason Todd, “Titans are back, bitches!” 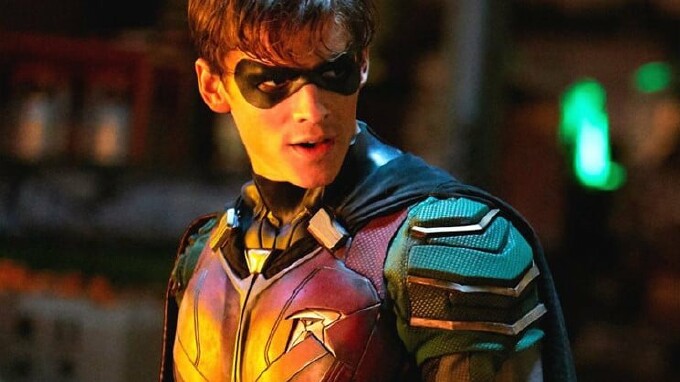 As the threat posed by Trigon subsides, another rises, or should we say three?  Enter retired assassin Slade Wilson, a.k.a. Deathstroke, and his super-powered children Rose and Joseph Wilson, known in the comics as Ravager and Jericho, respectively.  In the comic book world, Deathstroke is Dick Grayson’s archenemy and quite possibly the biggest threat to the Titans.  Now that news has surfaced that a new group of Titans is on the rise, Deathstroke wastes no time in dusting off his iconic armor and twin blades to face off against the young heroes.

The Wilson triumvirate is led by the esteemed Esai Morales as Slade Wilson/Deathstroke, Chelsea Zhang as Rose and Chella Man as Joseph.  Man made headlines as the first transgender and deaf actor to take on a role in a comic book property.  Man and Zhang are also two of the few Asian actors to land roles in superhero properties.  (They’ll also be joining Titans’ Ryan Potter in the upcoming Asian-led Marvel film Shang-Chi and the Legend of the Ten Rings.)  Morales is one of the very few Latin-American actors to join a superhero property as well, with Carlos Valdez in The CW’s The Flash, as well as Zoe Saldana and Tessa Thompson from the MCU films sharing that honor.  This is giant step in the right direction for both gender and ethnic representation in these massive commercial franchises.  It’s a long-overdue move in my opinion, but one that is recognized and appreciated by audiences, nonetheless.

The returning cast members continue to grow in their respective roles, particularly Thwaites’ as Dick Grayson, who has gone from a hot-headed rebel to a mature and level-headed mentor to the Titans and a guardian for Rose when he finds her on the run and wounded.  Robin and Beast Boy are a hilarious match made in heaven with their equally hyper and snippy personalities brilliantly playing off each other.  Kori and Donna’s roles as a crime-fighting duo also give the actors who portray them new ground to explore.  (Kori especially makes a new discovery in Rose.)  Though Man’s performance is one that I most look forward to, we have yet to meet his character in the two episodes of Titans that have been released as of this writing.

While many superhero and action drama series tend to go even bigger, bolder and more bombastic in their second seasons, Titans does the opposite, a decision which works in its favor.  The action is still there but it has been dialed back, the drama remains but it’s more grounded and the emotions are heightened to where relationships can become fortified. The plot both unravels and thickens in ways that leave you wanting to see the next episode ASAP, but alas, DC Universe makes you wait until the following Friday.  (As my editor says, that’s “TV the way it used to be.”)

Showrunners with series entering their sophomore seasons should take notes.  This is how you make a comeback, with superheroes or otherwise!

New episodes of Titans are made available for streaming every Friday on DC Universe.