WarnerMedia's 2021 Upfront Spotlights Franchises on the Move -- and "Friends"! 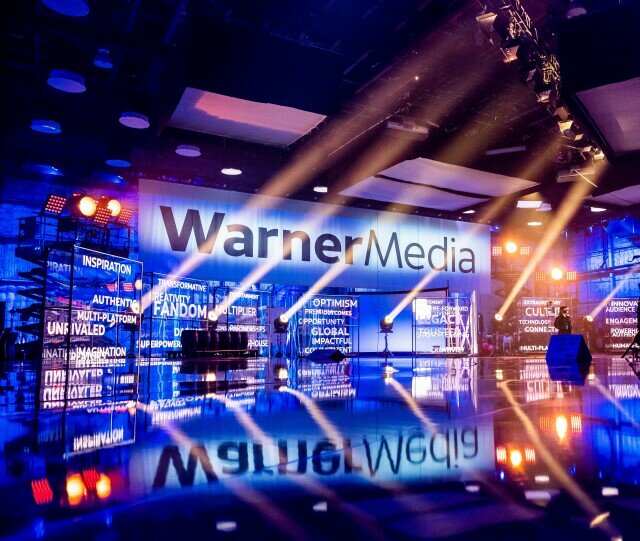 Just like Discovery, Inc. the day before, WarnerMedia came to its 2021 virtual Upfront event with an array of linear programming services and a mega-content venture -- HBO Max -- to showcase to the hilt. And just like Discovery CEO David Zaslav, WarnerMedia chief executive officer Jason Kilar (pictured below) taped timely remarks in light of the upcoming marriage of the two companies. If Kilar has any intention of exiting WarnerMedia before this merger takes effect next year, as suggested by numerous consumer press outlets a few hours after the two organizations announced the deal Monday morning, he didn't offer a clue on-camera. "We are a powerful collection of brands … all under one banner," Kilar exclaimed. "For the moment, it's still business as usual." 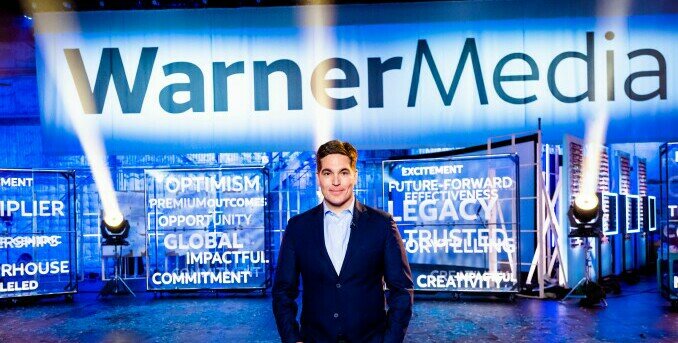 The Big Message: Every programming service WarnerMedia operates, including HBO Max, which will launch its long-planned limited commercial format the first week of June and will have plenty of original content with which to reach consumers. At the same time, popular franchises already with big audience appeal -- from animated adaptations of DC Comics characters to Impractical Jokers on truTV and the All-Elite Wrestling series on TNT -- will expand as the 2021-22 season progresses. 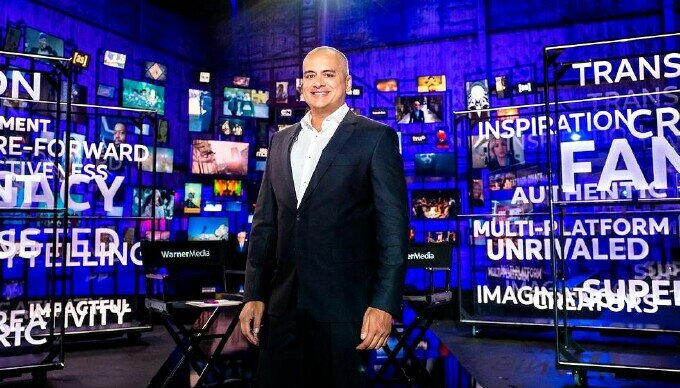 What Worked: A panoramic 15-minute opening sequence connecting the various WarnerMedia services, coming across as a single camera shot with no cutaways. Hamilton co-star Leslie Odom Jr. was the guide from start to finish, intermingling with a variety of personalities from Henry Winkler to A Black Lady Sketch Show host Robin Thede and former NBA superstar (and The Cube executive producer) Dwayne Wade. (Odom Jr. is pictured below, center, with Niecy Nash of Claws and Shawn Hatosy of Animal Kingdom.) Some of the dialogue was on the uber-hyperbole side; nevertheless, Odom's infectious demeanor carried the day. Also loved the brief dance sequence inspired by clips from MGM musicals running on Turner Classic Movies. 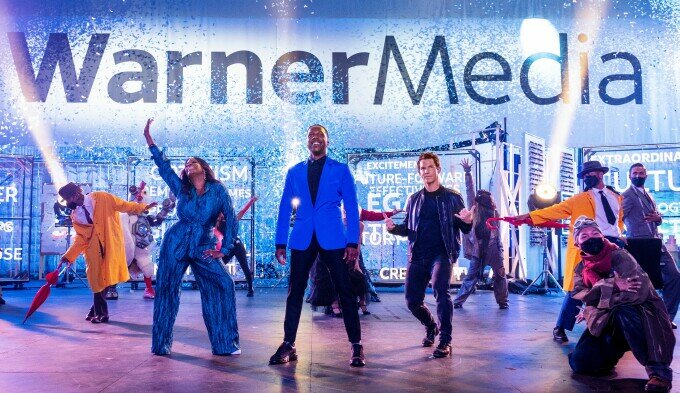 What Also Worked: Individual sequences devoted to CNN, Cartoon Network and other linear channels that often injected a welcome breath of self-parody into the proceedings. By far the prime example of this: TBS/TNT/truTV general manager Brett Weitz speaking in advertiser pitch mode to various co-stars of TNT's hit action-drama Snowpiercer (led by Daveed Diggs) -- all of them in character. (Weitz and Diggs are pictured below.) Added bonus: The Last O.G. star Tracy Morgan making mock announcements on the Snowpiercer train's public address system. 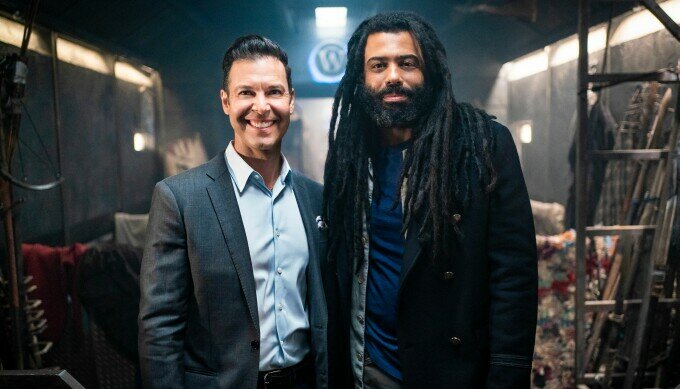 What Didn't Work: A few things here and there, such as the lack of on-screen graphics identifying many of the participating notables. (With all that talent moving around it sometimes got confusing.) Also, the absence of news on Cartoon Network's sister net Boomerang.

Data Points: TBS, TNT and truTV -- now labeled collectively as the T-Nets -- reach 110 million viewers a month, and in 2020 reached over 250 million unique viewers. HBO Max now has over 13,000 hours of content available to subscribers, with over 100 original series expected to debut this year.

When HBO Max launches its limited commercial format the first week of June, customers will pay $9.95 a month, $5 below the monthly ad-free subscription rate. Off the bat, sponsors can buy programming blocks, and later this year, use a number of interactive formats starting with pause ads. Upcoming HBO Max original series include animated My Adventures with Superman and Batman: Caped Crusader, which will get additional runs on Cartoon Network. A number of Max originals, includingLove Life and Close Enough, will be replayed with limited commercial interruptions on TBS or TNT as part of their new Front Row franchise starting next month.

Also, HBO Max unveiled a first look at the upcoming Friends reunion special, premiering May 27, which seems to be making as much news as the Discovery/WarnerMedia deal.

TBS will premiere new game show The Cube, a third season of Miracle Workers and second seasons of Wipeout and Chad in the months ahead. The network will become the new full-time home of AEW series, replacing TNT as more live sports coverage originates there. Another TBS coming attraction is Friday Night Vibes, a movie double-feature with celebrity interviews, music performances and comedy wraparounds, all hosted by Tiffany Haddish. Start date: June 18. TBS also will join HBO Max and Cartoon Network in a special five-night presentation, celebrating the 20th anniversary of the first Harry Potter movie.

Ahead on TNT: The final seasons ofClaws and Animal Kingdom, and new unscripted series Rich People Problems. At tru TV, Impractical Jokers will get a new spinoff series and an award special. Adult Swim has at least two new series on tap -- Royal Crackers and Smiling Friends. Look for CNN to premiere three more miniseries this year and six in 2022, including History of the Sitcom, Patagonia and Dark Was the Night: The Life of Hitler.

"How much better my staff meetings would be if Leslie Odom Jr. opened them." -- Jason Kilar