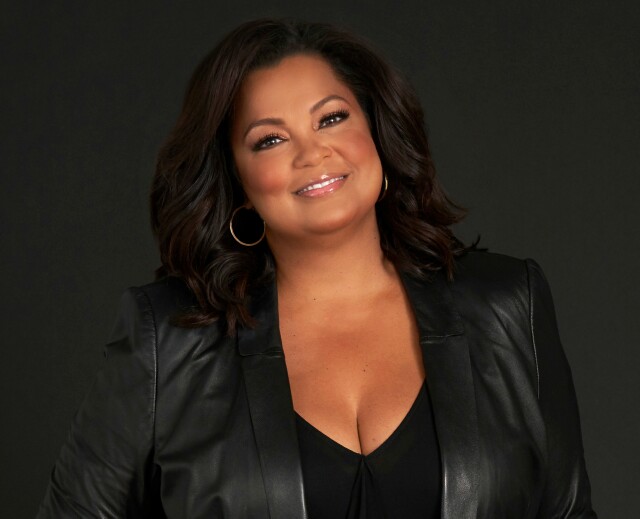 Annie and David have what everyone seeks, especially on Valentine's Day. They share a love they rejoice in and want the world to know. A steady presence on the TLC juggernaut 90 Day Fiancé, including Pillow Talk, What Now and 90 Day Diaries, they have become fan favorites. Now they'll compete with other couples from the franchise in the latest spinoff, 90 Day Fiancé; Love Games, premiering on Sunday, February 14, on discovery+.

Love Games is precisely that, a game show about love. It's another clever idea from TLC, dipping into that 90 Day Fiancéwell that never seems to run dry. This is very much a 2021 take on The Newlywed Game.Couples are ensconced at home and self-shot the scenes for a COVID-safe show. They field questions that test even those who think they know all there is to know about their significant other. Instead of Bob Eubanks, however, Love Games features broadcast journalist Sukanya "Suki" Krishnan (pictured at top) posing questions to three couples. The familiar format has one-half of the duo writing an answer, and the other guessing what was written.

Gone are those innocent days of hinting on broadcast TV. Remember when Eubanks would grin lasciviously and ask about "making whoopee?" It's a new era."Some are sexual in nature," Krishnan noted. "Hey, it is discovery+ and can get a little R-rated. We are all adults.

"On 90 Day Fiancé, you see these people in very vulnerable situations fighting distance and language and keeping their love alive, and you want to see where they end up," she continued. "It is a lot of the battle of the seasons. You see how they are thriving and doing well, [although] the COVID situation added a bit of difficulty."

While many people may be finding their COVID pods suffocating by now, Annie and David (below) revel in each other's company, as fans of the 90 Day franchise have observed. Viewers root for them despite the fact that they seem an unlikely match, coming from different religions, generations and perspectives. She hails from a farm in Thailand. He had been living in Kentucky. David was 350 pounds, divorced from his wife of 21 years, had lost his job and car, and had a stroke. He moved to Thailand to reinvent himself. When they met four years ago, he was 48, twice her age. 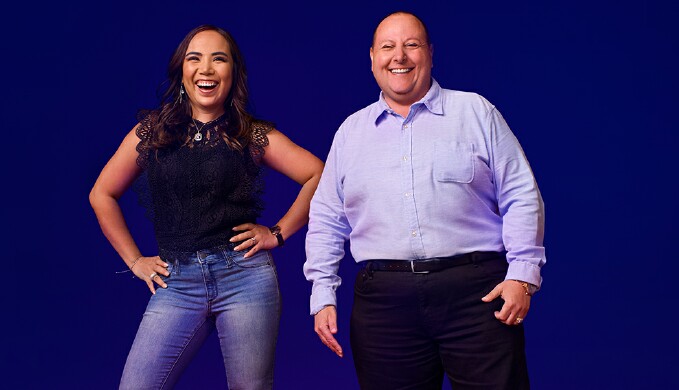 David was in a bar/travel agency in Thailand when he spotted Annie singing karaoke. For him, it was love at first sight. It took Annie a little longer.

Within two weeks, he proposed. David had limited financial prospects, and Annie's parents expected a far more considerable dowry in cash and water buffalo than he could provide. Yet, here they are four years later, married for three of them and getting a real kick out of each other, finishing each other's sentences. They were living together for 10 months before they went on 90 Day Finacé. She speaks more English than he does Thai, but they communicate just fine.

When David was asked if he fell in love right away, Annie piped up first: "Because I am beautiful."

Early on, they had traveled to China for a visit and applied for the K1 Visa, which allowed Annie to marry in America.That took about a year. Neither set out to be a reality show celebrity.

"I have no idea what the show is," Annie said. "I just follow my husband in that. I go where he goes; I will be there for him. I had no intention to be on TV at all."

Yet this is their eighth show with the franchise, which has over 10 spinoffs. (TLC does not give a specific number because some are linear and some are online.) They can play Love Games because they have learned a lot about each other.

"We are almost like the same person, but one man, one woman, our mind, our heart and soul is one person," Annie added.

While there remain folks who would not air their bed linens and all that happened on them to the world, this couple just shrugged off the notion of taboo topics. The only subject they don't discuss? Their exes.

"We are so open with each other," David said. "She will go to the bathroom, and I will just go in and say, 'Boo!' She hates it when she's pooing."

Aside from watching the show, which streams on Valentine's Day -- with a couple of new episodes dropping each Sunday until the 17 episodes for this season are done -- they did not have big plans for the holiday. David figured they might go for a manicure together.

"Every morning, I get up and try to make her fall in love with me all over again," he said. "She is my best friend."

Now that they have found each other, they consider what advice they have about falling and staying in love.

Added her besotted husband: "You do have to love together and laugh together."

"And make a boom boom together," Annie interjected with specifics. "Just make it fun and fresh and enjoy the company."