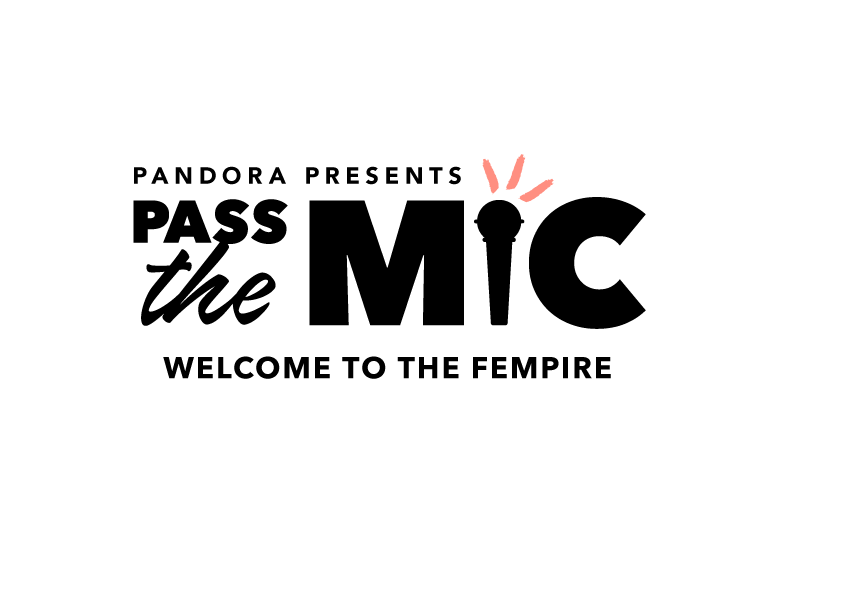 Pandora is giving women a turn at the microphone. In the newest edition of Pandora's ongoing "Pass the Mic" public awareness initiative, the streaming audio leader is launching "Welcome to the Fempire," a collection of content for successful females in the audio and advertising industries to empower and inspire younger generations. These women share a common goal: To advance younger generations and fight for gender equality in the workplace.

Pandora for Brand's "Pass the Mic" public service campaign is designed to promote leadership and diversity through audio. As a leader in digital audio, Pandora is uniquely positioned to invite female audiences to connect through communities for energy and inspiration.

In podcasts, short-audio interviews and editorial interviews, the campaign offers a window into how women like Stitcher's Chief Revenue Officer Sarah van Mosel and Pandora/Sirius XM Chief Marketing Officer Denise Karkos have found success. It also surveys exemplary leaders from media and marketing, including Unilever's Head of Beauty and Personal Care Media Jovan Martin and The Orchard's Chief Operating Officer, Colleen Theis, who were both guests on Pandora's Power of Audio podcasts.

van Mosel says she tries to be as accessible as possible, encouraging questions and asking them herself. It's important, she says, to encourage young women to share their ideas and to give them the appropriate credit. "We can learn a lot from our younger colleagues,  I want to be exposed to what feels important to them so I can pave the way for them to express that," van Mosel said.

For her part, Karkos said its imperative that women share their stories. "You can't pass the mic forward if you don't make yourself vulnerable and available to all the people that are going to follow in your footsteps." she said.

Building those bonds is at the core of the "Welcome to the Fempire" campaign. Pandora launched its "Pass the Mic" initiative last year to harness the power of audio to advance diversity and inclusiveness. For 2021, Pandora has committed to spotlighting successful women in audio, advertising and marketing, reflecting on their personal experiences and how they advise rising generations. Pandora leads by example, with women in top leadership positions, including new Sirius XM CEO Jennifer Witz, Karkos and Senior Vice President of Ad Innovation and B2B Marketing Lizzie Widhelm, who's team spearheads the "Pass the Mic" initiative.

Pandora for Brands works with sister podcast company Stitcher and partner NBCUniversal, to promote female empowerment and gender equality. In a podcast interview, Unilever's Martin said women need to focus on building confidence. "Be the change that you want to see. A lot of times we wait for other people to do things for us. If you're very passionate about it, you have a powerful voice, use it," she commented.

Martin is a passionate supporter of the CROWN Act, an initiative launched in 2019 by Unilever's Dove and the CROWN coalition, which aims to ensure protection against discrimination based on race-based hairstyles. So far, nine states have passed the legislation. Martin said it is vital for women to be allowed to wear their hair in its natural state at work and in school, and that the legislation both protects and inspires them. "Being your authentic self is so important and you want to know you can go to school or work and wear your hair the way you want," she said.

One "Fempire" podcast host is doing her part. Nidia Serrano, Pandora's senior director of marketing strategy, who interviewed Unilever's Martin, hopes her personal journey will inspire young women, particularly women of color. A native of the Dominican Republic, Serrano moved to the Bronx section of New York City, she was in 9th grade and didn't speak any English. Even as she learned, Serrano said she was self-conscious of her Spanish accent and that it took years to become comfortable with her voice. Audio provided her role models and tools to gain confidence.

"I did this by listening to people in powerful positions who sounded like me and listening to myself to get comfortable with my own sound," Serrano recalled. As a young media buyer and cultural strategist at media agencies, first at Mediavest and later GroupM, Serrano said she was guided by smart and strong women who encouraged her to speak up and speak often.

One female manager offered Serrano powerful advice that still resonates with her today.

"You are our cultural expert and the audience we are trying to reach. People will listen to whatever you have to say, so own it," Serrano recalled. "That statement alone gave me the confidence to speak up during meetings, participate in panel discussions and speak on mainstages."

Now, Serrano is doing her part to pay it forward. She plans to "Pass the Mic" to younger generations by encouraging them to love their voice and use it. She speaks to high school students about careers in media and marketing, manages a team of two and participates in several mentorship programs. "I do my best to share the spotlight with them and give them the tools they need to shine and find fulfillment in their work," she said.