To Understand Automakers' Support for Voting Rights, Follow the Money 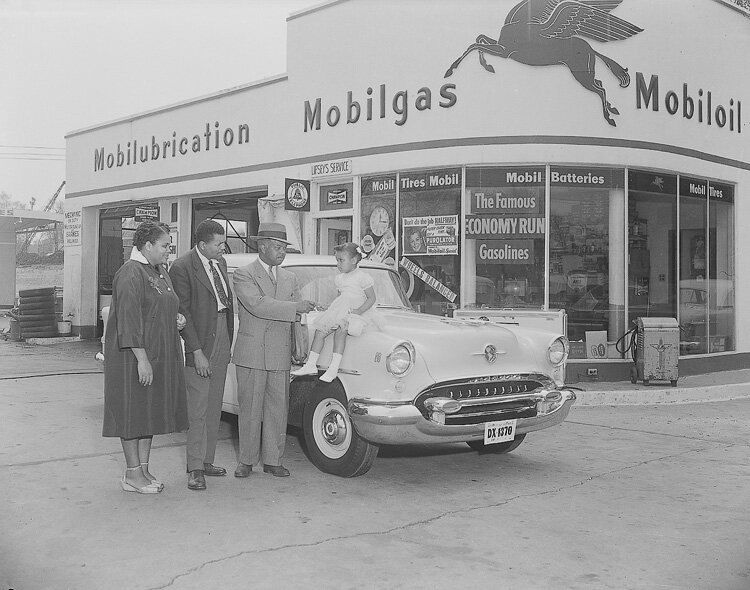 It's official: All three of the domestic automakers, Ford, General Motors and Stellantis (including the Jeep, Chrysler and Dodge brands) are standing up for voting rights. The three companies -- specifically their CEOs -- are signatories of the April 13 Joint Statement on Voting Laws, which represents Michigan's largest companies. "We feel a responsibility to add our voice as changes are proposed to voting laws in Michigan and other states," it said. "The right to vote is a sacred, inviolable right of American citizens."

Some context: Citing what appears to be phantom voting fraud, Republican-led legislatures across the country are tightening the requirements for going to the ballot box. In Georgia, a package of laws signed by the governor -- and protested by local companies Coca-Cola and Delta Airlines -- would actually make it a crime to offer food or water to people waiting to vote.

It's not hard to realize that the laws don't have much to do with illegal voting. According to the New York Times, "Taken together, the new barriers will have an outsize impact on Black voters, who make up roughly one-third of the state's population and vote overwhelmingly Democratic." Those Georgia companies acted after the bills were signed into law. The Michigan effort is one of several attempts to get ahead of such actions in other states.

Ford CEO Jim Farley told his troops last week, "Ford believes that equitable access to voting rights for all people is the bedrock of a democratic society -- so strongly that, for more than 20 years, we've made federal election days in the U.S. company holidays… We support initiatives that promote equitable access and do not disproportionately affect any segment of the population. Ford urges elected officials across the country to work together in a bipartisan way to protect and enhance the right to vote."

GM's Mary Barra also issued a statement. "As Michigan, and other states, consider changes to their voting laws, we are taking the opportunity to offer our perspective, consistent with the principles we outlined last year when we chartered the Inclusion Advisory Board. We said that we will leverage the voice of GM and our brands to contribute to the dialogue condemning injustice and driving inclusion. We are calling on state lawmakers across the nation to work together in a bipartisan way to ensure that any changes to voting laws preserve and enhance the most precious element of democracy -- the right to vote in a fair, free and equitable manner. Anything short of that is unacceptable." 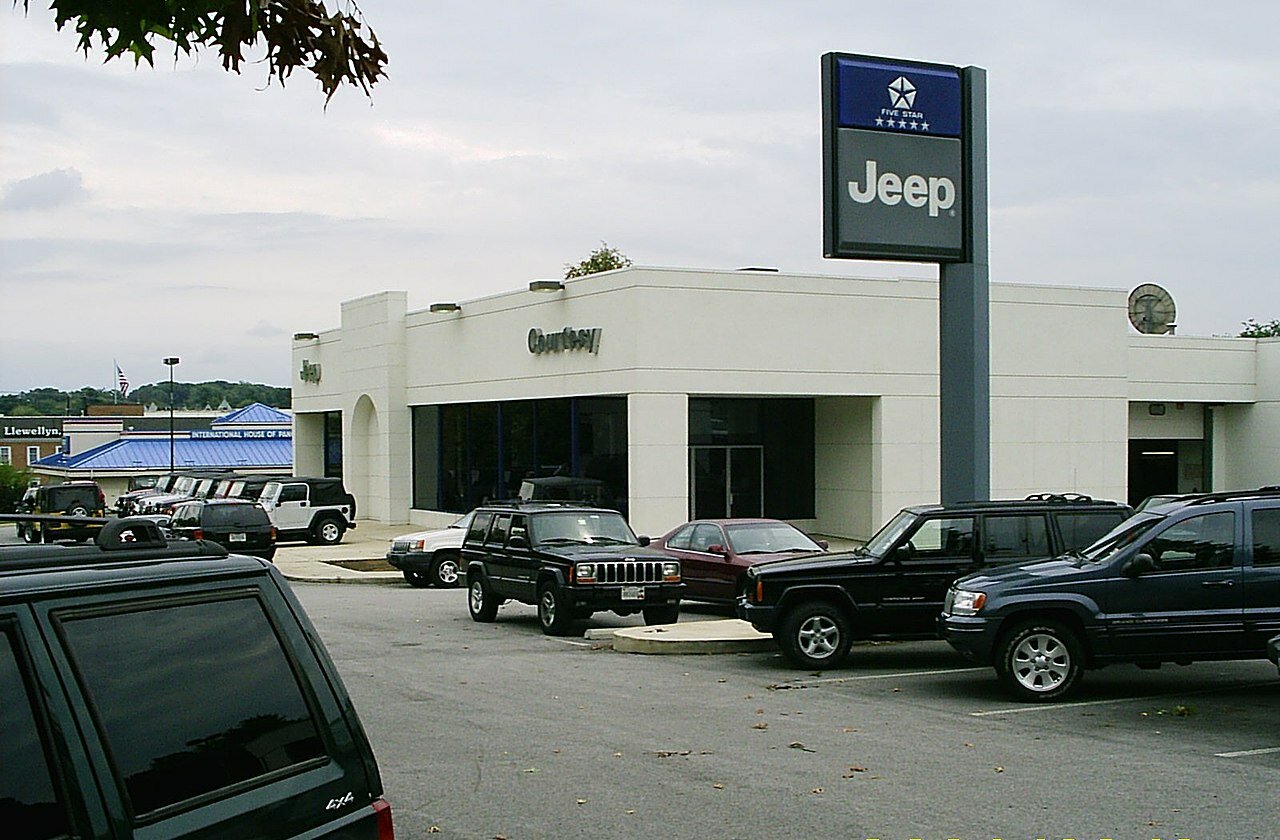 Stellantis didn't provide a statement, but spokesman Kevin Frazier said simply, "Stellantis supports the Joint Statement on Voting Laws." Ford and GM also signed a two-page ad via BlackEconomicAlliance.org that ran in major newspapers April 14, opposing "any discriminatory legislation or measures that restrict or prevent any eligible voter form having an equal and fair opportunity to cast a ballot." The alliance saidit had mobilized "500 companies and CEOs… to oppose the 360+ state bills pending in 47 states that contain discriminatory voting measures."

Voting rights is an issue that disrupts business as usual for automakers and forces them to take a stand. Senate Minority Leader Mitch McConnell (R-KY), aghast at the growing corporate sentiment, declared, "Americans do not need or want big business to amplify disinformation or react to every manufactured controversy with frantic left-wing signaling." But, of course, to quote the New Yorker's Jane Mayer, "Nobody has done more than [McConnell] has to engineer the current campaign-finance system, in which billionaires and corporations have virtually no spending limits, and self-dealing and influence-peddling are commonplace." He personally filed a lawsuit against limitations on companies trying to influence elections.

It's unfortunate that voting rights is seen in starkly partisan terms, but that's the way it's developed. The automakers are careful to sign on to messages that are light on the specifics of the bills they're protesting. Remember, they sell cars to Democrats, Republicans, black, white, Asian, LGBT+ and, well, everyone. They don't want to alienate key constituencies. (They also don't want to estrange supporters of the bills, which is why they word everything so carefully.)

With this in mind, the pattern of automakers' political contributions is interesting -- these days, it's largely bipartisan. The Center for Responsive Politics' OpenSecrets.org compiles funds from individuals and PACs associated with companies. In Ford's case, in 2020 those contributions included $199,316 for Biden and $175,042 for Trump. GM was $283,029 for Biden, $194,426 for Trump. And there are contributions on both sides of the aisle to national and senatorial committees. Stellantis, then Fiat Chrysler, also slightly favored Democrats (53.2 percent) vs. Republicans (46.7 percent).

From 1990 to 2006, Ford-related contributions heavily favored Republicans, but since then the Democrats have had the edge. In that same period, Republicans got more money from GM in almost every year except 2020, according to an www.OpenSecrets.org chart.

Brendan Quinn, outreach manager at the Center for Responsive Politics, said that the contributions are not from the companies themselves, but from employees, non-working spouses of employees, and employee-directed corporate PACs. "Most corporate PACs hedge their bets," he said. "Big companies like these car manufacturers have employees across America, so it makes sense that the donations would be split between Biden and Trump."

African-American car buyers are a key constituency. How key? As consumers, they spend $1.2 trillion annually. The average black household spends $5,946 annually on transportation. The 2019 Consumer Expenditure Survey found them spending $2,239 annually on used cars and trucks; Hispanic Americans spent $2,535. Eighty percent of black families own cars, but that means that 20 percent don't -- an important market for any automaker to claim.

The Black Economic Alliance just demonstrated its considerable clout. The companies are likely to remain circumspect about why they support these petitions, but -- as they say -- follow the money.

Photo Captions and Credits:
At top: African-American car buyers in the 1950s. (Wikipedia photo)
A Jeep dealership. Stellantis, the international conglomerate that also owns Chrysler and Dodge, signed on to the Joint Statement on Voting Laws. (Wikipedia photo)