Together, Local Television and Automotive Sales Are a Well-Oiled Machine -- Steve Lanzano 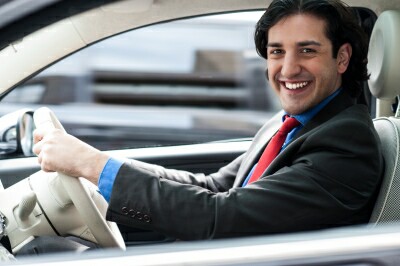 The relationship between Americans and their cars is not only deep-seated, it’s also particularly local. The dealerships aren’t national. They are local businesses selling national products that are very well attuned to needs of their own local markets.

The relationship between Americans and their cars is not only deep-seated, it’s also particularly local. The dealerships aren’t national. They are local businesses selling national products that are very well attuned to needs of their own local markets.

Customers proudly drive their new cars off the lots of their local dealerships and into their family’s lives.

And that’s why the relationship between Local Television Broadcasters and the Automotive Industry is so indisputable. Ultimately, these products become local necessities. Advertising on local TV stations is a critical component of automotive sales for America.

Naturally, there are many tangible factors that contribute to a consumer’s purchase of a vehicle. Consumers today are better informed than ever before, armed with comprehensive digital data that allows for a smoother purchase process. Financing is more turn-key. Even the age-old negotiation process is transforming.

Yet with that in mind, the first step is to motivate a consumer to go into a dealership. The latest Purchase Funnel report from the Futures Company confirms that by far, the most effective driver of that remains television. And television’s influence dominates all the way from awareness through to making the actual purchase.

An analysis of advertising spending data reveals a fascinating dynamic in place in the Automotive category. The data more than suggests a striking correlation between Spot TV Advertising Spending by local auto dealers and new car purchases.

Since 2002, there’s a .95 correlation between dollars spent and units sold. Statistically, that’s a rock-solid link – a 1.0 score is perfect. What this means is that each advertising dollar invested by an auto dealership in local broadcast television has a tangible impact upon its success in moving cars off its lot. It’s nearly a one-for-one relationship.

So as far as local broadcast television and auto sales go, John Wanamaker was wrong.

Steven J. Lanzano joined TVB as president on January 1, 2010. He came to the association from MPG U.S., where as chief operating officer he was responsible for the strategic and operational leadership of MPG’s marketing and service professionals across the U.S.