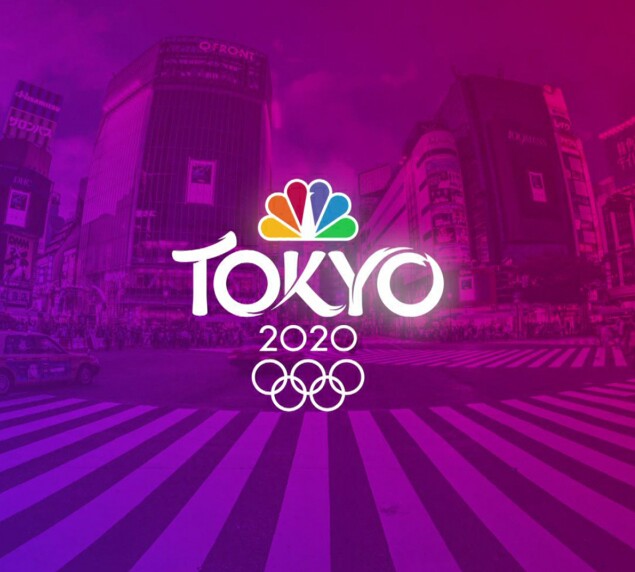 THE XXXII Olympiad is in the books. The U.S. won the most golds and medals. There were spectacular performances everywhere. The Japanese admirably dealt with a COVID-19 surge and allowed us to witness the long-delayed action. Unfortunately, the host nation's bill ballooned to over $20 billion with the pandemic's delay from 2020. The International Olympic Committee and NBCU hope to bring their Winter Games tour to Beijing in February.

But several questions remain. NBCU has disclosed that its average Total Audience Delivery -- linear, digital and streaming viewing -- was 15.5 million for the delayed Summer Games and that Peacock scored record usage. NBCU, though, has not provided the consumption specifics for the streaming service which certainly received plenty of promotional support across the U.S. rights-holder’s more than 7,000 hours of coverage, as per NBCU’s game plan.

What wasn’t in the playbook was gymnast GOAT Simone Biles succumbing to mental anxiety that came with being the face of the Games and led to a case of the "twisties" that caused her to bail on the team competition and a host of individual events. But she returned with a bronze-medal-winning turn on the balance beam. Her performance delivered a ratings respite of sorts for NBCU on Aug.3, with a TAD audience of 17.4 billion. That was only off 32% from the 25.6 million average on the comparable night at the 2016 Rio de Janeiro Olympics, when Biles captured her fourth gold medal.

We’ll never know how a Biles’ gold rush would have impacted NBCU’s TAD. In all likelihood it only would have reduced the audience retreat to a minor degree from the 2016 Games,as NBCU surrendered 42% of its 26.7 million average audience for the Rio Summer Olympics.

Since it became apparent Tokyo was going to come up well short of Rio, the Monday morning quarterback chorus has been at full throttle. The collective rise of subscription video-on-demand services has permanently altered consumption habits and viewing patterns at the expense of linear. The largely fan-free venues (volunteers and other athletes were the folks in the seats) made for poor optics. The 13-hour time difference between Tokyo and the east coast limited the number of live events. The retirements of "Aquaman" Michael Phelps and the world's fastest human Usain Bolt to Mount Olympus lessened the star power.

Part of the problem can also be plucked from Peacock, which offered live coverage of gymnastics and track and field. Those paying a premium also got to see the U.S. men’s basketball team and Kevin Durant on a circuitous route to a fourth straight gold medal. So, if you were Peacocking you saw the action -- and may have been in kind disinclined to tune into NBC’s curated primetime coverage, which still accounts for most of the company’s Olympic gold, er, green.

How much NBCU factored those elements in making its audience guarantees -- and the amount of inventory it had to hold for make-goods, along with reduced travel -- will be among the key determinants of its profitability.

At a preview event at 30 Rock a month before the July 23 opening ceremony, Matt Strauss, Chairman, Direct-to-Consumer and International at NBCU, said the company was eyeing significant Peacock sign-up from the Tokyo Games and viewed the coverage of high-profile content like the men’s basketball team as a premium-pay experiment. Mark Lazarus, Chairman of NBCU Television and Streaming, in an Aug. 9 release outlining the company’s viewing milestones with the Summer Games, said there was “unprecedented streaming consumption, including sharply increasing sign-ups, usage and awareness of Peacock.”

Will NBCU ever share a more detailed glimpse of Peacock’s sign-up Tokyo scorecard? If executives really liked the return, will Peacock present live coverage of Winter Games marquee events like alpine skiing, figure skating and hockey? Beijing is 12 hours ahead of the east coast, so -- unless you bury your head -- you’ll know what happened and can determine if you want to watch NBC during primetime.

Despite those significant overhangs, the Tokyo Games themselves delivered some fantastic moments. In short, U.S. women ruled. Katie Ladecky added four medals and said she’ll be back to compete in Paris in 2024 and maybe L.A. in 2028. Lydia Jacoby beat countrywoman and favorite Lilly King in the 100-meter breaststroke, a gold-medal upset that sparked a priceless celebration from her high school classmates in Seward, Alaska.

Sydney McLaughlin and Dalilhah Muhammad, who have been exchanging world record times over the past two years, did so again at the 400-meter hurdle final in Tokyo. Both beat the world record, with McLaughlin gaining the slight edge.

It was a similar story in the men's competition as Norway's Karsten Warholm took gold, smashing his own world record with a time of 45.94, with Mount Vernon, NY's Rai Benjamin right behind at 46.17 in what now stands as the second-fastest time ever in the event.

But I digress from the distaff achievements.

Competing in her fifth Olympics, Allyson Felix, 35, demonstrated to her daughter Cammy -- who was born prematurely amid a case of preeclampsia, a condition that can lead to serious, even fatal, complications for both mother and baby -- that her mommy was indeed back in shape and had not lost an ounce of her determination. With a bronze in the 400 meters and a gold in the event's relay discipline, Felix became the most decorated female track athlete and supplanted Carl Lewis as the U.S. leader in, as the IOC says, athletics.

On the downside, the U.S. women's national soccer team came up well short in its bid to become the first side to back up a World Cup crown with Olympic gold. They dropped the group opener 3-0 to Sweden, in a match that the Blue and Yellow could have just as easily prevailed by six or seven goals.

Unfortunately for Sweden, they emulated the 2015 men's Wisconsin basketball team (that took out undefeated Kentucky in the March Madness Final Four, only to fall to Duke in the championship game), settling for silver in a shootout loss to Canada. If this was their major tournament farewell, Megan Rapinoe and Carli Lloyd, the headliners of the U.S. World Cup winners in 2019 and 2015, went out in fine fettle with a pair of goals each that gave the Americans a 4-3 bronze triumph over Australia.

Fittingly, it was the women's indoor volleyball team and their rout of Brazil for the program's first taste of Olympic gold that enabled the U.S. to edge China by one at the top of the podium with 39 golds as part of a leading medal haul of 113 overall.