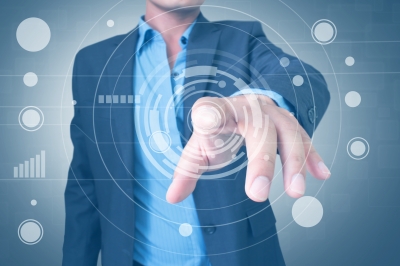 Tomorrow will not be like today. Today you will experience the slowest rate of technological change in your lifetime. Tomorrow, it will be faster and the pace of change will continue to increase. Managing this change and learning to adapt will separate the successful from the extinct. Adapt or die.

That's what the 6th Annual Media Technology Summit is all about. On October 23, global trailblazers, innovators and investors will gather at the Time & Life Building in New York City to talk about our Connected World. From Fortune 500 executives to venture capitalists, from entrepreneurs to luminaries, we're connecting social media, mobile, advertising, big data, cloud services, Internet, e-commerce and consumer engagement.

If you want to challenge paradigms and forecast what future trends and innovations can be seen over the horizon, the 6th Annual Media Technology Summit is for you. ( It's not too late to register!) It's all about creating successful strategies for a Connected World.

What a Difference a Year Makes

Think about all the changes we've seen in the Connected World since last year's MTS. A year ago, wearables could be seen over the horizon, but their popularity has exploded over the past twelve months. Pebble kicked off the smartwatch revolution, which has sparked many other companies to get into the watch game. Samsung launched its Galaxy Gear last month and Sony unveiled a smartwatch earlier this year. By the time the next MTS rolls around, we may see watches from Apple,Microsoft,Google, Dell, Firefox and more … and that doesn't even include other smart clothing we may soon wear (smart belts, anyone?). Oh, and let's not forget about Google Glass.

Our homes have gotten hooked up in the past twelve months too. From companies like Nest,which is making smarter smoke and carbon monoxide detectors, to companies like August, which is revolutionizing the way we lock and protect our homes. AT&T has brought its Digital Life home automation service to more than a dozen markets in the past year, providing one-stop shopping for a complete Connected Home.

The public Internet has gotten better and faster than ever before as well. Google has led the charge with Google Fiber, which is giving us access to the Connected World at speeds never before seen in the home market … at prices that aren't prohibitive. Google Fiber has prompted a tech renaissance in Kansas City, inspiring startups to open up shop there to stay on the cutting edge of the Connected World. Other companies, like Verizon and Gigabit Squared, are bringing gigabit Internet to other parts of the country that Google hasn't hit yet.

The Connected World and Me

My everyday life has also been dramatically impacted by the Connected World in the past year. I've used my Galaxy S4 and a custom playlist on Spotify to lose weight. I've helped keep that weight off by using smart scales (like my Withings WS-50) to track my weight on a daily basis.

I've become more of a Quantified Executive than ever before. I wear a Jawbone UP bracelet, have a Withings Pulse in my pocket, a WS-50 Withings scale in the bathroom, a Withings blood pressure cuff by my bed. I walk every day with a Polar Bluetooth Heart Monitor strapped to my chest, log every morsel of food I put into my body and I'm correlating data between the Withings, MyFitnessPal, UP and RunKeeper Apps in Excel. I'm probably generating several MB per week just quantifying myself. Oh, BTW, I've lost 45 lbs. since I started doing this at the end of May.

The Pace of Change is Relentless

There are three laws I like to use to put the rate of technological change in context: Moore's Law, Metcalfe's Law and the Law of Accelerating Returns:

So, if you want to get a handle on managing change, meet some of the smartest people in the space and have an awesome experience, please consider joining us at the 6th Annual Media Technology Summit.