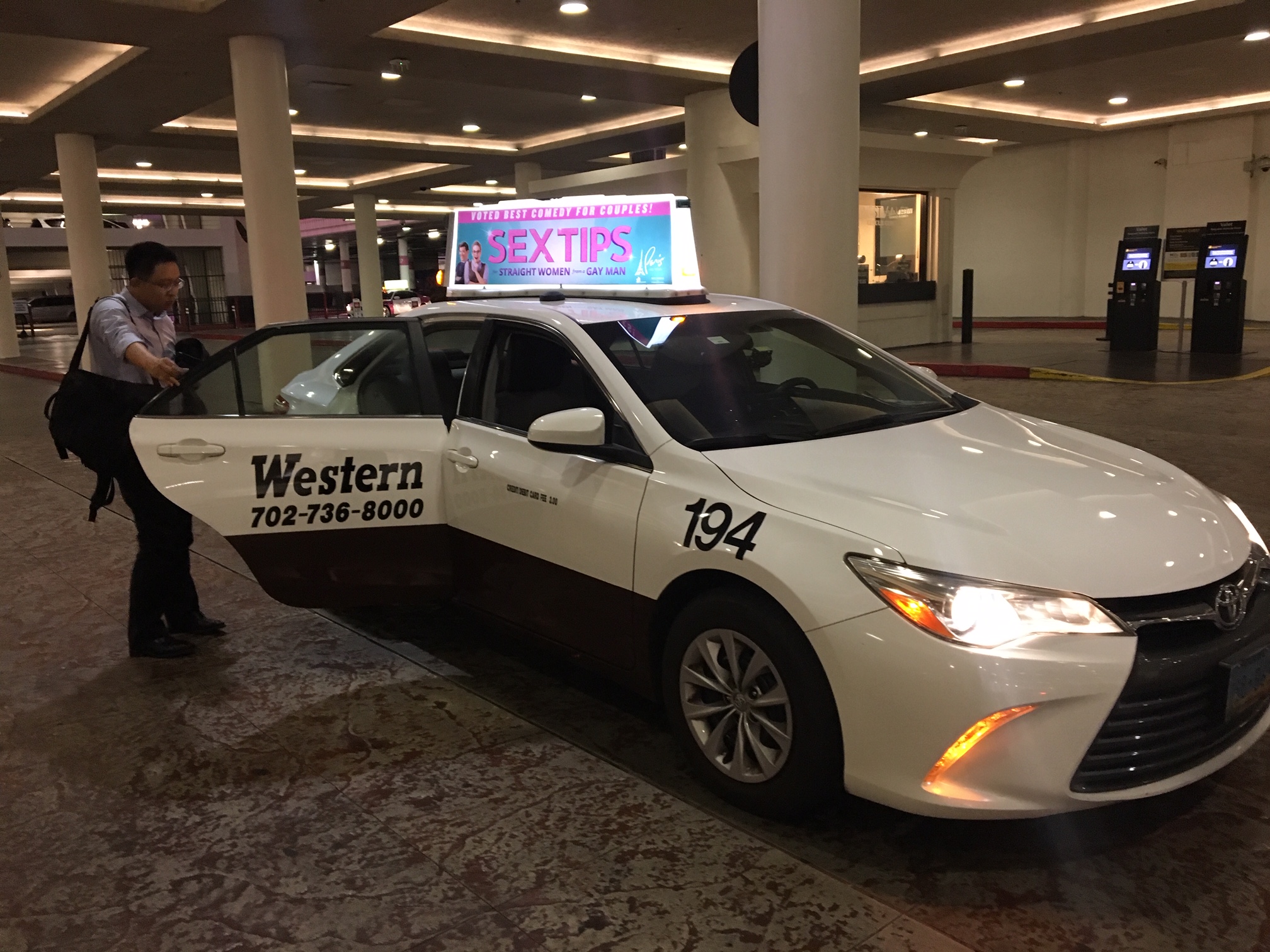 Las Vegas -- As in most major cities, the taxis in Las Vegas are rolling billboards, with signs on the doors and huge lighted versions on the roof. And why not?  Taxi fleet owners are looking to maximize their investment in the vehicles.  Part of that is keeping them on the road as much as possible (compared to the five percent of the time the average private car is operating) and another is renting out mobile space for advertisers.  Other forms of this include advertising on buses and the traveling billboards pulled by trucks around American roadways.

Now consider the self-driving car, which was a huge focus here at CES, both from auto companies and a myriad of suppliers.  Although the issue is hardly settled yet, the smart money has it that these cars will be fleet owned.  Automakers are talking about becoming mobility companies, possibly supplying vehicles to ride-share operators.  Or they're starting their own ride-share businesses.

Another hot topic at CES 2019 was how auto design will change in an autonomous world.  Automakers are thinking that windows -- unnecessary to keep drivers focused -- will turn into mobile screens that can show movies, a passenger's e-mail, the passing scene ... or ads.  Denso, a major auto supplier, showed just that scenario on its CES stand and even added a screen in the table (pictured below) that could be part of the train-compartment-like interior of tomorrow's autonomous rides. 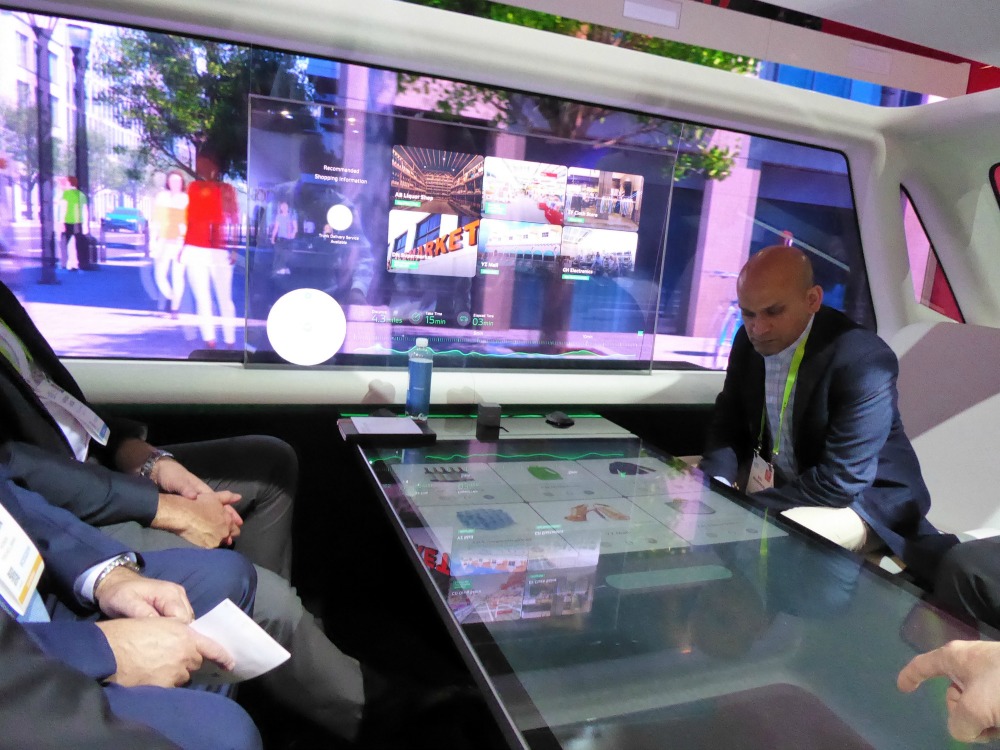 Another exhibitor, the Mobis division of Hyundai, showed a concept that included a full range of exterior light bars on the car -- capable of showing pictures or … ads.  A Mobis video showed an equipped car lighting up with messages like "Be careful" when pedestrians are around, but it could just as easily host ads.

MediaVillage talked to Joao Barros, a co-founder of Veniam (along with Zipcar founder Robin Chase).  The company's focus is moving massive amounts of data between the cloud and the connected car. 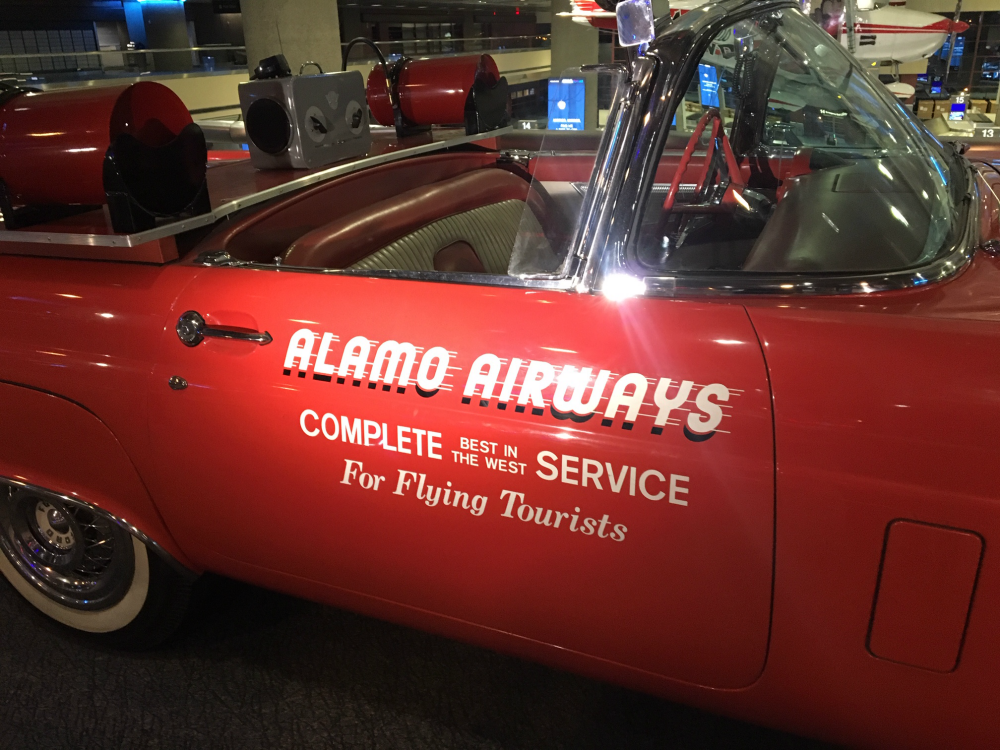 "A huge revolution is coming in connected cars," Barros said.  "Vehicles can become advertising vehicles."  Barros points out that buses and taxis already display advertising, and the shared car will be no different.  "They will become moving billboards and moving points of sale," he said.  "Fleet owners have a strong incentive to maximize the revenue per vehicle."

When the visionaries talk about the changes coming because of self-driving cars, they seldom talk about new advertising options, but believe me they will be there.