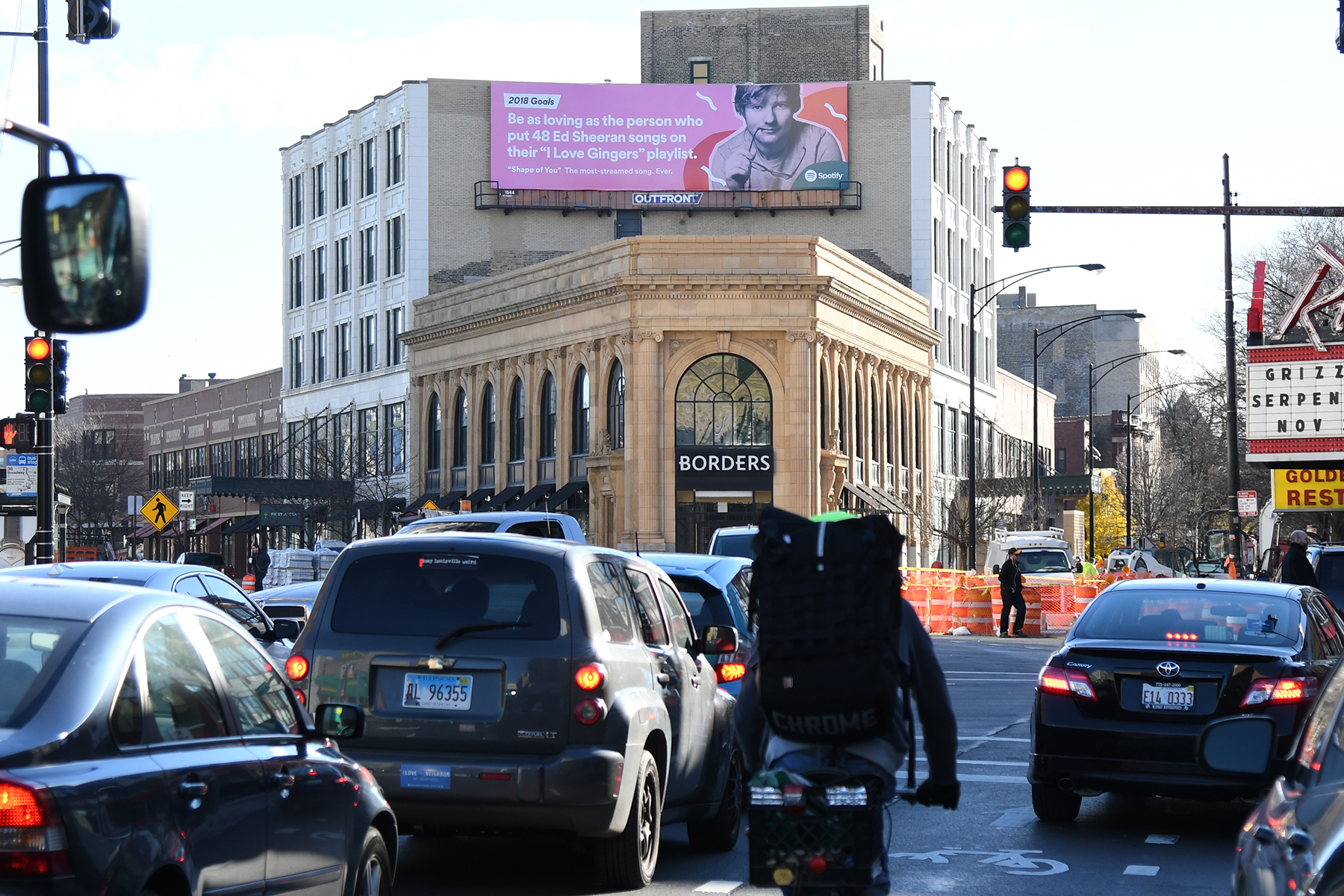 OOH advertising is experiencing a creative resurgence.  So how can marketers take advantage of this trend and use OOH to generate brand themes in the physical (a.k.a. real) world?  How can brands learn from the best campaigns of 2017?  Outfront Media has helped bring to life some clients' extremely creative original campaigns this year, many of them connecting their brands online to an offline audience.  I hope that they can be an inspiration to you in the year to come and help you develop innovative campaigns that stand out and speak to your audience.

Spotify's recent campaign (pictured at top) really highlights how to strike when the moment is hot and how to showcase customer data.  By analyzing trends of the most popular songs and artists of 2017, and using the data collected by their listeners, Spotify developed a campaign based around"2018 Goals."  Using a cheeky and playful tone also helped the ads connect to their Millennial audience. 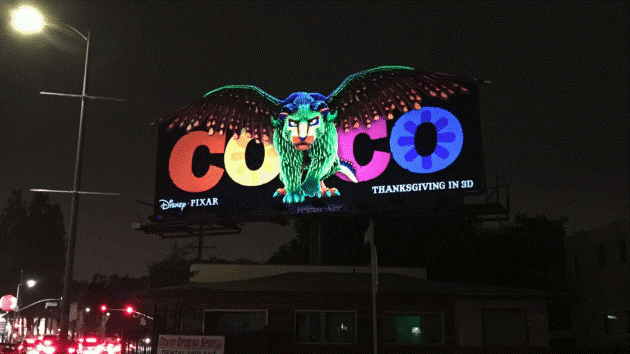 The film Coco is about a young boy's exploration of the spirit world of Dia de los Muertos. Taking a page from the film script, Disney and Pixar released a series of ghostly looking, glow-in-the dark posters (above) that, just like the characters in the film, come to life at night. This campaign was a beautiful example of what happens when you marry a captivating image with your message. 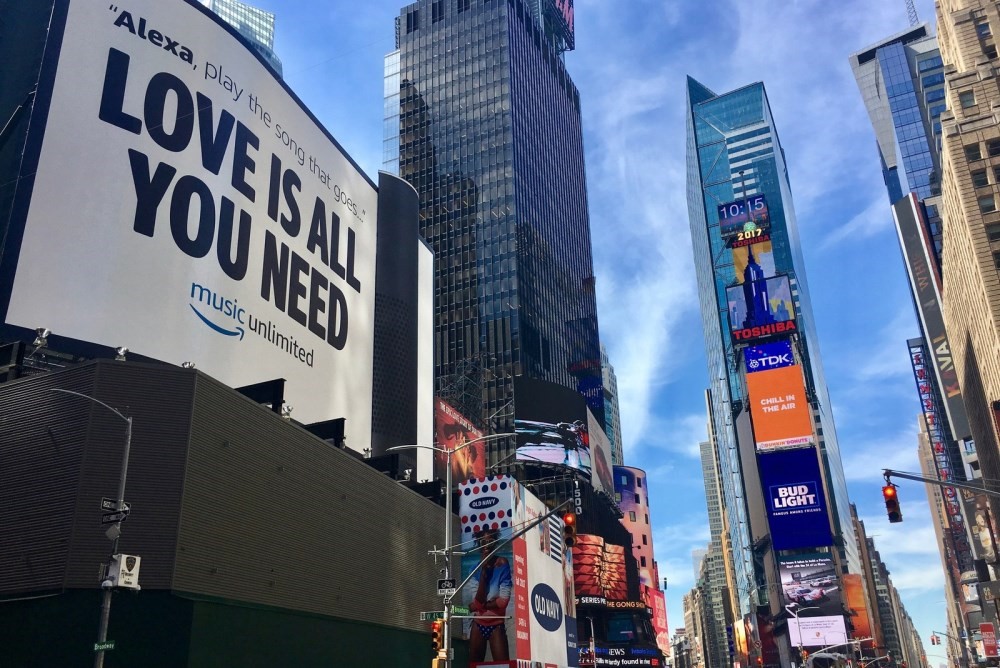 If you want to make a bold statement, you have to go big.  That's exactly what Amazon did, making a 79-foot replica of an Amazon Echo in Times Square (above).  According to a recent study by NPR, this year Amazon hit 76 percent of the total "smart speaker" market in America.  With their brilliant campaign, they said to their competitors: go big or go home. 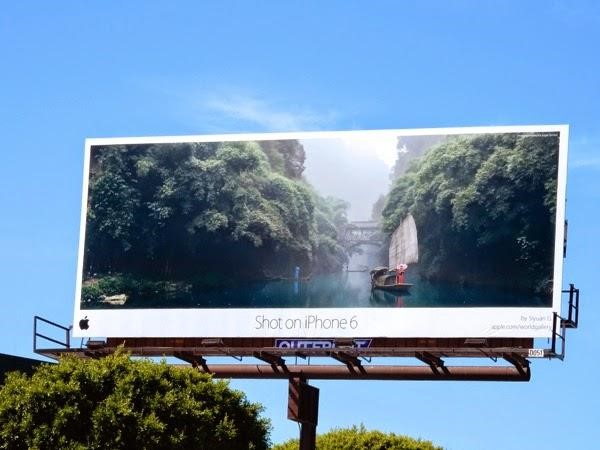 For the third year in a row, Apple has leveraged its "shot on iPhone" campaign.  Why?  Not only is it insanely popular, but it is a way for Apple to leverage content from its audience and increase engagement.  In fact, Apple launched its Instagram account in August of this year and already has overtwomillion followers.  The account exclusively features photos shot by users on their iPhones, and it's a great example of how OOH campaigns can feed into your digital and social campaigns.  Indeed, it makes one wonder if OOH is the ultimate social medium. 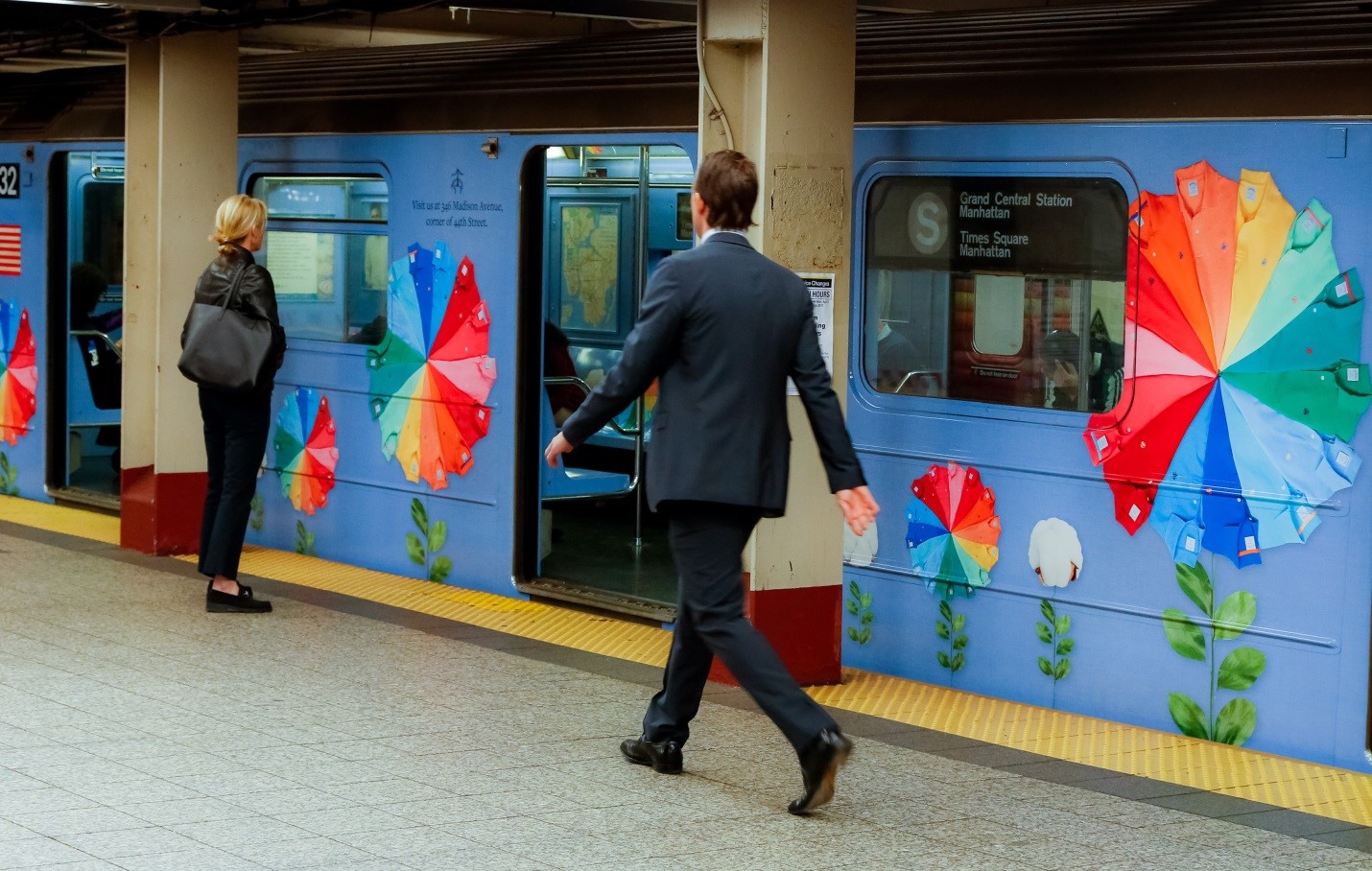 I've always thought that New York City subways are one of the best creative canvases for ad campaigns.  This eye-popping design (above) certainly caught the attention of commuters.  It was a fully integrated campaign featuring bus wraps, Penn Station's digital network, shuttle train wraps and total reign of Grand Central station.  Brooks Brothers' campaign was a reminder that OOH advertising really can make an impact while beautifying our city. 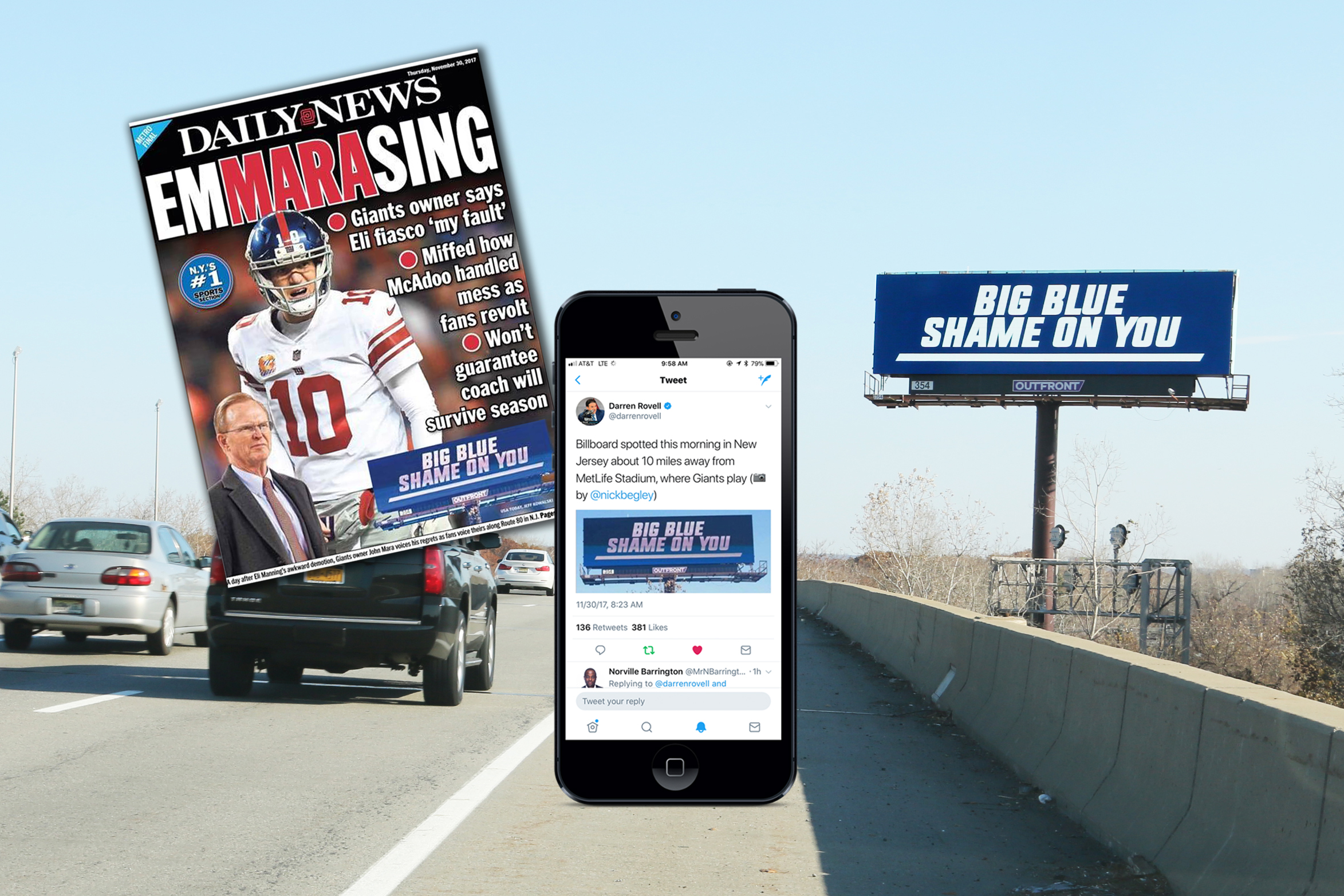 In response to the New York Giants' 2-9 season, and their choice to bench Eli Manning, New York Giants fans took to OOH (above) to decry the organization's decision.  The billboards were strategically placed near MetLife Stadium soon after the call to replace Manning with Geno Smith.  This was a brilliant example of how timing is everything when it comes to OOH, and how OOH can engage in the discourse and many times, steal the spotlight! 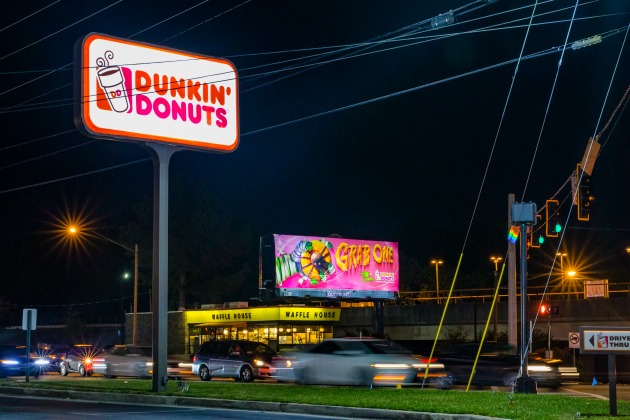 Dunkin' Donuts has had an incredible year in terms of creating loud, bold campaigns that are fully integrated across all of their channels.  Their loyalty program now boasts five million members and their "Grab One" campaign (above) was part of a successful initiative activated across Instagram, Snapchat and OOH to help increase their online orders. 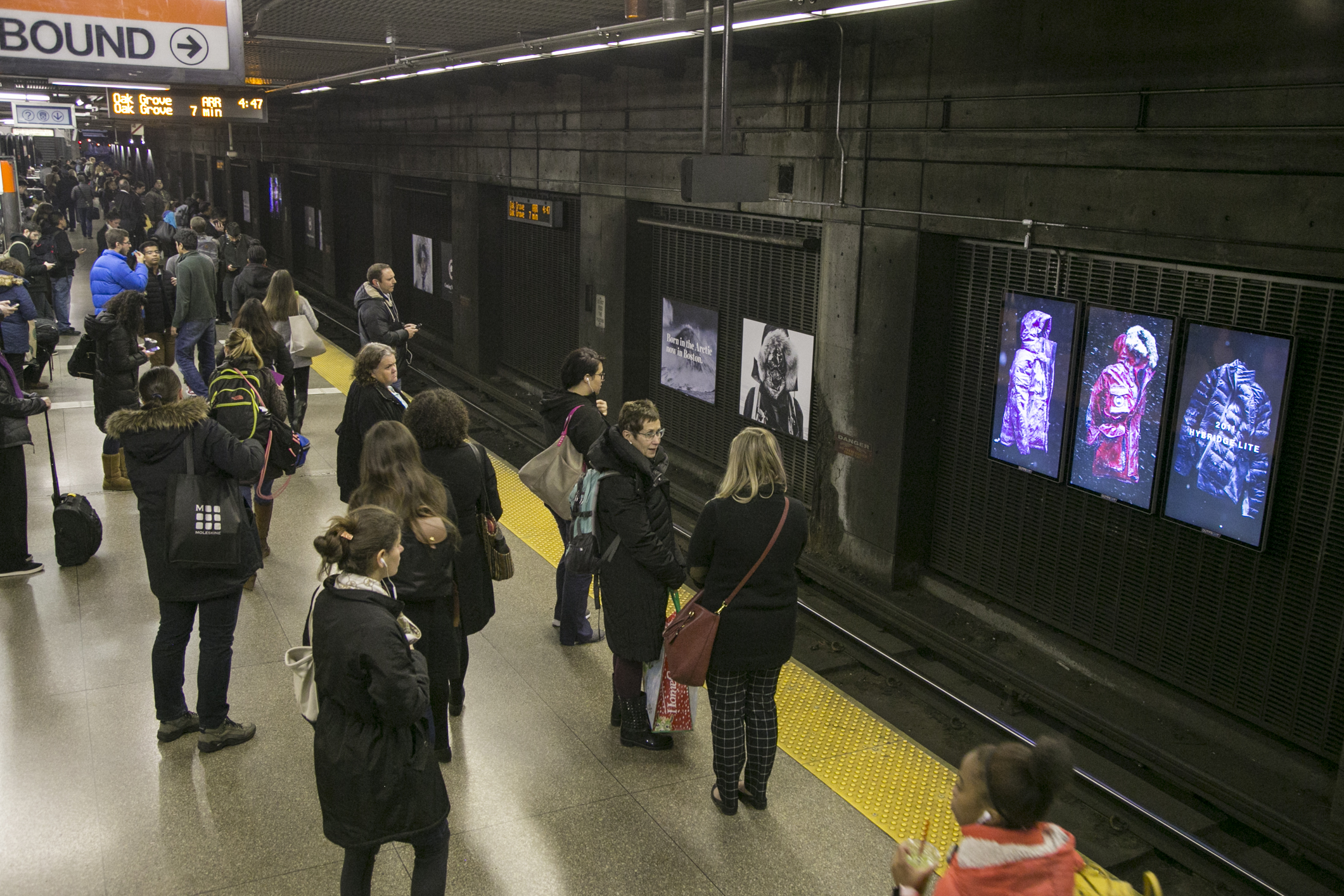 Has any image has become more affiliated with Toronto and Drake than Canada Goose?  The brand is a total powerhouse, and they use OOH very effectively by focusing on beautiful, clean images (above) of their product in gorgeous, natural environments.  It's no wonder that Drake is seen everywhere in Canada Goose parkas.  Together, the pair have been putting the 6 on the map.

The best OOH campaigns utilize trends, timeliness and marketing strategies to connect with consumers.  The more interactive you can design your campaigns, the better.  I hope you've been inspired by some of my favorite campaigns, and may this be your best year yet with your OOH campaigns.