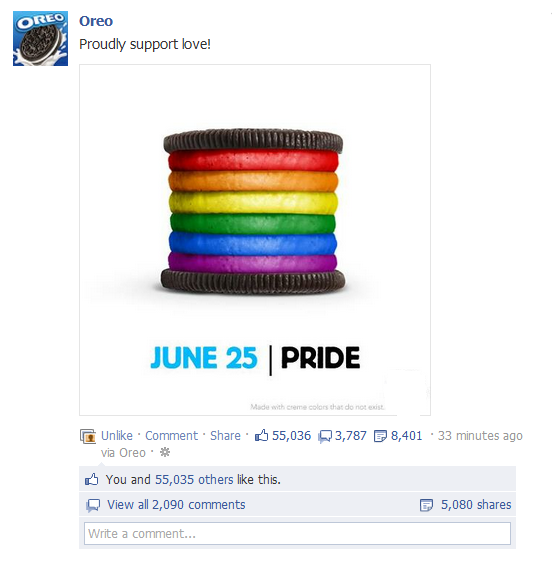 Nike terminated its deal with Manny Pacquiao. Adidas shut down homophobic commenters this past Valentine's Day. More and more brands now "get" LGBTQ. These are, indeed, encouraging times. But it wasn't always so. In fact, it wasn't that long ago that the only time you would see LGBTQ representation in ads was as the punchline of jokes. Most memorably, "Saturday Night Live" 25 years ago got into the act with its parody commercial for Schmitts Gay Beer. For far too long brands feared alienating their audience with ads that showed so-called "alternative" lifestyles. So it's really incredible how far LGBT images in advertising have come.

Thanks to a few pioneering brands, nowadays showing LGBTQ people in everyday situations is practically de rigueur. In the 1990s, a few brands started including LGBTQs in their print campaigns, often after using similar creative in LGBTQ media. Ikea took the first giant step to television in 1994, matter-of-factly including a gay couple shopping for furniture. It took almost two decades to see that trend find its way into the biggest brand advertisers.

Thanks to strides in equality for LGBTQs and Millennials' attitude that brands who value equality are brands worth supporting, advertising's closet doors have flung wide open. Brands know that they will be viewed positively for depicting LGBTQs since all consumers, straight or gay, will perceive the brands more positively as a result.

Here are some of the most groundbreaking LGBTQ ads from brands who are setting the standard.

It took a European retailer to start the trend. Ikea delivered the first major mainstream TV commercial to portray a gay couple.  It received kudos (and complaints) for presenting them no differently than any other couple.  Ikea's head of marketing at the time stated simply, "This is just part of our overall strategy to try to speak directly to all kinds of customers."

Twenty years later, Coca Cola put several gay couples (and a gay family) into their Super Bowl ad embracing the diversity of the USA. There's almost no brand bigger than Coca Cola and no forum bigger than the Super Bowl.

Just a few weeks later, Chevy followed with a spot highlighting the diversity of families today -- including several LGBTQ families.

In a certain sign that the environment is safe for brands to support LGBTQs, the 147-year old brand felt it was time to embrace the face of the modern family. This sweet and surprising commercial plays with the "Star Wars" themed soup.

Oreo's captured awards and kudos for their creative use of social media to become a part of the conversation of the day. Oreo didn't shy away from controversy when they showed their rainbow themed cookie.  Even in 2012, this simple image led to boycott threats. 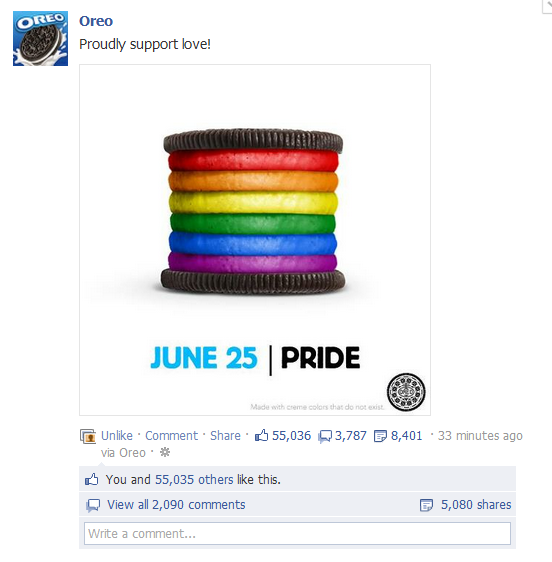 Google often includes LGBTQ images in their TV commercials, but their 2013 social media campaign #ProudToLove made the most of a viral medium. Not only did they highlight important and heart-tugging stories, Google showed the power of their YouTube platform to allow expression of all kinds of people.

Beyond simply including LGBTQ people, the long gay-friendly Tylenol took a stand for equality.  The simple spot asked, "When did you first fight to be considered a family?"

Millennial and Generation Z-targeted Axe shows us a peek into the future where LGBTQs are not only included but celebrated for being exceptional. A young man "Rocks Those Heels" and two teen boys find their perfect match in a record shop.

Scott Gatz is the founder and CEO of Q.Digital, a leading LGBTQ media company whose brands include Queerty, LGBTQNation, and GayCities. Prior to founding Q.Digital, he held a number of senior roles at Yahoo Inc.