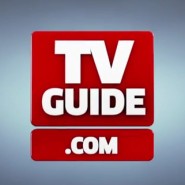 11. Pardon the Interruption Award: When Blythe Ballard (Frances Conroy), Hank and Evan's rich neighbor, moves to shut down HankMed on Royal Pains, Evan tries to save the company by staging a fancy open house to win over the 'hood. But Blythe puts a damper on the affair with talk of injured, sickly patients traipsing all over the pricey property. Evan tries to refute her argument, but is interrupted by a patient, who bursts into the party shouting for Hank. Um, pigs in a blanket, anyone?

10. Best Damage Control: Yes, Miss Utah Marissa Powell totally flubbed her answer about income inequality during last week's Miss USA pageant, but at least she has a sense of humor. She stops byJimmy Kimmel Live!to put her fumbled answer into song, all to the tune of "America the Beautiful." Is it too late for Miss "The Iraq, Such As" to do the same?

9. Worst Twist: Whenever someone says, "the worst is over," it's obviously not. On Mistresses, Savi is ready to put her affair with co-worker Dominic behind her, but instead she gets the (most clichéd) shock of her life when she finds out she's pregnant. Oh, did we mention that Dominic is black and her hubby is, um, not?

8. Scratch-and-Sniff Award: On Watch What Happens: Live, a caller asks pop singer Kylie Minogue if fellow guest Elijah Wood really smells like pinecones. Minogue plays along, sticking her nose right into Wood's neck and concluding that, while he smells good, "there is no real trace of pinecones." A blushing Wood laughs nervously. Lesson: Celebs will do anything for Andy Cohen!

7. Best Duet: How do you alleviate stress? Jimmy Fallon heads to the roof of 30 Rock to yodel-lay-hee-hoo his worries away onLate Night, only to discover that Brad Pitt is getting his yodel on atop another skyscraper. The two have a quick "chat" before Pitt makes a daring proposition: the never-before-attempted "double yodel" — which they pull off harmoniously. Now that's one way to promote a movie without saying a single word.

6. Best Twist: Life is good for Necessary Roughness' Dani at V3 -- fancy perks, her cute, charming boss... But then Nico screws up the whole thing when Dani discovers that he is actually working at V3 to get dirt on the bosses. After he tries unsuccessfully to get Dani to quit, he tells his informant to protect Dani at all costs. Now if only Nico could be this chivalrous in front of Dani instead of behind her back in a dark alley.

5. Best (Worst) Photo Finish: After Vice President Meyer walks through a glass door and cuts her face on Veep, she decides to keep her commitment to run a 10K the next day. She easily finishes the race, telling the press that it feels good to "get the blood pumping" -- just as her facial cuts and nose start gushing blood. Methinks it's time for Joe Biden to step it up a notch.

5. Best Role Reversal: On Hannibal's season finale, Dr. Lecter manipulates the evidence to make it appear that Will murdered Abigail Hobbs — whose ear he vomits up! — but also that he is responsible for the Minnesota Shrike "copycat" murders that Lecter himself committed. Jack arrives just in time to stop Will from shooting Hannibal and takes him into custody, setting up a brilliant reversal of a scene that Silence of the Lambsfans will recognize: Will sits in a cell as Lecter peers in, flashing a small, devilish grin.

4. Most Moving Tribute: Stephen Colbert breaks character on The Colbert Report to deliver a heartfelt tribute to his mother, Lorna Tuck Colbert, who died last week at 92. "If you watch this show and you also like me, that's because of my mom," a choked-up Colbert says, before describing how his mom met and wooed his dad, doted on her 11 children, and, through her faith, coped with the deaths of her brother, husband and three sons. "When I was leaving her last week, I leaned over and said, 'Mom, I'm going back to do the show.' And she said, 'I can't wait to see it. I wouldn't miss it for the world.'"

3. Best Takeover: Russell Brand is a spaz, but you've got to feel for him when Morning Joe hosts Mika Brzezinkski and panelists Katty Kay and Brian Shactman start undermining him during a routine interview to promote his comedy tour. After they mock his accent, refer to him in the third person and by the wrong name, Brand commandeers the show and eviscerates the trio. "Is this what you all do for a living? You're conveying news to the people of America? People of America, we're going to be OK," he quips. "Everything's all right. These are your trusted anchors."

2. Identity Theft Award: Mad Men finally solves the Bob Bensonmystery. He's not a federal agent or a secret love child, just a run-of-the-mill fraud like "Don Draper"! Pete discovers his secret after huddling with Duck of all people, but eventually decides to keep Bob around for a while to help him with the Chevy account. See! Even Pete can demonstrate some strategic maturity.

1. Non-Deadliest Reveal: True Blood ventures to answer the season premiere's biggest burning question: Who or what has Bill become? The answer is not conclusive, but consider this: When Sookie drives a stake through his heart, he removes it like it's a splinter. He's no ordinary vampire anymore.

in its competitive category, is one of the fastest-growing online entertainment destinations. The site offers breaking news, original video, in-depth features, listings and the Online Video Guide, a video search engine allowing users to find the latest full episodes, clips, music videos and more. TVGuide.com is the flagship of the TV Guide Online network of sites, which includes TVShowsonDVD.com and FansofRealityTV.com.