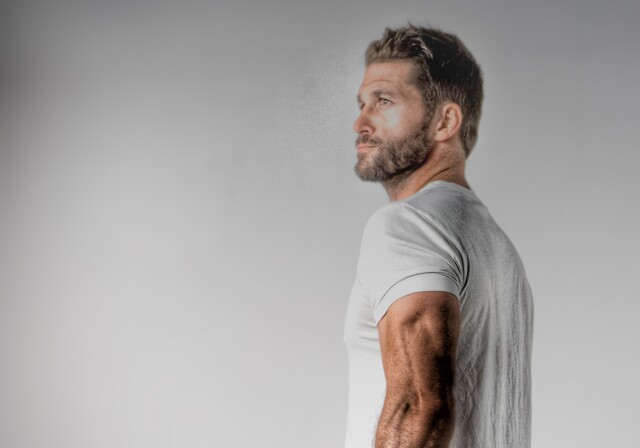 When’s TLC’s Trading Spaces ended ten years ago, its core personalities had become firm favorites with viewers.  Now, in a time of successful reboots, the show that launched a million Home Depot trips is back with familiar faces like Paige Davis, Ty Pennington, Hildi Santo-Tomas and Carter Oosterhouse (to name a few) and one major renovation.  Meet Brett Tutor, one of a few new additions to the crew and possibly the greatest contender for The Bachelor imaginable.

Born and raised in Austin, Texas, Tutor at age 12 was a world-ranked junior golfer.  He played football and baseball through his senior year of high school and by 15 was an apprentice carpenter and a home inspector under his grandfather's guidance.  At 21 he was working with orphanages in Africa before joining the Air Force. He has subsequently worked as a stuntman, EMT/SWAT medic, house flipper, white-water rafting and rock climbing guide, singer/songwriter/guitarist, as well as a security and survival specialist on Season 2 of Discovery’s hit show Treasure Quest.

Apparently, there is nothing Tutor can't do, so one might think Trading Spaces would be a breeze.  "The first episode I did on my own, I probably did a lot worse than people probably think," Tutor admitted during an exclusive interview with MediaVillage.  "I had done quite a bit of carpentry work [in the past] but basically had been doing home inspections full time.  So they surprised me by telling me that Ty (Pennington) would be the designer on the episode and I would be his carpenter. I was like, 'Okay, no pressure,'” he laughed. 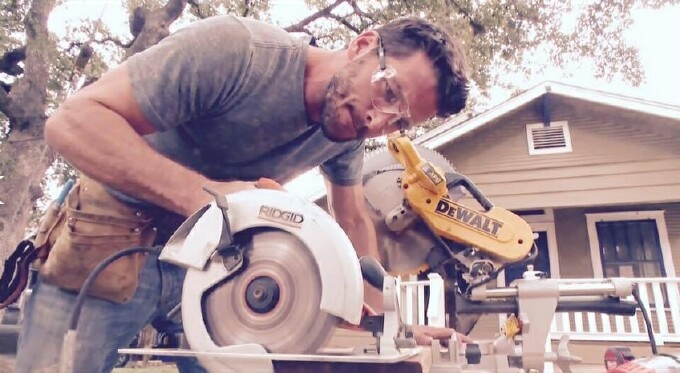 "I didn't know if I was building cabinets, a bed, tables, I really had no clue,” Tutor continued.  "Ty comes in and says, ‘I need an eight-foot midcentury modern credenza; a midcentury modern round dining room table with three legs; a square side table with four legs, a 6' x 4' room divider with drawers and a shelving unit on the wall with pegs to move shelves around.  You have $200 and a day and a half to do it.’ Then everybody went away and I thought, ‘Oh my God!’”

"I threw some geometrical challenges at him and he was quick and very resourceful," said Pennington of Tutor’s initiation.  "That's how it is with this show. When a designer comes to you and says, ‘I have $10 and I need you to build me a box-shelf,’ you have to do more than just a box-shelf.  So how do you make it different and give the person something more than just your basic box?  It’s a chance to shine as an artist.  Brett passed the Trading Spaces test on doing something different!"

"Ty was very nice and supportive," Tutor noted.  "But it was also like, 'Hey buddy, welcome to the show. This is what you gotta do.'  That was my initiation; I just hope [nothing fell] apart."

According to Tutor, the rest of the Spaces team was also very welcoming. "It feels like getting adopted into a dysfunctional family,” he said.  “They were all incredibly welcoming because they can empathize with how new it was, how much pressure it is and how crazy it can be.  But at the same time, they're not actors, they're professionals who happen to be on TV so it was more like, 'Welcome, you're part of the family, but now you have to work,’ so I had to prove myself.”

If you think Tutor doesn’t have enough on his plate with his Trading Spaces duties, think again.  He's still running his home inspection company (Property Doctors Home Inspections).  He and his brother Chase have just released a single titled “Fire Fly” and a music video for their band (The Tutor Brothers) and is looking forward to touring. So how does he do it all?

"I often get asked what the best decision I ever made was," he shared.  "I'm not going to tell someone to drop out of school, but not going to college and taking up a trade turned out to be the best thing I could've done.  I mean, I work for myself, and while I wasn't making as much money as some others, I do have control and my success was up to me.

"I can't understand why for some reason trades are frowned upon," he added. "And we do have a lack of tradesmen.  I think encouraging people to take up a trade is something I love to be a part of.  It's really given me a foundation for my life, and I couldn't go into a treasure hunting show or learn how to skydive or do music if I wasn't doing home inspections.  It gave me the freedom and flexibility to do all of that.  I'm also just grateful to be a part of this show and I hope we get to do it for a long time. "

The two-hour premiere of the all-new Trading Spaces will be telecast Saturday April 7, at 8 p.m. on TLC.