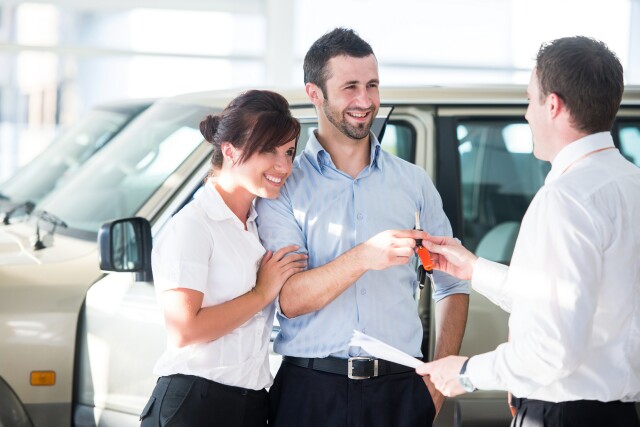 “Cable companies today have powerful audience insights that rival what ad tech companies have been boasting about for years,” says Jonathan Bernard, an auto industry veteran and former Vice President, Automotive Sales and Strategy at Spectrum Reach.  “Now it’s all about the data, and we have that, too.”  As the fastest-growing (and second largest) cable TV, internet and voice company, Spectrum -- with 26 million residential and business customers in 41 states -- has a lot of it.  When it comes to providing hyper-specific data to the customers of its advertising sales division, Spectrum Reach, the company has few rivals.

Spectrum Reach’s customers include all three levels of auto advertising -- local dealers, regional auto sales associations and (via co-op advertising money distributed to franchises) national brands.  Bernard (pictured below) shared with MediaVillage insights about how access to smartly targeted television advertising is reaching down to the dealer level.  “One huge advantage is that our data can be applied to the leading media platform -- TV,” he said.  “No clickbait, no showing up next to questionable content.  When you add the ability to apply meaningful consumer insights down to the 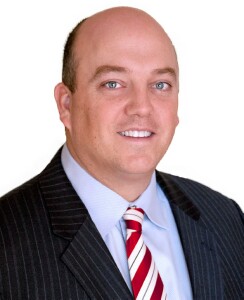 zone level on TV it’s a gamechanger for advertisers.

“Auto dealers are trying to get to their customers, and with us they can get down to the zip code level, where those customers are,” he continued.  “They can see the impact.  Nielsen might have 1,500 boxes in a market, and they use the data they generate to create models.  But in the same market we may have a million Spectrum households.  So, without personal attribution, we gather complete information on what people are watching, and when, and we know who’s tuning in to programming.”

Bernard, who previously worked in sales at Lincoln/Mercury, Ford, Mitsubishi and Mazda dealerships, said auto dealers who previously avoided television advertising because they thought it was too expensive are now likely to find some level of TV within the budget.  “It’s ‘narrowcasting’ instead of expensive broadcasting -- the ads can be specifically targeted,” he pointed out.

Spectrum Reach’s data is combined with household auto registration information collected by IHS Polk to give advertisers a good sense of the car-buying habits of viewers of particular programs.  A low-rated sports broadcast might yield unexpected data about high Audi ownership, for instance, and that could be an opportunity for the VW Group to buy-in at relatively low prices.  Or the data could show a large number of customers leasing Jeep Cherokees, and they can be reached when the cars are coming off lease.

While the new car sales business is being impacted by online research, it’s still mainly used cars that are being sold online.  Bernard is skeptical that consumers will switch anytime soon to buying new vehicles entirely on the internet.  “It’s a big purchase, and they still want to go to the dealership to see what they’re buying,” he said.  Eighty percent of auto consumers may start the car-buying process on a computer, smartphone or tablet, but CDK Global reports that 90 percent still prefer to begin their research (and credit approvals) on a dealer site, compared to those offered by third parties.  And the final sale is still on the showroom floor.

Getting the attention of TV viewers has become a moving target.  According to MediaVillage data, total digital ad spending in 2018 surpassed TV advertising, capturing 40.5% percent of total advertising budgets.  Addressable/targeted advertising through local cable and satellite distributors is projected by MediaVillage to generate 60% annual growth through 2022. Spectrum has a lead role in capturing that opportunity, Bernard said, because it’s also an internet supplier with access to unique IP addresses.  “Children don’t know the difference between broadcast and cable TV or streaming on a tablet,” he explained.  “They consume television in all its forms, and we capture all that data.  While data remains private and is aggregated for our advertising business, if it’s in the household, it’s running through the cable pipeline.”

Spectrum Reach’s analysis is sophisticated, accounting for (and discounting) people who simply leave their televisions on all the time without watching them.  And it’s adapted to DVR also -- giving advertisers opportunities, where available, to advertise pre-roll -- before a recorded program is watched.  “We can reach you even if you never turn on the cable box, through tablets and mobile,” Bernard said.

Spectrum Reach support extends beyond the media schedule to commercials through a full creative and production studio, Bernard adds.  “Locally produced TV advertising can be amateurish, so we will write scripts, create storyboards and support the production.  We want advertisers’ commercials to be professional and to resonate with the consumers they’re targeted to.”  Spectrum Reach also works with the movie industry to place client ads on airlines and other out-of-home media.  Again, the opportunity comes with advanced demographic information on the people reached by those media.

“Data is king,” Bernard declared.  “When it comes to a new generation of effective auto advertising on television, the future is here.”