Travesty of the Daytime Emmy Awards 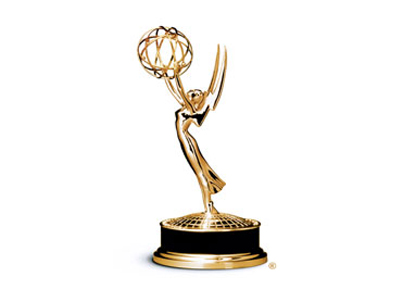 There was plenty of coverage earlier this month about the primetime Emmy Award nominations. Who was a sure contender, who was a surprise player, and who, starting with Orphan Black star Tatiana Maslany, was left off the playlist.

For the first time in its history, this event was reduced to being watched on the Web only (after two terrible years on HLN). Anyone unfortunate enough to see this play out live bore witness to a red carpet preamble that should live in infamy. Social media talent contracted to host this portion, clearly unprepared for the job, showed they had no business interviewing the talent they approached. A number of their questions were tasteless at minimum, racial at max, and will not be dignified in this space.

Things didn't get better from there. Kathy Griffin, a funny presence elsewhere, went on an expletive spree during the ceremony, while many of the notable Emmy winners were absent, leaving many a presenter to accept on their behalf.

How has an event that at one point in the 1990s was one of the top-rated award programs of any entertainment venue on television reach the point where it A) can't get any TV network to carry it and B) can't capture the attention of both viewers and the key players of daytime TV? How?

Maybe it is due to the overemphasis on one aspect of the day-part, the daytime dramas. There's so much more to daytime than four soap operas -- game shows, talk/variety, court shows, morning news, lifestyle series, newsmagazines, kidvid and educational programming all over the broadcast and cable landscape. Yet despite the reduced presence of daytime dramas -- in number and ratings -- daytime Emmy organizers continue to steer the majority of coverage and promotion their way. As that Crazy Eddie spokesperson would bellow, insane!

No wonder fans of Jeopardy (whose 30th anniversary was given zip attention) or Judge Judy or Sesame Street or Good Morning America or Inside Edition or Litton's Weekend Adventure turn off. For them, the Daytime Emmy ceremonies don't get it.

And while these organizers haven't lifted their voices to answer everyone who has about their latest travesty, I'll raise mine to acknowledge the one breakthrough achievement they did introduce. Original Spanish-language programming from Univision, Telemundo and other players were given their first opportunity ever to win national Emmys, competing in a trio of categories. Long overdue, and the primetime Emmys should follow in quick order.

Right now, here's what NATAS should do: Stop the silence and acknowledge the total screw-up this Daytime Emmy event turned out to be. Then apologize to both the public and daytime-producing community alike. Then plot out a 2015 ceremony which gives the variety of programming out there a worthy showcase. Daytime dramas are one fine part, but not the only part. Set the production and host duties up with people who respect the medium, not those who would shred or trash it.

And bring it back to a TV set near us.

New observations from the passing parade:

That was wonderful World Cup coverage by both ESPN/ABC and Univision over the last month. Best announcer team play: ESPN Deportes' Fernando Paloma and Alexander Moreno doing ESPN games in English. Their by-play, passion and analysis were joyful to hear.

A World Cup plea to FIFA, soccer's organizing body. You give fans a bad taste in their mouths when overtime games are decided by penalty kicks. That's like determining a tie baseball game with a home run derby, or basketball with a slam-dunk contest. Simple solution: cut out extra time and just play one overtime period in which the first team that scores a goal wins.

In a recent column, Netflix was invited to do a press event in New York on its growing roster of original series. As we wait to see if Netflix follows through, let's extend that invite to Amazon and the original series up its sleeve that were touted at the current TCA tour in Beverly Hills.