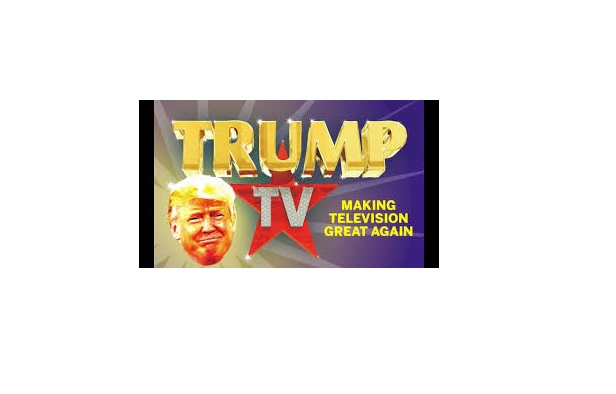 Donald Trump’s Act Two debuts in January.  The country will pay the price if the news media gets hooked on the show.

The fantasy of the illusion of the normalization of Donald Trump, David Remnick wrote in the New Yorker days after the November 2016 election, should now be a distant memory, an illusion shattered. Remnick wasn't the only one to spotlight the president-elect's pathologies four years ago. Unfortunately, the warnings did nothing to alter the mainstream news media's depiction of Trump as a populist outsider prepared to shake up Washington. As Trump raises the curtain on his Act Two, their coverage appears ready to make the same mistake again.

Remnick was admonishing the press for embracing an assumption that Trump's mendacity already had proved false in his 2016 campaign: that the weight of the highest office would turn a sociopathic and profoundly uninformed partisan into a presidential figure. Intentionally or not, Remnick's words weren't only a warning about Trump. They also called out journalism's business-driven narratives. The commentary should be reread as Trump prepares to spend the next four years denying his defeat as well as his successor's hopes to do the work of the nation.

With Trump laboring to discredit this November's election results, the companies that own broadcast, cable and web-based journalism need to make up their corporate as well as civic minds: are their business models going to blind them once again to their role in helping him undermine the country's democracy? Their complicity isn't debatable. Having ignored for four years the political damage done in endlessly purveying Trump's deceits as straight news, the question doesn't appear to be one they've pondered, if even considered at all.

It's not hard to figure out why. From Facebook's amoral algorithms that post pro-Trump QAnon conspiracies alongside puppy pictures to controversy-seeking cable news producers who feature White House toadies rather than real news, putting Trump's antics and absurdities on air since 2016 has boosted the bottom line. Imagining the boardroom back-and-forth about the outlook for 2021 is easy enough. Broadcasting baseless conspiracies, tweeted tantrums, kamikaze attacks on conservatives who compromise with President Biden? Why stop now?

Just look at the numbers. Polarized politics produced a  $14 billion campaign in 2020; broadcast, digital, cable and radio pocketed close to half. That's on top of the revenue from the Trump Show 1.0 and cable news' "he said, she said, two sides to every story" approach. Fielding a menagerie of analysts, commentators and White House stooges who endlessly debated his lies monetized Trump's mendacity. For the green-eye shade types forecasting next year's revenue, Trump's current fabrication—a stolen election—is the two-by-four in the wind. The curtain is going up on the Trump Show 2.0. Can a bigger bottom line be far behind?

That the new Trump Show will score in the ratings isn't a sure thing. A few former White House insiders suggest its star may fade away, unable to accept his loser's status in the biggest reality TV contest he ever staged. Others cite his legal and business challenges. It's plausible that state and federal investigations, defamation suits, and a half-billion dollars in personally guaranteed debts could take priority. But so is four years of experience that suggests Trump disappearing is as likely as his own prediction that the coronavirus would do the same.

For media executives willing to acknowledge their part in Trump's assault on the democratic process, the choices are obvious. To their credit, their journalists finally are dismissing out of hand Trump's latest lies about the election. As for their bosses, they can follow suit by dropping any professional pretense that their outlets are obliged to guarantee the ex-president airtime.

Instead, in the wake of a presidency covered in a fabric of lies, a continuing focus in Trump's post-White House years on his record of prevarication can put his falsehoods in context providing fact-checking that would serve audiences and the country well. The same holds for his entourage—the fearful Republicans, former Trump toadies, and Proud Boys who will carry his water. All deserve the same treatment as Trump.

Simply turning off the cameras, however, isn't enough. No less than their print counterparts, broadcast and cable news needs to make examining the legacy of the ex-president and his administration job one. From gutting the State Department to lobbyists and federal officials fattening the coffers of Trump's resorts and hotels, four years of on- and off-the-books activities are ripe for investigative journalists. As suburbia's humorist, the late Irma Bombeck, wrote, the grass is always greener over the septic tank. Trump has left a fertile field indeed.

Mainstream journalism also needs to look hard at investigating itself. For journalists and their standards of accuracy and integrity, it's a worrisome picture. Take cable news. Fox News has held the position of market leader with its primetime model of Trump-inspired propaganda occasionally covered by a fig leaf of professional reporting. Whatever Trump's current displeasure with the network—Fox cuckolded him by broadcasting accurate election results last week—his emerging government-in-exile is seeking to create more of the same.

Not surprisingly, Trump himself reportedly is thinking big. A news service under his control would allow the faithful to subscribe to a streaming Trump TV. Trump logoed or not, Newsmax and One America Network, two news outlets that religiously parrot the White House, also reportedly are attracting investor interest. The deep pockets—conservative funders tied to the Republican Party as well as Trump—are fair game for investigation. So are Newsmax and OAN. As propaganda mills, neither they nor Trump are going away.

Trump TV 2.0 isn't just a post-election story about the changing world of journalism. Trump has made no bones about his desire to bring the media to heel. The rise of news services that are all but officially tied to him and his political party calls for a decision by journalists as well as their organizations: is their work to be treated as the product of professional colleagues or the propaganda of a political movement dressed up as the output of the working press?

The news media succumbed to the fantasy of the illusion of the normalization of Donald Trump on the eve of his presidency. It would be a mistake the do the same at its twilight. The country can't afford the price.