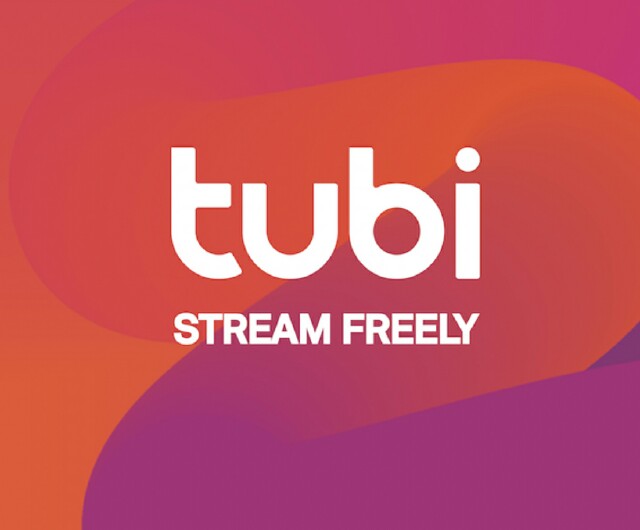 After 18 months of ownership by Fox Entertainment, ad-supported multi-channel bundle Tubi is going all in with original content creation, spreading more than 140 hours of exclusive first-run programming across its assortment of services. The output falls into three categories: documentary series and specials from Fox's alternative entertainment organization; animated work from Bento Box Entertainment (another Fox division) and made-for-TV movies from various suppliers.

Tubi's first big original programming effort takes place this month with a number of premieres linked in one way or another to Halloween. The bundle's first original series is Meet, Marry, Murder, a true-crime anthology, detailing incidents wherein people were killed by their partners, hosted and executive produced by Buffy the Vampire Slayer and Gossip Girl actress Michelle Trachtenberg. Other first-run presentations during October include Harland Manor, a movie in which paranormal investigators immerse themselves in a search for ghosts inside an historic edifice, and Celebrity Exorcism, bringing TV and sports personalities together to engage in a paranormal boot camp, followed by participation in an exorcism ceremony.

With this trio of approaches, Tubi is out to both differentiate itself from the rest of the multi-channel bundle field and deliver a higher, consistent level of engagement with viewers, explained Adam Lewinson, the venture's chief content officer. Just recall how the fortune of individual cable services was transformed after their first moves with original series. "Think about FX before and after The Shield. Think about AMC before and after Mad Men and Breaking Bad. It certainly can change," Lewinson asserted. "Netflix many years ago was synonymous with House of Cards. Today I don't think there is one series that is synonymous with Netflix. It's dozens or hundreds, depending on how you want to look at it. Original content can clearly be a differentiator. The deeper level of engagement, especially when you layer in originals, is really meaningful for viewers."

Lewinson chalks up the move into original content to three factors: the desire to fuel viewer engagement for an advertiser-supported on-demand (AVOD) operation, the maturity of audience data processes which can spot viewing trends and tapping Fox's vast content arsenal. "We only make money through advertising, so if we don't have viewers streaming content, we don't make money," he said. "For that reason, my job is about engagement. How do I engage our viewers with content that they feel passionate about, and stories and representation on-screen that speaks to what people want to see?"

More than 35,000 movies and TV series are currently available on-demand through Tubi, arranged into individual channels by genre or supplier collections. The bundle is offered free to users (more than 33 million nationwide as of this past January) with advertiser support over most smart TV sets and devices. Tubi also programs a set of channels catering to kids and families, and another set featuring Spanish-language programs. A&E, Dove Channel, Dust, Fox Sports and Lifetime are among the linear networks presented on Tubi.

"Roll that up together, and now seemed like the right time to develop our originals plan," Lewinson said.

With 42 percent of Tubi's audience identifying themselves with a multicultural background, look for diversity to play a large role in what first-run content Lewinson and his associates commission.

"Representation in front of and behind the camera is tremendously important to us," said Lewinson, who played content development roles at Lifetime Television, Crackle and FX before joining Tubi. "You're going to find a very steady stream of (diverse) content," he noted.

"It was a very charming movie and quite universal," Lewinson recalled. "This movie did not have to be in my native tongue for me to be completely captivated by it."

Movies like Harland Manor and upcoming science-fiction adventure Corrective Measures (out next spring with Bruce Willis and Michael Rooker leading the cast) could transition from one-shot presentations to ongoing series if viewer reaction matches or exceeds expectations. Ditto an unscripted effort like Celebrity Exorcism. "We're very open-minded, and if one or any number of these projects are successful, we're open to a series format," he continued. "Over time, you will certainly see sequels and/or extensions to various storylines or IP across Tubi. If our viewers want to see more, we're happy to provide them with more."

As of this writing, Tubi has not announced first-run cartoon content. Stay tuned for developments in that arena, Fox management maintains. Be on the lookout as well for development of unique advertiser relationships with Tubi originals. "It's a tried-and-true conversation that our sales team is going to continually have with various brands about different ways to engage (beyond commercials)," Lewinson said. "There's a wide variety of ways that brands can be promoted on Tubi or integrated into content."

As other multi-channel bundles join smart TV sets and devices in generating original programming and full-time services, the environment "becomes a game about understanding your audience and how to engage with your viewer," he explained. "Ultimately, my job is to understand the viewer. What they want and what they're asking you for is very, very different than what you will find on other platforms. We're going to keep focusing on what viewers are asking for, and make sure whatever we make is engaging with our viewers. It's a viewer-first approach."