Tubi Is Pushing the Pedal on Originals -- and Ad Opportunities 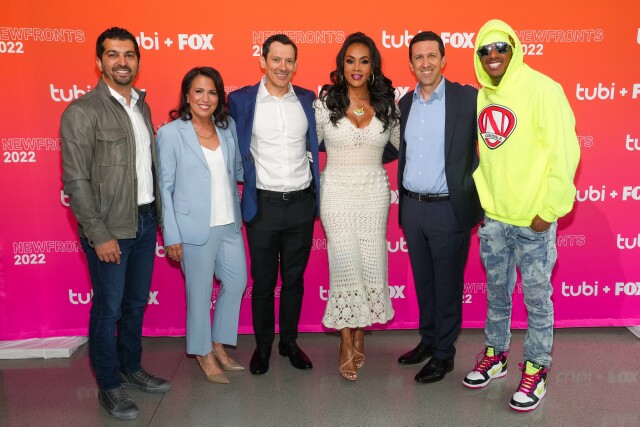 A year ago, Fox's on-demand and multichannel bundle Tubi was one element -- albeit a major component -- of Fox's virtual Digital Content NewFront showcase. With usage and viewership soaring over the last year, and the introduction of original programs in various genres, Fox let Tubi go on its own NewFront journey this past Monday, inviting hundreds of advertising and media officials to a presentation inside the Glasshouse building along the West Side Highway.

The Big Message: Tubi's mix of 40,000 on-demand movies and TV shows, 100-plus dedicated news and sports channels, and original content -- all free and ad-supported -- is a slam-dunk winner with the public. Moreover, a wide variety of demographic audiences are making Tubi a big viewing habit, with 40 percent of users multicultural. Expect a big increase in first-run programming, and expansion into entertainment-centric FAST services during the remainder of 2022 and early 2023.

Host: Actress Viveca A. Fox, whose movies from Independence Day to Set It Off are favorites with Tubi viewers. She owned the stage and the crowd with her sassy attitude, using every opportunity to get off a spot-on funny comment. Individual segments were handled by several Tubi executives. (Pictured at top, left to right, are Tubi CEO Farhad Massoudi; President Advertising Sales, Marketing and Brand Partnerships Marianne Gambelli; Chief Revenue Officer Mark Rotblat; Viveca A. Fox; Chief Content Officer Adam Levinson, and Nick Cannon.)

What Worked: Remember Cinerama, the innovative, immersive wide-screen process that movie theaters used in the 1950s and 1960s to screen films like How the West Was Won? Tubi's presentation was a contemporary take on Cinerama, using a wide semi-circular screen to illustrate key points. For example, having scenes from movie titles float by the sides of the stage as Fox was speaking, or bringing up appropriate scenery (a Western landscape, starry skies, etc.) to illustrate different movie genres.

What Also Worked: Nick Cannon making an unbilled appearance at the pre-presentation reception, spinning a variety of tunes as a guest DJ. Everyone appeared to be in a festive mood for hearing Tubi's pitch, thanks in part to Cannon's music mix.

What Didn't Work: There was nothing that didn't work. Well done!

Bonus Points: Plenty of delectables to chow down on before the presentation, from slices of sea bass to bite-sized kale Caesar salad.

News: More than 100 first-run series, made-for-TV movies and specials will play on Tubi between now and the end of 2022 or early 2023. New series include Kitchen Commando from Gordon Ramsay's production house Studio Ramsay. A variety of made-for-TV movies will be offered, including Classmates (directed by former Boy Meets World co-star Danielle Fishel), the Halloween-inspired Terror Train, gun violence drama Cinnamon and a remake of Maid in Manhattan, the hit Jennifer Lopez feature. Tubi's adult animation library will grow with at least two feature-length toons and a second season for breakout hit The Freak Brothers. TMZ will contribute a series of monthly specials on hot celebrity and pop culture topics. Both TMZ and Ramsay will have separate channels devoted to their programming output up and running in the near future. Another new channel will feature The Masked Singer episodes and bonus material. Concurrently, helped by a new "Campaign Insights" analysis outreach, Tubi will collaborate with advertisers and agencies on new ad practices, including organic product placement on original content, prime ad pod positions and integrated marketing.

Parting Words: "Take your seats, or risk being left in Tubi's AVOD dust!" -- Viveca A. Fox, in a last-minute voice-over to the audience