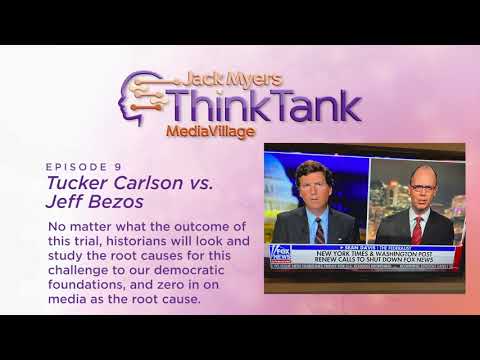 On February 11th 2021, following two days of Impeachment trial coverage, the Tucker Carlson Show on Fox News focused on an alleged attack on Fox News and on Carlson -- by Jeff Bezos, The Washington Post and The New York Times. Nothing else in the news was worthy of comment? I admit Carlson's comments held my attention and in today's podcast I share what I think about his accusations against the Times and Post. No matter what the outcome of this trial, historians will look back and study the root causes for this challenge to our democratic foundations, and they'll zero in on media as the root cause. Is Jeff Bezos this generation's Edward R. Murrow -- this generation's Walter Cronkite? Listen to my 3-minute commentary and think about it. You can reply on twitter @JackMyersBiz.