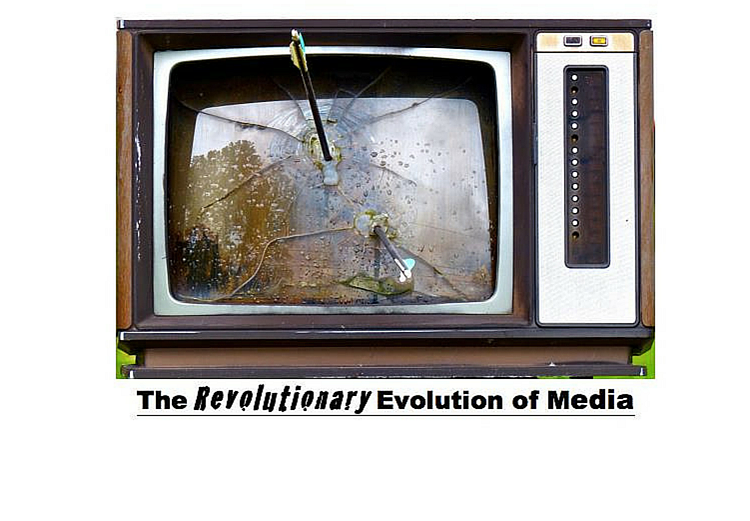 The war was over in Europe in early May of 1945.  Europe lay in ruins.

The war was over in Asia just after Japan had been devastated by the atomic bombs.  It was August, 1945.

And America geared up.

During the war, six television stations stayed on the air regularly; another ten backed off a bit and kept experimenting.

The first local TV newscast was on NBC in New York City in late 1939 and early 1940 as Lowell Thomas’ nightly radio newscast was simulcast for a few months.  The first TV-only newscasts were on CBS in New York in early 1941 consisting of 15 minutes at 2:30 pm and 7:30 pm of news read by Richard Hubbell.

CBS in New York in 1941 was dark on Sundays to give the engineers a day off … but at 8:45 on Sunday, December 7, 1941 the station went on the air with a live 90-minute report of the bombing of Pearl Harbor featuring CBS radio personalities with news and updates from their studios at Grand Central Station.

The war shut down the news on TV, though.  Radio carried live reporting from London and other locations making Edward R. Murrow famous.

Even before the war ended, NBC was creating the first network linking New York to Washington, DC and Philadelphia, Pennsylvania in 1944.  The second network, Dumont, launched in 1946; CBS and ABC followed in 1948.

By the end of 1945, the FCC had 158 new license applications, most from newspaper and radio companies.

In that year, Texaco Star Theater with Milton Berle debuted along with The Ed Sullivan Show (or shew as he said), Kukla, Fran & Ollie, Candid Camera and Howdy Doody.

The 7th mass medium had arrived.  For the record, the 1st was the religious pamphlets; 2nd was extracts of the Bible; 3rd was newspapers; 4th was magazines; the 5th was radio; the 6th was recordings.  Billboards came a little later.  Of note, big jumps in media came from wars more than once and often from governments themselves.  After billboards (and some other stuff) we’ll get to the Internet, which grew out of a US Defense Department desire for instant communications throughout the department.

But back to basics, by1948, 34 stations were operating in 21 cities broadcasting to about a million TV sets.  And the FCC had so many applications they called a freeze!  That lasted until April 15, 1952.

The incumbents boomed.  A third were owned by newspaper companies.

But signals from TV stations couldn’t reach everyone (they still don’t).  So a number of entrepreneurs found a way to serve folks outside the broadcast contours.  In Oregon, Pennsylvania, Arkansas and Texas tinkerers and TV retailers put antennas on high ground, ran open paired wire of coaxial cable from the high points taking the signal to what is still called a “head end,” amplified the radio frequency signals and using mostly cable connected households for a fee.

NBC’s network made it to the Mississippi River in 1949 and to the West Coast in 1951 with the other networks right behind.  CBS even tried an early color system in 1951 that didn’t work so well.  It was called a field-sequential color system.  Instead, the NTSC placed its bet on RCA’s system in 1953.

Speaking of News, Meet the Press debuted November 6, 1947 on the NBC network and is still running … though it doesn’t look the same.  The first anchor/moderator was Martha Rountree; the current anchor is Chuck Todd, the 12th to hold the chair.

In 1948, the NBC Network began airing NBC Television Newsreel, a program consisting of newsreels with voice over narration.  The next year it became the Camel News Caravan with John Cameron Swayze as an on-camera anchor.  About the same time the CBS Television News debuted with Douglas Edwards; it quickly was renamed Douglas Edwards and the News.  CBS also broadcast Longines Chronoscope, a weekly 30-minute newsmagazine from 1951-1955.  The DuMont Network also produced news shows from 1947 to 1955.

The real star in the early 1950’s was CBS’ Edward R. Murrow and the issues that mattered included the Korean War and the “Red Scare.”  Fear of communism seemed to be everywhere from news to entertainment to Congress.  Blacklists proliferated.  I Led ThreeLives was a TV hit.  Congressional committees held hearings and “outed” many a real not so real communist sympathizer.  Senator Joseph McCarthy (R-WI, 1947-1957) rode the finger pointing to significant prominence wildly and publicly accusing just about everyone of being a communist.  In 1954, though, Edward R. Murrow on his weekly newsmagazine See It Now exposed McCarthy for the fraud he was.  Later the DuMont and ABC networks carried the McCarthy-Army hearings live put a semi-official stamp on the end of McCarthy mattering.

In 1951, Pat Weaver (dad to Sigourney) created a morning show he called Rise and Shine, today it is called Today and features a mix of news and entertainment.  Weaver also created The Tonight Show.

But it wasn’t all roses and ratings.  The $64,000 Question quiz show was a ratings blockbuster when it debuted in 1955.   It was quickly followed by Twenty-One.  But that show was a sham.  So-called contestants were briefed and provided with answers.  The resulting scandal hurt all of the like-minded shows that purported to show ordinary folks winning big cash prizes.  Charles Van Doren became the poster boy for fraud after “winning” $129,000.

So what does all this meandering through programming mean?  Simple:  The impetus of war bled into an emphasis on news, which bled into multiple newscasts, newscasters, and sorta-news game shows.  As shows and showers multiplied (Tribbles anyone?  Or, in today’s world, GOP presidential candidates, anyone?) content became King.   Which today is … ah, we’ll get to that.