TV in the Time of Crisis – Connecting and Comforting 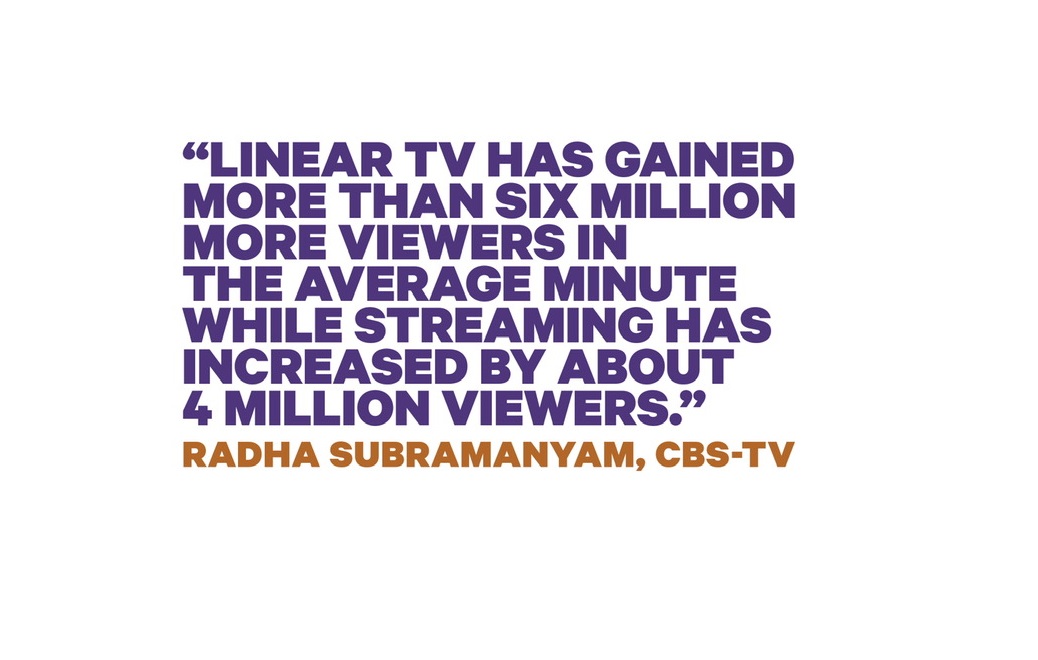 As the pandemic continues to upend lives and shake the foundations of our society, we are seeing consumer behaviors intensify and evolve. In this time of crisis and anxiety, television continues to be the great connecter, assuming an even bigger role in people's lives by fulfilling deep human needs for comfort, knowledge and togetherness while mitigating uncertainty and fear.

We took a look at the impact of television in people's lives by comparing current viewing patterns in the most recent weeks to the month or so prior to the COVID-19 outbreak. Here are some takeaways:

The role CBS plays in American lives during times of crisis is built on years of leadership as America's most-watched television network and can be seen in our recent performance where viewers are increasingly turning to CBS to stay both informed and entertained.

We know that TV plays an outsized role during any time of crisis. But its ability to bring comfort, knowledge and togetherness is especially evident today. Since the pandemic outbreak and the subsequent "shelter-in-place" policies, people are turning to TV in larger numbers and across all dayparts. And more viewers are turning to CBS – America's largest and unashamedly "big tent" network – than anywhere else.