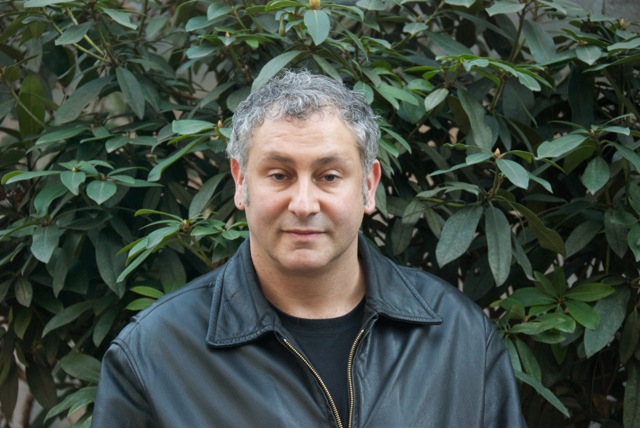 How delightful! The New York Times has provided me with a perfect opportunity to continue my ranting! The February 2, 2012 front-page piece by Bill Carter on TV network ratings trickery provides a perfect illustration of just how broken the current TV ratings environment is. I'm appreciative of his generosity in providing a perfect follow-up to my last post, but unfortunately, he stops short of considering potential solutions, or of offering examples of the ways frustrated advertisers are trying to work through this problem.

Carter's focus is on the "gimmicks and chicanery" (in his words) that TV networks use to tweak their Nielsen numbers – for example, the way ABC lists Good Morning America as "Good Morning Amer" during a week with low viewership so as not to pull down averages, the way NBC lists a Florida GOP debate as an episode of Rock Center with Brian Williams to bump up its ratings, and the way networks extend shows one minute past half-hour boundaries to improve their lead-ins. Carter reports that Nielsen doesn't step in "unless a gimmick results in something egregiously false," and he asserts that the gimmicks don't have much direct material impact on the networks; Carter claims that they mostly engage in the practice for bragging rights and press coverage, rather than as a means of influencing the value of their commercial inventory (since he seems to believe that Nielsen's C3 commercial ratings should not be affected by these practices). "Marketers get what they paid for no matter where a commercial gets placed," Carter blithely proclaims, without citing any actual evidence to support his assertion.

If only that were really true! Marketers may get what they paid for in contractual terms – that is, in viewership as measured by C3. But that doesn't necessarily mean that they got what they thought they were paying for! "Egregiously false" is setting the bar pretty low. And furthermore, the C3 ratings typically used for posting are calculated from the average viewership of all the commercial pods within a program (and includes time-shifted viewing up to 3 days later) – not from the actualviewership of actualspots by actual humans. That's not because marketers aren't smart enough to understand real metrics – the rapid rise of actualaccountable Internet advertising is evidence that advertiser dollars are jumping to a medium in which the numbers actually do add up. But TV does still offer a level of simultaneous reach that Web ads still can't touch, and it's clearly time to abandon the "simplifying assumptions" we've accepted for so long in measuring TV viewership – the assumptions that make gaming the system [appear to] pay.

Because TiVo's measurement capability is integrated directly into TiVo's DVRs, we're able to measure precisely and to aggregate accurately anonymous viewing minutes on a second-by-second basis across 350,000 households every day. And our data show (at least) three major flaws in the assumptions underlying C3:

· Commercial Retention varies significantly within a single program:For example, during the January 19th episode of American Idol, commercial retentions ranged from 39% for Chili's Grill & Bar Restaurant to 62% for Reebok.

· Commercial Retention varies significantly based on ad creative:Target commercials ranged from 60% to 85% for different creative executions (each with 45 or more airings across multiple programs during the same period).

· Pod Busters inflate performance of individual ads without affecting C3:These clever bits of content dropped into the middle of ad pods tend to pull commercial-skipping viewers back to attention – but that effect has limited spillover to other ads in the same pod. NPR recently covered this network strategy, citing several videos of pod busters. In the Desperate Housewives example, TiVo Audience Measurement data shows an astounding difference in commercial ratings: 11.9% for the Sprint Nextel pod buster versus a 4.9% for a Macy's ad in the middle position.

To Bill Carter's credit, his catalogue of deceptive-if-not-technically-fraudulent behaviors provides evidence that TV currency manipulation is a well-entrenched problem. But Carter stops short of highlighting the broader problem: the very fact that the current "TV Currency" can be manipulated. All this network futzing is designed to exploit loopholes in Nielsen's measurement methodology and in Nielsen's unwillingness to play enforcer against paying clients' dubious behaviors – in other words, to arbitrage the value of C3 as a currency to networks' advantage (and, frequently, to advertisers' detriment).

In the last year or so, however, we've already begun to see the first evidence that marketers are willing to explore currency alternatives to C3: For example, following October's MPG Collaborative Alliance presentation showing the sensitivity of Nielsen's ratings of CNBC among households earning $125k-plus, CNBC recently announced a deal with MPG and Fidelity to post on Rentrak's data in addition to C3.

Global financial markets long have employed multiple currencies for different kinds of transactions; a similar move toward multiple ways to reckon value is finally underway in the media business. Smart marketers soon will insist on employing currencies whose value is stable and predictable, and whose valuation mechanisms are data-driven and transparent. The time to create alternatives is now!

Special thanks to my colleagues Greg DePalma and Alex Petrilli for compiling all the research examples listed in this document.