Tyra Banks on Hosting "Dancing with the Stars," Diversity and Returning to Her "Americana" Roots 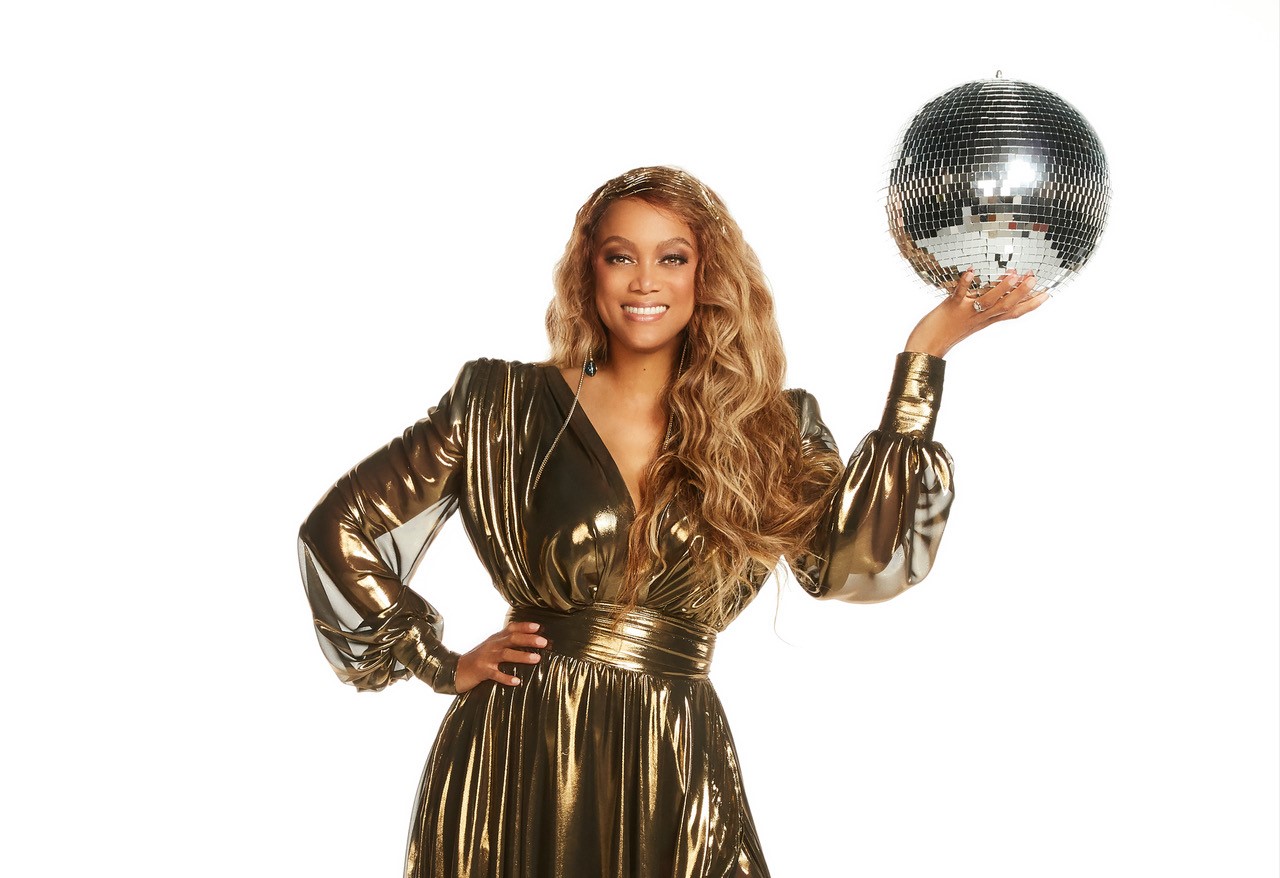 Since embarking on a modeling career at 15, Tyra Banks has infiltrated every area of the world of entertainment, becoming a renaissance woman and a very successful brand. She studied business management at Harvard Business School and would later school others on the subject of co-teaching at Stanford's Graduate School of Business. So when adding anything to her extensive resume, you can bank that Banks gives it serious consideration. Her latest venture, hosting and executive producing ABC's long-running competition series Dancing with the Stars, was no exception.

"When I was asked about the show, honestly, it wasn't an immediate 'Yes''', she told MediaVillage in an exclusive interview. "I sat on it for about a month or so, really wanting to think about it and make sure that I wasn't just coming into this just being the new host. I do teach branding, and I wanted to make sure that it was important, and that I was bringing something that could actually bring my audience with me; then add things from a demographic standpoint -- meaning age.

"Then fashion and fun," she continued. "When I think fashion, I don't mean high fashion, I mean just the fashion and fun to this. With modeling and dance, I feel there's kind of a natural connection to it, especially with runway and performing. I was always a ham on the runway, way over the top, dancing, and I'd get in trouble because I sashayed and swayed too much. I remember a big pivot in my modeling career; the powers that be in the 'high fashion' industry would say, 'She's doing all that commercial stuff like Victoria's Secret'. This was years before it was cool to be the girl doing math stuff and the cover of Sports Illustrated. I had to remember that I've done very Americana things with huge Americana brands, and to me, when it comes to TV, DWTS is that. It's almost like coming back to my roots, but on TV instead of the fashion world."

After forming her own production company (Bankable Productions) Banks has added executive producer to her credits. Be it America's Next Top Model (which she created), movies produced, or her eponymous talk-show, Banks' name has been synonymous with the creative side. Her hosting duties on DWTS is no exception. "I honestly didn't push for the EP title," she revealed. "It wasn't something my agents pushed, but it was important for me to have some type of producing role. Honestly, I was extremely flattered when the network said, 'We want you as an EP.' That touched me emotionally, but I also felt a huge possibility."

Receiving the title allowed Banks to reflect on her beginnings as a producer. "It was a bit of an uphill battle," she recalled. "Not to be an executive producer, but to be taken seriously as one. Early on America's Next Top Model, season one and two, I had a producer who was rude to me. I could have fired them but felt like that was the easy way out. Not until we debuted with super-high numbers, and the numbers climbed, did they say, 'I was so wrong about you. You knew what you were doing all along. I couldn't get past you being a model [but you] knew as much as I did if not more about producing TV.'

"That type of thing has always stuck with me no matter how successful I am as an executive producer," she added. "Creating shows, winning Emmys … when I am on that stage crying and holding an Emmy, I'm thinking about that moment of not being trusted. So when a network sees there's value, it's really touching."

When it was announced Banks would be joining DWTS (replacing host Tom Bergeron and co-host Erin Andrews), not all fans received the news with glittering fanfare. She found herself a part of the social conversation regarding diversity and inclusion, with many deducing her appointment as a knee-jerk reaction by the network. "A lot of people [thought that] it was just a reaction to the unrest in the country," she revealed. "Diversity and inclusivity are important! We need to see reflections of ourselves to feel any type of self-worth. If you can't see it, you can't dream it, and you can't achieve it.

"Disney/ABC called me before any unrest," she continued. "So it had 'zero' to do with what was going on and the negativity in the world. It takes a long time for deals to happen, and the day the press release was going out I was like, 'I know people are gonna say this. They're going to say that this is what it is.' But even if it was, that would just be that! It wasn't, [and] it's not a bad thing if it was. So with people knowing that truth, you can be mad that I'm the new host in that maybe it's a change, but it's not what you thought it was." 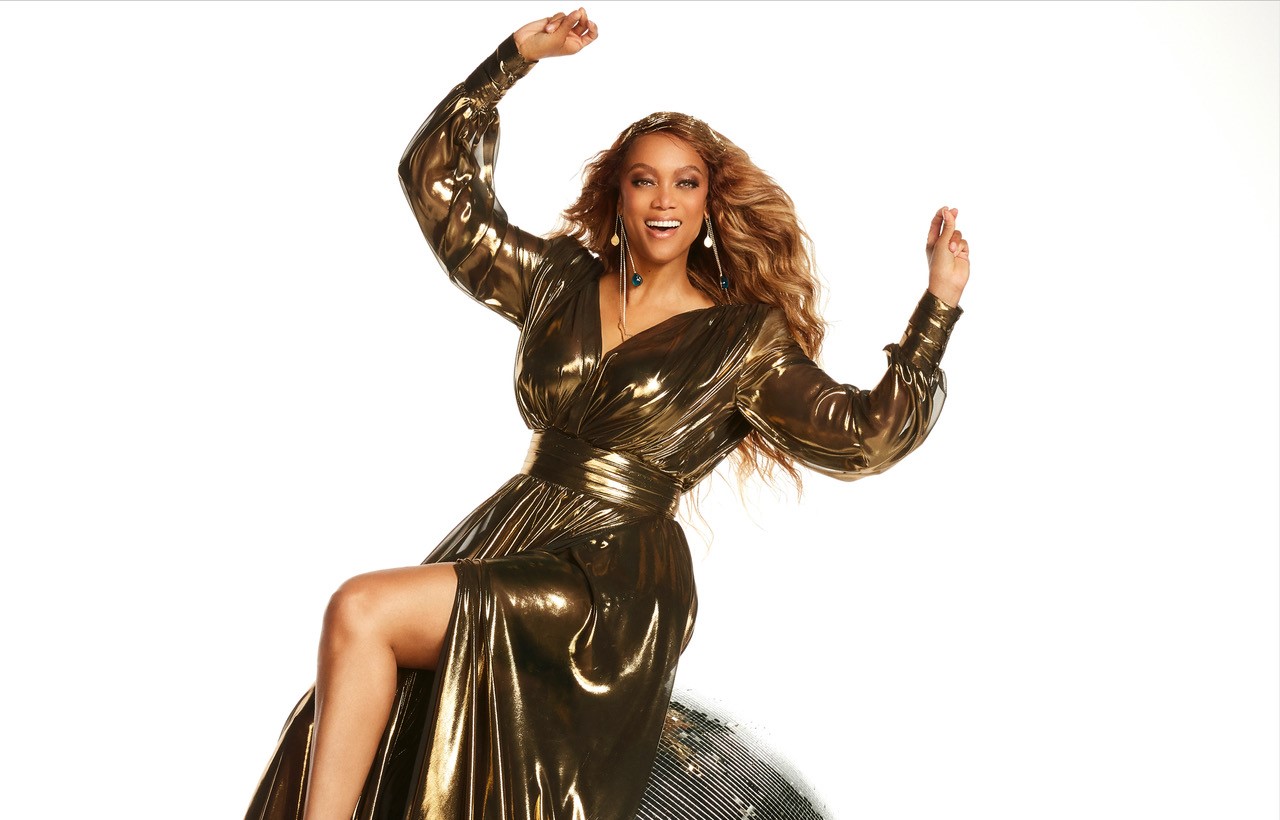 Not since Lisa Canning (season one), and later Samantha Harris, has a host/co-host of DWTS not competed on the show. Banks is looking forward to offering an objective take on the performances. "We have three expert judges," she laughed. "It's almost better that I have a visceral reaction, like the audience, and an emotional reaction. I don't know if they pointed a toe enough. I don't know if they cha, cha, cha, cha-ed one too many times? So, it'll be just what I feel, I think that's a plus."

Banks admits when dressing for DWTS, her stylist is, "Bringing it!" However, the COVID-19 constraints (social distancing and quarantining) required to get the show on the air will be tough. "HostingAmerica's Got Talent I was always hugging people," she shared in closing. "Wiping tears with my bare hands, is just who I am! So if somebody is eliminated and crying, I'll have to wave and give as much love with my eyes and spirit -- that is going to tear me apart!"

Photos courtesy of Dancing with the Stars / The Walt Disney Company