Ukraine: It's Not Just the Shooting War That Deserves Prime Time 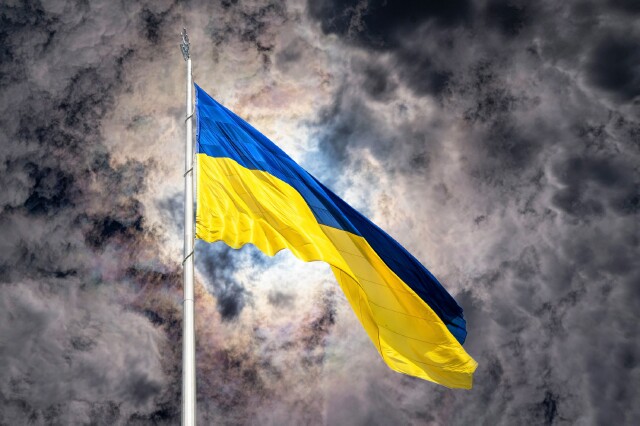 It might seem ridiculous to suggest that Americans who can daily view, hear, read and click on hundreds of stories covering Russia's war on Ukraine need more. The fact is, they do. When it comes to the latest on this historical turning point, whether the broadcast and cable audiences are casual news consumers, crisis junkies, or click-happy channel changers, they're barely getting a fraction of what they need.

What Americans need to understand extends well beyond Ukraine's battlefields. In Paris, Berlin, Budapest and elsewhere, elections, power struggles and policy decisions now unfolding will decide Europe's strategic landscape. The major dailies, many web outlets, national security policy journals and the foreign press are on top of the stories. But for news consumers who rely on broadcast and cable, these developments and their implications are receiving scant attention. They're no less important than the military play by play.

What's missing isn't real-time coverage of the war. From the destruction of cities and lives, war crimes and refugee sagas to the sanctions hitting Vladimir Putin's regime, stories on Russia's travesties, Ukraine's resistance and the consequences fill airtime, the web and print. Indeed, the often-courageous war reporting may be having unintended effects. According to a recent poll by Civicscience, the tally of people who said they are closely following events in Ukraine has fallen from 60 to 41 percent, suggesting many have a version of war-induced PSTD.

Events involve Europe's big powers as well as small. In France, the second round in presidential elections this month pits incumbent Emmanuel Macron against Marine Le Pen, the far-right leader whose affection for Putin rivals Donald Trump's. If Le Pen wins on April 24th, her victory is likely to fracture NATO's unity and Europe's cohesion, not only in confronting Russia today but also Putin's aggressions to come. That Le Pen is portraying herself as a populist to soften a far right-wing image can't conceal her history, including opposition to NATO and France's EU ties. In fact, Putin has cheered her nationalistic zeal, including underwriting her political cause.

In Germany, the success of Chancellor Olaf Scholz is no less consequential. Scholz must make good on his historic commitments to double defense spending, ship military aid to Ukraine and curb Russia's leverage as Germany's leading energy supplier. Half of the country's natural gas and a third of its oil imports come from Russia, presenting wrenching choices for Europe's largest economy. Scholz's pledges aren't pro bono policy changes to help Ukraine. Putin's aggression has revealed Germany's vulnerabilities after decades of underfunding its defenses while ignoring Russia's stranglehold on its energy supplies as well as potential military threat.

The challenges among NATO's front-line members are equally striking. In Hungary, President Victor Orban won re-election this month. His bromance with Putin, not to mention copycat anti-democratic domestic designs, are raising obvious questions among Hungary's NATO partners about the security of their flanks. Meanwhile, Romania, which shares the longest border with Ukraine among NATO members, faces a growing threat and military need as Russian forces consolidate their grip on Donbas, Crimea and the Black Sea coast.

For President Biden, of course, these and other developments across Europe are top of mind. His administration must make choices that not only build domestic political support for sustaining U.S. aid to Ukraine but also empower the President's role in leading NATO's response. Whether its forward deploying U.S. forces in Europe, or financing Ukraine's reconstruction along with allies, Biden will need to break new ground, making it important that Americans understand not only the continent's changing political landscape but also the challenges ahead.

Reporting the stories that will deliver these facts isn't beyond broadcast journalism's ken. To be sure, more extensive coverage of the impact of Putin's aggression on U.S. allies obviously will require beefing up reporting from their capitals. It will also require in-depth reporting to educate American audiences used to an on-screen international news diet that has treated such stories as hors d'oeuvres, rather than a main course. The news networks have an opportunity to do just that, not only by investing in the effort, but also partnering with news outlets abroad.

Take Le Monde, France's leading daily. The newspaper is launching an English language newsletter, hoping to hit a target of a million web subscribers in the United States and the United Kingdom by 2025. Or consider Russia's exiled media. Two weeks ago, Novaya Gazeta, Russia's last independent daily newspaper, closed its doors because of the Putin regime's draconian censorship. The paper is launching a new European-based edition staffed by its now expatriate reporters. Odds are their expertise on east Europe as well as Russia can't be beat.

Louis Dreyfus, Le Monde's chief executive, put it this way: “I think that with the U.S. there is an important population that will be happy to understand that there is another coverage of news that is not The New York Times neither The Washington Post.” Dreyfus was talking about the web and the world of print journalism. He could just as easily have included broadcast and cable news.