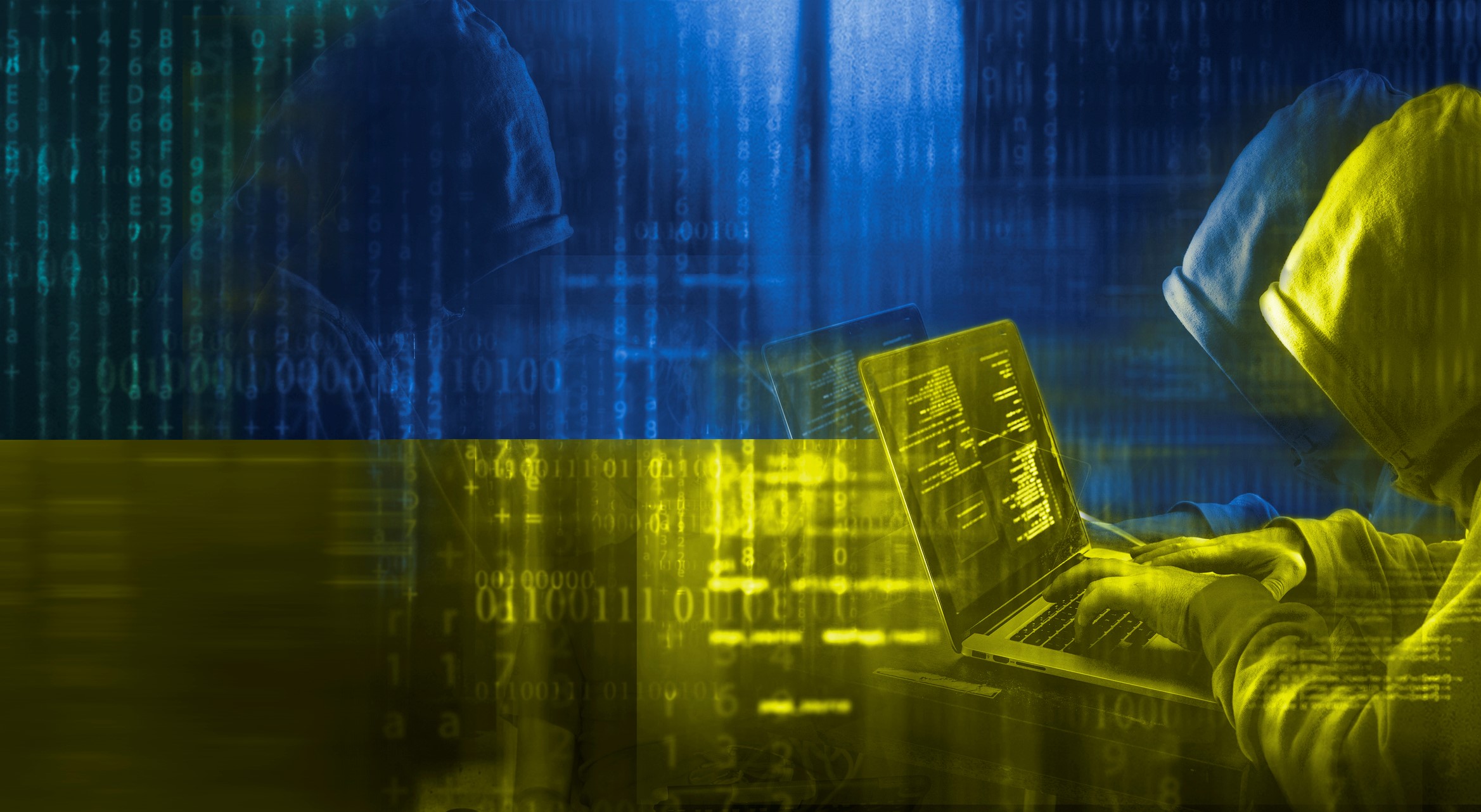 World War II, General George C. Marshall once said, saw the development of two new weapons: the airplane and the motion picture. Marshall was the U.S. Army chief of staff during the global conflict. In both the world war and as Secretary of State in the cold one that followed, he knew the big screen affected millions; making movies, just like the warplanes that put bombs on targets, was crucial to the national cause. If Marshall were here to witness Ukraine's battle against Russian invaders in 2022, he might well add its approach to cyber war to his list.

Marshall's recognition of the movie industry, of course, was alluding to much more than the morale-boosting value of Irving Berlin's patriotic musicals or Walt Disney's dictator-dissing Donald Duck cartoons. The five-star general was acknowledging Hollywood's leadership as well as its creativity and innovation. Eighty years ago, America's movie studios and their nationwide theater chains leaned into the war effort. In Ukraine's battle for survival, the country's technology companies are doing just the same.

A new report from Microsoft describes Ukraine's cyber challenge. "At least six Russian Advanced Persistent Threat (APT) actors and other unattributed threats, have conducted destructive attacks, espionage operations, or both, while Russian military forces attack the country by land, air and sea." The Russian tempo remains relentless, with cyber assaults on Ukraine's power systems, media and government services around the clock. Victor Zhora, the deputy chief of Kyiv's cyber defense agency, is optimistic. Ukraine's defenses can succeed, Zhora said, but he also affirmed "it would be a mistake to underestimate (the Russian) potential."

Ukraine's Ministry for Digital Transformation also is delivering its share of cyberwar successes. Led by Mikhailov Fedorov, the 31-year-old founder of a digital marketing start-up, the ministry was chartered in 2019 to focus on digitizing government services, and to promote the tech industry. Today, it's in the thick of the fight. A confidant of President Volodymyr Zelensky, Fedorov and his ministry have leveraged their connections to convince Apple, Google and Facebook to cut their Russian ties, added satellite services to enhance Ukraine's web networks, and fielded a cryptocurrency platform to collect digital donations to the national cause.

What would have caught General Marshall's eye, however, is Ukraine's offensive game, including the private sector's role on the cyber battlefield. Facing an invader with an advanced military three times its population, and a GDP ten times its size, Ukraine obviously is punching well above its weight. But conventional military conflicts are one thing, cyberwar another. With its 250-person, tech-savvy staff drawn from the start-up world that birthed Ukraine's technology companies, Fedorov's ministry is making the battle anything but a conventional fight. Indeed, it's not too early to suggest that the Ukrainians may well be establishing the organizational model for how cyberwar is waged.

Ukraine's volunteer "IT Army" is a case in point. The army launched only days after Russia invaded. Volunteers responded to Fedorov's sign-up call for software developers, marketing talent and security experts. Some 300,000 rallied, bringing talents that cover the spectrum from code writers to creatives. According to Wired, the "IT Army" is mounting a multi-pronged offensive: distributed denial of service (DDoS) attacks to incapacitate Russian websites, hacks that expose official Russian data, chatbots to collect intelligence on troop movements and daily on-line sharing of Russian web addresses to help divvy up the targets for take-down.

Ukrainian companies also are bringing the fight to Russia on their own. Take Netpeak, a digital marketer. With 900 employees, it's one of the country's largest IT companies. Netpeak has committed 20 percent of its staff to channel facts about the war to Russian audiences whose repressive regime has shut down independent media. Not surprisingly, Netpeak staffers are applying their marketing expertise. Paid promotions carry their messages on Facebook, YouTube and Google, and on VKontakete, Russia's leading social network, Yandex Direct, a prominent search engine, the video platform Rutube and the Telegram social media platform.

The numbers tell the story. From February 27th to April 12th, for example, Netpeak's social media campaign highlighted the Russian army's actions and their consequences in Ukraine to debunk Moscow's propaganda line. The campaign scored 788 million views in Russia and Belarus, the vast majority -- 529 million -- on Russian platforms. Meanwhile, in the same period, Netpeak's staff and volunteers used social media to reach out directly, contacting over 14,000 Russians via private messages and comments. They also posted some 2000 comments on Twitter and Instagram that, among other things, corrected misinformation online.

Amidst the conflict, Netpeak is continuing to operate its business even as it takes other initiatives. For instance, the company is reaching out to the users of Russian software products and services to inform them of compatible Ukrainian alternatives. Netpeak also is applying its skills to spread the facts about the war to European audiences. Indeed, Moscow has recognized its accomplishments. The Russians have launched two unsuccessful denial of service attacks on the company. Roskomnadazor, Moscow's media regulator and censor, also has officially blocked it on all Russian communications, IT and media channels.

Microsoft's report warns that the worst from Russia may be yet to come. "As the conflict persists and countries provide more military assistance to Ukraine or take more punitive measures against the Russian government," its experts concluded, "Russian … actors may be tasked to expand their destructive actions in retaliation against targets outside of Ukraine." For American IT executives as well as U.S. national security officials, Ukraine's successes are worth examining. So is Netpeak's leadership. It's a model of public-private partnership that General Marshall would have recognized.