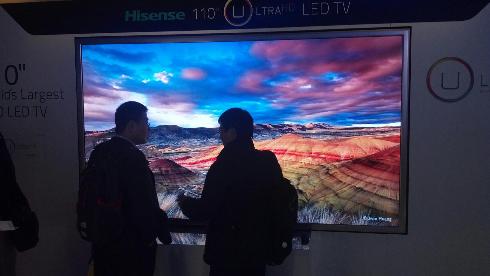 Massive Ultra HD TV or 4K sets were the new new thing at the last International CES and we will see incredible advances in the technology at the upcoming show. 4K picture quality is amazing, the color space is magnificent, and, to be as non-technical as I can be – the moment you see a 4K video displayed on a 4K screen that's as wide as an NBA player is tall, you will want one!

Why? Let's geek out for a second... HDTV or 2K (1080p) is what the industry is selling most of today. The best sets from Samsung, LG, Sony and other top manufacturers, display content with a resolution of 1920 x 1080 pixels with a 240 Hz refresh rate.

(AUTHOR'S NOTE: On Black Friday, Walmart is offering a 32" HDTV for $98. It's not a 2K (1080p) set, it's a Funai, 720p HD set with a 60 Hz refresh rate. Yes, it will play HD content, but it is the lowest resolution, slowest possible refresh rate device that can still be called HD. Should you buy one? This set normally sells for $149. All things being equal, would you purchase it for $50 more? Were you sitting up nights waiting for Walmart to discount your dream set by 33%? Either way, you have your answer.)

Geek Alert: 8K sets are on the way!

We know that the pace of technological change is faster than it has ever been, and is accelerating. Moore's Law (The density of transistors on silicon will double approximately every 18 months) posited by Intel co-founder, Gordon Moore in 1965, has been compressed to 8 to 12 months. So, will the technology advance so far ahead of the content industry that consumers will ignore 4K? It just might.

In the mean time, when you see LG's 77" curved OLED 4K set, you are going to want one immediately. You will not ask about content, you'll be happy to watch "Discovery Sunrise."

You don't remember the show? When HDTV was in its infancy, there was nothing to watch and very few networks were broadcasting HD content. If you had an HD set and an HD cable box your 500 channel universe instantly became an 8 channel universe. But... HD was such a powerful experience that people (me included) would prefer to "literally" watch the sun rise in HD ("Discovery Sunrise") than watch the news in SD. Dear Mr. Zaslav, this is a formal request for an all new series: "Discovery Sunrise 4K," but 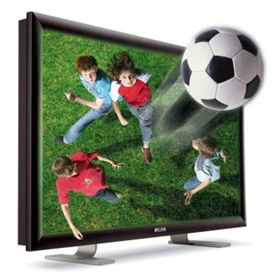 be sure to shoot it in 8K, because the 4K version may never need to air.

Thankfully, 3D is officially over.

CES will show us the latest and greatest Smart TV functionality from every manufacturer. This is a fragmented and confused universe. If you want to be schooled in the possibilities of Smart TV, hook up an Xbox One to your cable box and a big HD flat screen. The experience is instructive and, it will blow 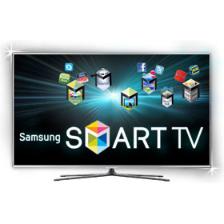 That said, Smart TV is here to stay. But, and it's a big but... TVs last for eight to 10 years or longer; computers last for one to three years. Is there a reason to pay extra for a computer built into your TV set that will be obsolete before the screen wears out?

A $35 Chromecast dongle turns anything with an HDMI socket into a Smart TV. Then there's AppleTV, Roku and a hundred other boxes that offer the same or better functionality.

Smart TV may be here to stay, but competition for the way you consume media is accelerating to a frenzied pace. There will be winners and losers, but it may be tough to decide who is who at first glance.

The upcoming International CES will be super-exciting. There's much, much more to see and do than ever before – and many more questions than answers. If you want help sorting it out, please visit www.cesfloortours.com there, you'll find information about some of the best ways to navigate the 3,000 exhibitors, 2 million square feet of exhibit space and 20,000 new product announcements at the 2014 International CES (January 7-11, 2014, Las Vegas, NV).

Director of Advanced Media Ventures Group, LLC an industry-leading advisory and business development firm and a member of the Executive Committee of the National Academy of Television Arts & Sciences (the organization that bestows the coveted Emmy® Awards). Palmer is the author of Television Disrupted: The Transition from Network to Networked TV 2nd Edition (York House Press, 2008) the seminal book about the technological, economic, and sociological forces that are changing everything, Overcoming The Digital Divide: How to use Social Media and Digital Tools to Reinvent Yourself and Your Career; (York House Press, 2011) and Digital Wisdom: Thought Leadership for a Connected World (York House Press, 2013). For more information, visit shellypalmer.com.